Gunn met with Disney's boss Alan Horn this week and was told his firing was not going to be overturned. 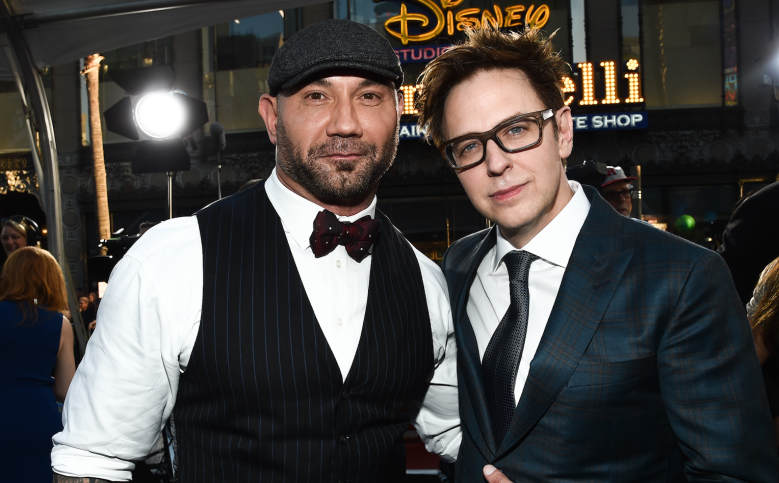 Dave Bautista has mocked Disney every step of the way since they fired his “Guardians of the Galaxy” director James Gunn on July 20, so it’s not too much of a surprise the wrestler-turned-actor took to Twitter to slam the studio following reports that Gunn will remain fired despite fans and the “Guardians” cast pushing for his reinstatement. Bautista, who plays Drax the Destroyer, evoked Donald Trump and MAGA when reacting to the latest news.

“Thanks, Disney!” Bautista sarcastically wrote, tagging Disney’s official account. The actor was responding to ScreenCrush’s article about the recent meeting between Gunn and Disney chairman Alan Horn. The filmmaker was informed at the meeting that he would remain fired from the “Guardians” franchise. The next “Guardians” movie is set to begin production at the start of 2019 and already has a tentative 2020 release date. Marvel boss Kevin Feige is expected to begin looking for a replacement director immediately.

While the entire “Guardians” cast published an open letter supporting Gunn after he was fired over controversial jokes he made on Twitter several years ago, Bautista has been the most outspoken of the group. The actor has made headlines for criticizing Disney, saying it’s “nauseating” to have to return to work for the company following Gunn’s departure. Bautista threatened to get out of his contact for the next sequel should Disney trash Gunn’s script.

According to Variety, Horn wanted to meet with Gunn this week in order to clear the air about the situation. The meeting between the two gentlemen was described as “civil and professional.” Sources say the studio is expected to keep Gunn’s script.

This Article is related to: Film and tagged Dave Bautista, Guardians of the Galaxy Vol. 3, James Gunn