It's the design of this pitch-black demon, not his dark-but-gooey soul, that makes Luci the key to a bigger, brighter Dreamland. 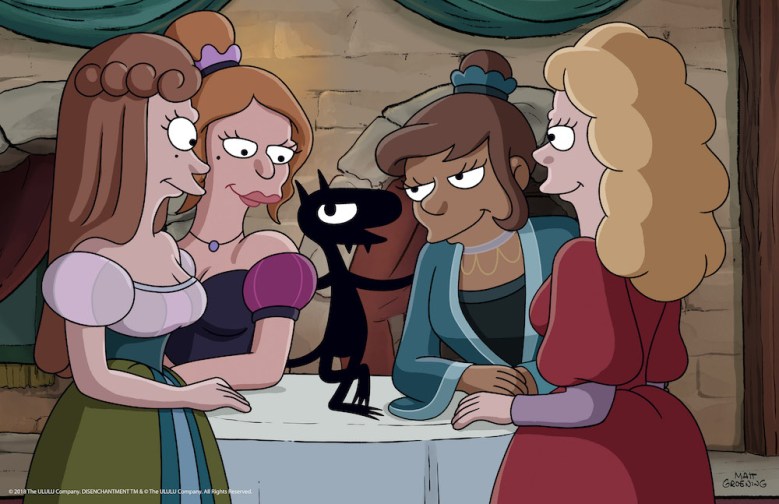 “Big things come in small packages” isn’t just a prosaic tagline from “Ant-Man & the Wasp”; it’s good advice for Matt Groening after “Disenchantment” Season 1, as the Netflix series needs to pay more attention to its tiny character with big potential. It’s the only way the little fellow is going to grow bigger and better — and take the series along with him.

To be clear, Luci only needs to grow figuratively; the demon voiced by Eric Andre, isn’t very big and that’s part of his charm. If Bean, his human captive (and… friend?), is the average height of a teenage girl — 5’4” — then Luci is about 1’2”. Plus, he can shrink himself enough to fit into a bottle much thinner than his hammerhead cranium should allow, and stouter than his already wee body could facilitate. Even when he’s not changing form, Luci hides in plain sight most of Season 1, pretending to be Bean’s cat even though he’s really her lifelong curse.

Given how Luci’s motivations are often stretched to fit the narrative — as lithely as a weary feline preparing for her afternoon nap — his disguise and shape-shifting ability are (pardon the turn of phrase) quite fitting, but still confusing. Yes, Luci delights in pushing Bean toward her baddest self early on, but it doesn’t take long for him to be making amends with Elfo and cluing in the King on his ex-dead, ex-wife’s evil plot. Even though Luci often wants to follow his demonic tendencies and make sure the worst option is the chosen option, he ends up keeping his fellow protagonists from messing up too badly. 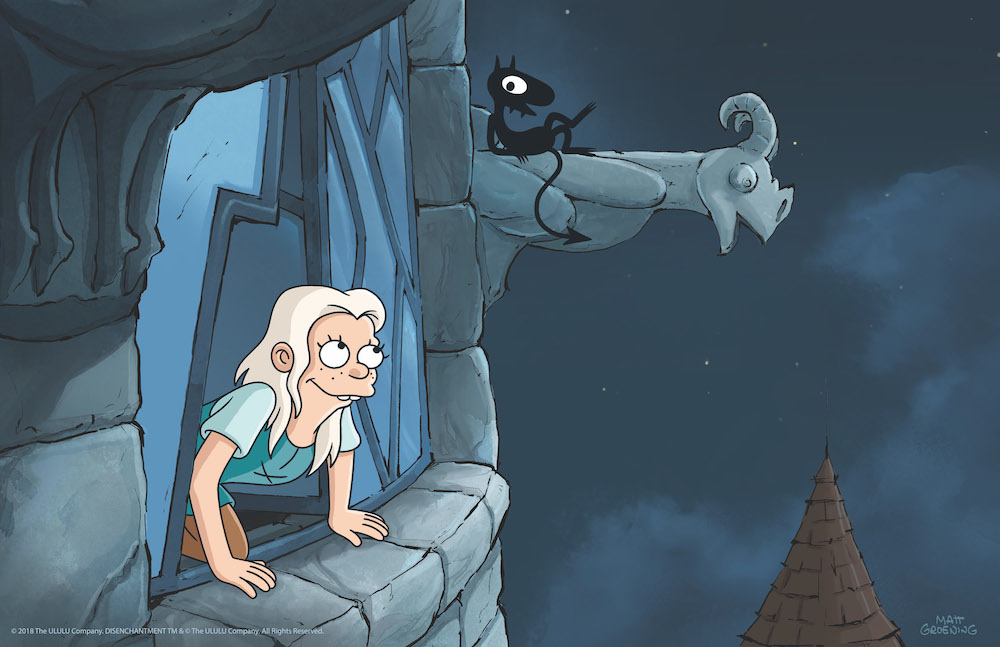 Some have compared the demon’s bad boy facade to another malevolent yet ultimately well-intentioned sidekick: Bender from Groening’s “Futurama” series. And while, yes, the more the robot and non-cat differentiate from each other, the better — if only to see more creativity in the TV creator’s latest creation — it’s not the faux bad attitude that’s the No. 1 priority for further development; Luci’s personality is alluring in his “snake in the garden of eden” kind-of magnetism and it’s familiar enough to appeal to general audiences as well as those looking for something a little unusual. His most innovative possibilities lie in how Luci’s basic look pairs with his mysterious abilities.

Upon first glance, Luci appears almost one-dimensional. In a world of round, pronounced noses and layered visual depth, the little black spot on the screen stands out because he’s basically flat. There are a number of shots where Luci holds out his arms and sticks out his tail when standing still, simply because it helps distinguish his features and make him look like more than just black spots on the screen. His edges are given a touch of light shading to help him stand out, but without his giant white eye, Luci would be a challenge to spot in many shots; like a “Where’s Waldo?” who’s wearing a striped black shirt with a solid black background and a ski mask over his head.

This isn’t lazy animation, though — far from it. Luci is otherworldly, so he not only needs to look different from the other characters, but separate from Dreamland itself. Moreover, he’s not a ghost; he’s an emissary of darkness sent by the folks looking in on Bean from a cauldron all season. So his shape-shifting and undefined abilities are an enticing bit of dark magic, with a mystifying motive. 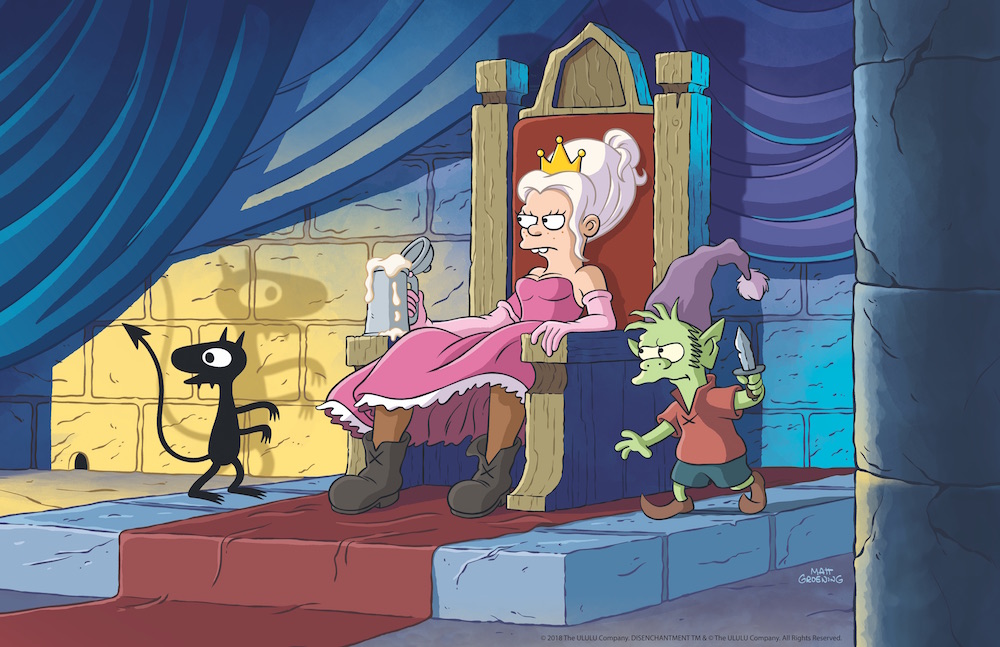 Yet what’s frustrating after the first season is how much more Groening & Co. could’ve done with the little guy. After all, he emerged from a ring box, flew into Bean’s mouth, and can apparate as he pleases, even though he’s solid enough to get kicked around the castle from time to time. Let’s see Luci take on more forms, play with his size more often, and generally wreak more havoc through his open-ended backstory. Not only would that add some surprises and a touch more life to the episodes, but the animators could go to town toying with perspective, bouncing Luci between one, two, three, and four-dimensionality.

By the end of the first season, “Disenchantment” started to better explore its storytelling potential. It founds quick means to add stakes and emotional resonance, and its added emphasis on serialized narratives didn’t hurt, either. Luci offers a chance to add more to the series’ visual palette as well as imagination in general. (And it would be a shame to waste Andre’s vocal performance, which is the perfect fit.) For as small as he may seem, the supporting character could be a very big deal for “Disenchantment.”

For more on the first season of “Disenchantment” and how Luci fits into the first season’s solid ending, make sure to listen to this week’s Very Good TV Podcast. IndieWire TV Editor Liz Shannon Miller and TV Critic Ben Travers dissect the various aspects of the season and dig into all things Netflix.

Don’t forget to subscribe to Very Good TV Podcast via Soundcloud or iTunes. Make sure to follow IndieWire on Twitter and Facebook for all your TV news. Plus, check out IndieWire’s other podcasts: Screen Talk with Eric Kohn and Anne Thompson, the Filmmaker Toolkit Podcast with Chris O’Falt, as well as Michael Schneider’s podcast, Turn It On, which spotlights the most important TV each week.

This Article is related to: Television and tagged Disenchantment, Netflix, Podcasts