As always, Netflix balks at these numbers, but early returns show strong sampling for 'The Simpsons' creator's new 10-episode show. 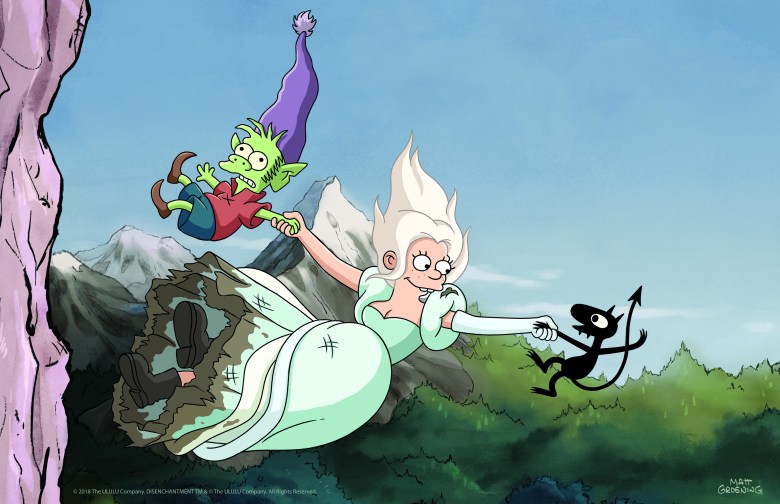 Among Netflix’s major mainstream releases, the new animated comedy “Disenchantment” may be one of its youngest-skewing. That’s according to Nielsen Media Research, which reports that the new Matt Groening series attracted an audience with a median age of 29 — making it younger-skewing than “Stranger Things” (median age for Season 2: 30). Of the originals that Nielsen has tracked, only “13 Reasons Why” and “Fuller House,” which median ages of 25 each, attracted a younger audience.

Per Nielsen, within the first three days of its availability (Aug. 17-Aug. 19), the show’s first 10 episodes received an average minute audience of nearly 2.1 million U.S. viewers. About 75 percent of that audience, or 1.6 million, was in the adults 18-49 demo.

As the usual caveat, Netflix continues to dismiss Nielsen’s numbers. “The data that Nielsen is reporting is not accurate, not even close, and does not reflect the viewing of these shows on Netflix,” a spokesperson said last year.

Nielsen has been working on its streaming ratings methodology for some time, but critics say its numbers are still underrepresented because it uses people meter boxes, the same ones that measure broadcast and cable ratings, for Netflix measurement.

That being said, here’s Nielsen’s breakdown of “Disenchantment” viewership in the first three days: 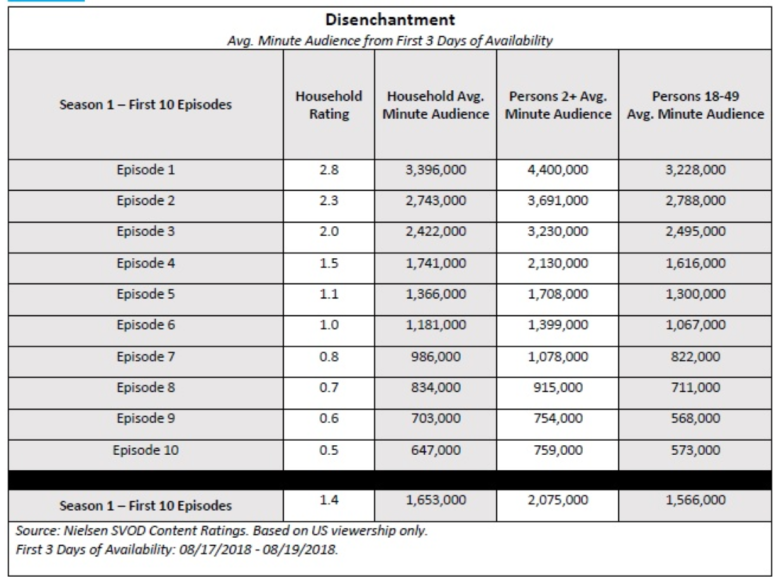 This Article is related to: Television and tagged Disenchantment, Netflix, Nielsen, Ratings