In the era of studios spending millions for the TV Academy voters' attention, one woman found a way to spotlight underdog nominees. 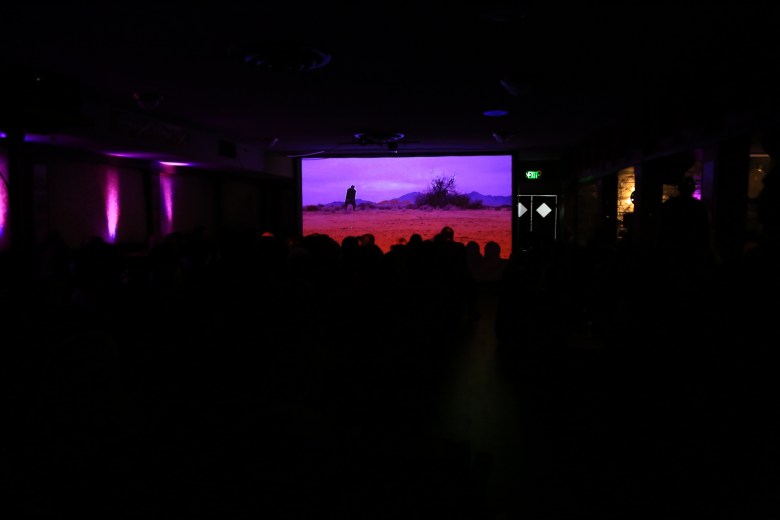 The fates of four Emmy nominees this year might have been very different, were it not for one May night at the Elks Lodge in Van Nuys.

On May 25, 2018, a standing-room-only crowd assembled at Lodge Home #2790 for an event dedicated to celebrating 35 potential nominees for this year’s Emmys — actors who had submitted their work to the Academy for voter consideration, independent of the studio machines that drive the bulk of awards season. That night, clips were screened for the 170 attendees, and two months later, on nominations morning, four of them received some very good news.

“It was the most worthwhile trip I have ever made to Van Nuys,” Naomi Grossman, now an Emmy nominee for the short form series “Ctrl. Alt. Delete,” told IndieWire.

Officially dubbed FYC US Independents, the evening was the brainchild of actor and producer Meredith Thomas. “I conceived of it a year ago,” she told IndieWire, because she had a venue she could use for free.

As the “Esteemed Leading Knight” (essentially second-in-command) at the Van Nuys Elks Lodge, Thomas has often used their facilities for events, from birthday parties to wrap parties for her films, and so the idea came to her to host something for actors who might otherwise struggle to be considered.

Said Thomas, “In my mind, I was like, what can I do for the underdog? Someone who doesn’t have money to throw at an event? How do I do it?”

Thomas isn’t just a high-ranking Elk — her recent resume includes appearances on “Angie Tribeca,” “Crazy Ex-Girlfriend,” and “Feud,” not to mention a whole lot of Christmas movies. And while she only just recently joined the Academy of Television Arts and Sciences as a member, Thomas said that she was proud of her performance in one of those Christmas movies, 2016’s “A Christmas in Vermont,” which then inspired her to “just put myself out there and put myself on the ballot.”

This led to her first experience with the whole process of campaigning for an award — and how tough it can be to make an impact as an independent creator. 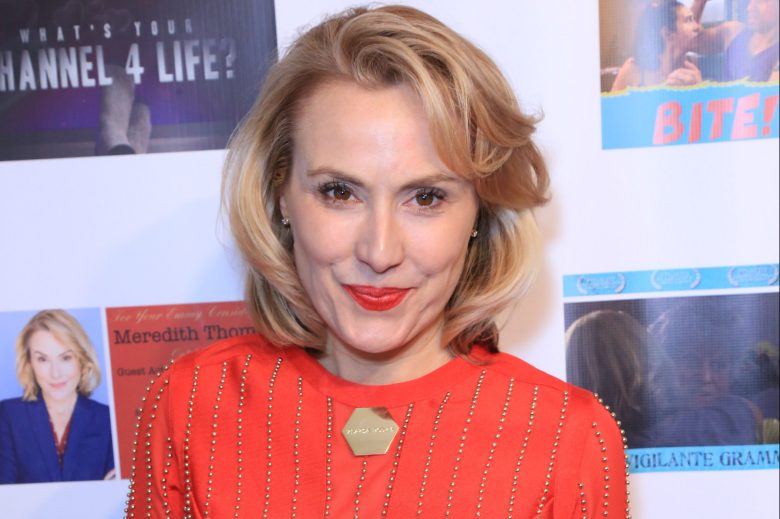 But earlier in the year, she attended an Emmys event titled “Get Whipped Into Submission,” which walked members of the actors’ peer group through the process of submitting themselves for consideration.

At that event, Thomas explained, another attendee collected email addresses that were then used to create a Facebook group for networking. And it was via this Facebook group where she shared the idea for bringing folks together for a screening. “I was so naive, thinking that five or six people were going to be like, ‘Meredith, yeah, I want to screen my stuff with you,'” she said.

Cut to “35 clips later, and me squeezing everyone in the week of the event.”

In order not to run afoul of any Television Academy rules, the name “FYC Us Independents” (it was originally “FYC Us Underdogs”) was chosen to deliberately avoid using the word Emmy, and Thomas made it clear that this was not a Television Academy-sponsored event. Thomas also asked all participants not to tag the Academy in any social media postings.

The evening featured a full red carpet with a step-and-repeat; and while the screening was free to attend, the option to purchase dinner and drinks was available: $5 a person for a meal of lasagna (meat and vegetarian), salad, bread, and dessert. Non-alcoholic drinks were a dollar, alcoholic beverages started at $3, with all proceeds going towards the Elks’ local charity initiatives.

The clips that were screened, Thomas said, represented 20 projects produced by women, 13 starring people of color, 2 projects starring disabled actresses, one nine-year-old aspiring creator. “And let’s not even get started on the people who are 40-plus [years old], who showed that they are still relevant on television,” she said.

From those screened, four people found themselves with nominations: Grossman, Miles Tagtmeyer (for the short form series “Broken”), Melvin Jackson Jr. (for “This Eddie Murphy Role Is Mine, Not Yours”), and Kelly Jenrette (for Guest Actress in a Drama for “The Handmaid’s Tale”). 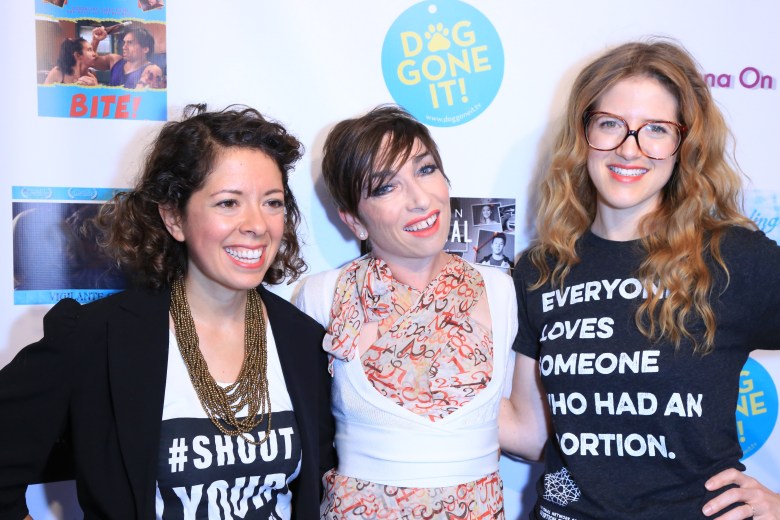 Jackson Jr. and Jenrette happened to have made history this year as the first-ever married African-American couple to be Emmy nominees in the same year. As a member of the initial Facebook group that led to Thomas’ event, Jackson Jr. told IndieWire that being a part of the FYC Independents event was a game-changer.

“We had to find a way to promote ourselves but still have something that we could support each other with,” he said. “And it opened up so many doors for everybody that was involved.”

Added Jenrette, “It was a wonderful event. It was very legit. What I love about it is that it created a sense of community amongst the underdogs. This was more just kind of all of us underdogs working together and supporting one another.”

For the record, there’s no rule against actors submitting themselves for consideration — in fact, the description for the “Get Whipped Into Submission” event included the following: “You don’t need to be a series lead to submit for a Performer Emmy nomination – but even if you are, should you rely on your producer, studio, or network to handle your submission? Is taking matters into your own hands self-serving and pretentious, or smart business?”

So Jenrette submitted herself for Emmys consideration, though she said that “The Handmaid’s Tale” team has been supportive of her chances. “Both MGM and Hulu sent over a congratulatory bottle of champagne,” she said, “and then Bruce Miller sent the most beautiful flowers that I have ever seen. They’ve been supportive in that way, and also they’ve been working with my PR team as well for different events and things that we have coming up.”

Jenrette is the one actor of the four who’s not nominated in the short form category, but she still considers herself a member of the underdog community. “I know that some people would look at me and they’re like, ‘you’ve been a series regular on a show and you’ve done other things.’ But I don’t know that I have a name in Hollywood,” she said.

However, the nomination does mean, in Jenrette’s words, that they’re on another level, “because we have the golden words that go before our names: ‘Emmy-nominated actor or actress.’ It just kinda takes us up a notch.” 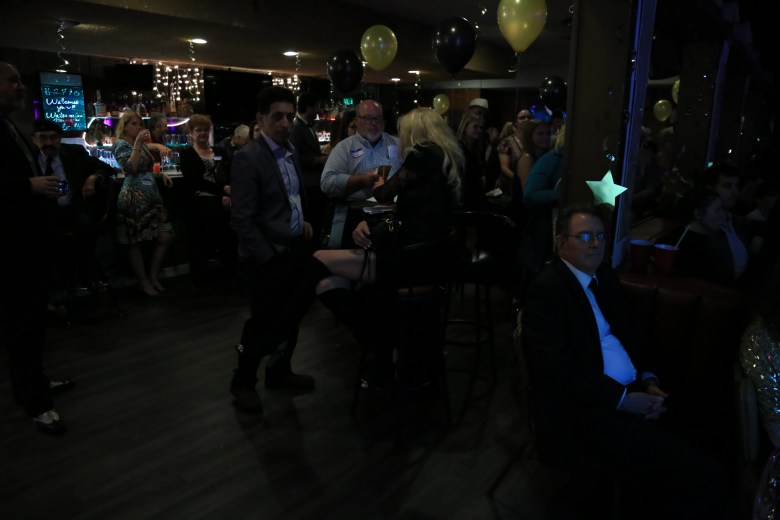 People mingle at the event.

Both Jackson Jr. and Jenrette hope to help “in any way she needs” with the future of Thomas’s event. “It was a beautiful thing, just to have the underdogs together,” Jenrette said. “It was a community that she created and I am so grateful for that.”

Thomas wants to keep hosting this event “for the next 70 years,” though knows that she’ll have to make adjustments. For one thing, there will have to be some curation involved in terms of who screens — one idea she floated was the idea of a blue ribbon community of actors who are also Elks members being involved in the selection, because “at the end of the day I don’t want to be the bad guy, because I’m everyone’s peer.”

In not curating this year’s clips, she noted, “I wasn’t afraid that I was going to get beat out by the competition that I essentially created for myself by hosting this event. I was more afraid that somebody not worthy would get a nomination because of what I’d done.”

More importantly, she said, “Now I know how it works and I know what the process is about. I think at the end of this, everyone will say it’s about the camaraderie. I know 35 people a lot more intimately than I did before.”

Plus, this community now knows her. “Nobody knew who I was,” she said, “but my clips were good and a bunch of people sat and watched them… Now people come up to me all the time and say we want you to be a governor. I didn’t even know what that means.

“I did not realize what I was doing,” she added. “It was blind faith.”

Thomas, it’s worth noting, did not get an Emmy nomination this year (she submitted herself for four different projects). “I gave everyone more time than I gave myself,” she said, but didn’t seem at all regretful about that. Would she be disappointed if she never won an Emmy? “If there’s a year that I feel that I absolutely deserved it and I should have been, then yeah. But you know what? I’m just going to keep doing it.”

This Article is related to: Awards and tagged Emmys, Meredith Thomas