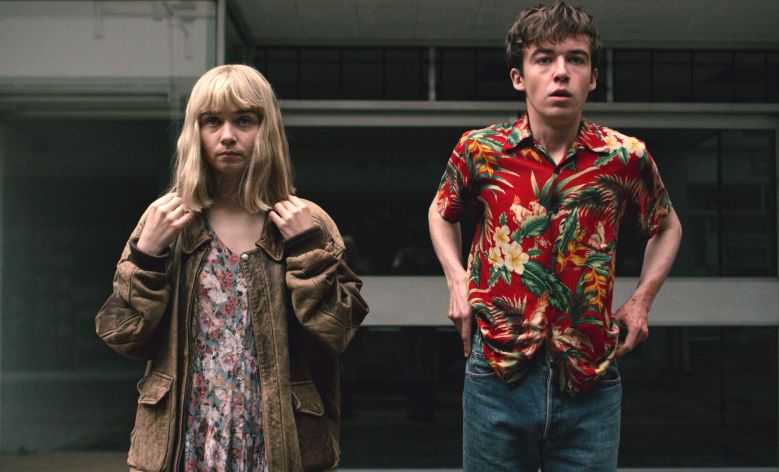 Jessica Barden and Alex Lawther, “End of the Fucking World”

Some said it would never happen. Other said it shouldn’t happen. But now it’s officially happening: “The End of the F***ing World” has been renewed for Season 2 by Netflix and Channel 4. Watch the announcement video below, but be warned: There are spoilers for Season 1.

Creator Charlie Covell has been retained to write the second season, which will continue to be adapted from Charles Forsman’s comic series of the same name. Covell, Murray Ferguson, Ed Macdonald, Andy Baker, Dominic Buchanan, and Jonathan Entwistle will serve as executive producers.

The second season will premiere globally on Netflix, except in the United Kingdom where it will air first on Channel 4. Season 2 will be produced by Clerkenwell Films and Dominic Buchanan Productions.

The Ringer‘s Alison Herman said the Season 1 finale was “seemingly definitive [and] definitely satisfying,” while Rolling Stone’s Alan Sepinwall put it all in his headline: “‘The End of the Fucking World’ Was Great: Let’s Hope Netflix Doesn’t Order More.” Still others, including IndieWire’s TV Critic Ben Travers, noted narrative possibilities that could be explored without damaging the preexisting ending and, as TV is known to do these days when facing success, the show is now officially renewed.

Though no official casting was announced, here’s the official synopsis for the series, courtesy of Netflix:

Based on the award-winning graphic novel, adapted by acclaimed newcomer Charlie Covell, the eight episode first season follows James (Alex Lawther, “Black Mirror”) and Alyssa (Jessica Barden, “Penny Dreadful”) – a self-proclaimed psychopath and a foul-mouthed rebel fed-up with her boring life. The two embark on a roadtrip to find a better life, and escape the impending doom of adulthood. As their chaotic journey unfolds, it becomes apparent that James and Alyssa have crossed a line and have no choice but to take it as far as they can…

we’ll be f***ing back. pic.twitter.com/K1Ai7iVeZD

“The End of the Fucking World” Season 1 is available to stream now on Netflix.

This Article is related to: Television and tagged Charlie Covell, Netflix, The End Of The Fucking World