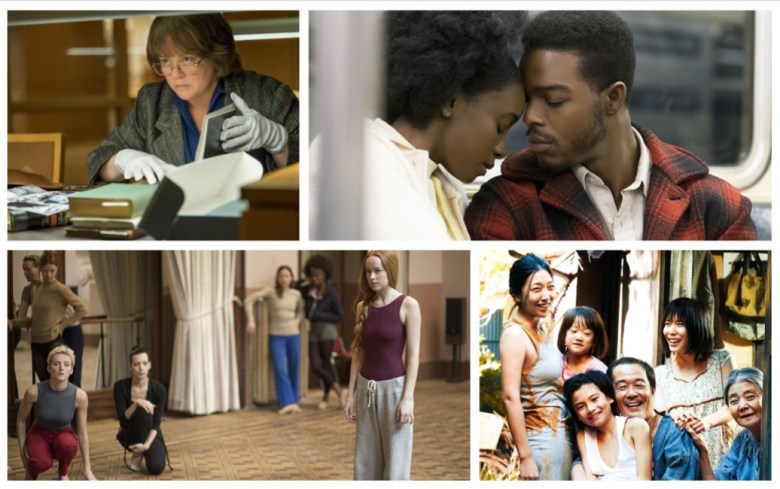 This week, IndieWire is rolling out our annual fall preview, including the very best indie movies coming out this year, all the awards contenders you need to know about, and even some blockbuster fare that will please the most discerning viewers. Check back every day for a new look at the best the season has to offer. 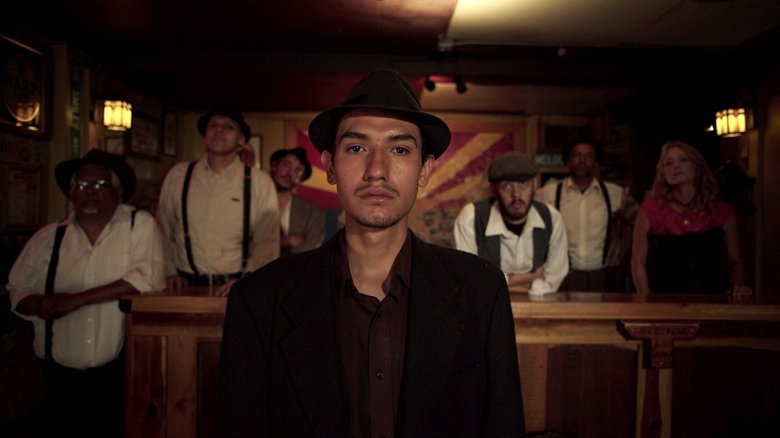 On July 12, 1917, nearly 2,000 striking miners — most of them Eastern European and Mexican immigrants — were rounded up by their deputized friends and neighbors, herded onto cattle cars, and abandoned in the middle of nowhere. Known as the Bisbee Deportation, this traumatic event has since benefited from an impressive act of collective forgetting, as many of the locals are descendants of those responsible and would rather ignore (or erase) that chapter of the history books. “Kate Plays Christine” filmmaker Robert Greene wasn’t going to let them do that. Greene, whose documentaries regularly invoke the past in order to make sense of the present,  descended upon Bisbee and instigated a group catharsis, encouraging residents to participate in a mass re-creation. The result is a singularly American riff on “The Act of Killing,” a fascinating and dream-like mosaic that’s less driven by residual anger than by cockeyed concern, less interested in exhuming the past than in revealing its value to the present. —DE 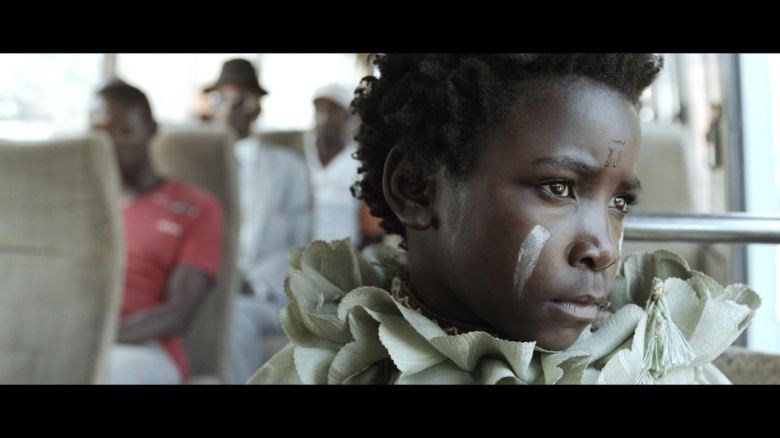 Rungano Nyoni’s feature-length debut follows a young Zamibian girl forced into a “witch camp” where she’s placed on display for eager tourists. The movie is at once a gorgeous, solemn look at the way a society’s rituals can lead to hysteria, and a scathing, at times almost shockingly funny satire of national corruption. Forced on television programs and into the center of outlandish rituals, the character becomes a vessel for the witch camp owner (John Tembo) in his shameless attempts to turn her into his property. With its risky tonal balance and unpredictable plot, “I Am Not a Witch” is unquestionably one of the most striking debuts of the year, a parable-like indictment of the tourism industry and the destructive effect when tradition runs headlong into capitalist desire. —EK 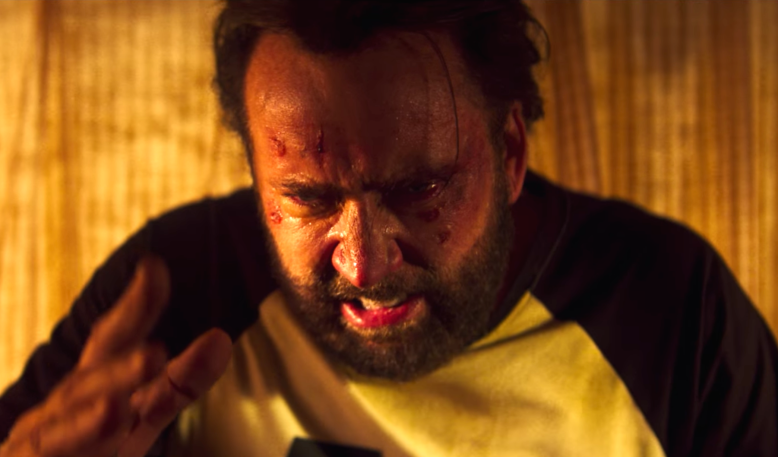 Even before Nicolas Cage does a line of coke off a shard of broken glass in “Mandy,” the movie has entered batshit insane territory. Panos Cosmatos’ followup to his wacky debut “Beyond the Black Rainbow” is another stunning dose of psychedelia and derangement, this one folded into the constraints of a woodsy revenge thriller, but that’s mainly an excuse for Cage to unleash his most psychotic extremes. Cosmatos gives him plenty of opportunities in this hypnotic midnight movie, which veers from astonishing, expressionistic exchanges to gory mayhem without an iota of compromise. For years, Cage has swung wildly in search of gonzo material; at long last, he’s found a movie willing to match his wild skill. —EK

Star-producer Chloë Sevigny is somewhat underwhelmed with Craig William Macneill’s “very restrained” direction of this film, a Sundance premiere she had once hoped to release as an HBO miniseries. But the New England period piece features entrancing cinematography from Noah Greenberg (“Most Beautiful Island”), and an unforgettable, inventive finale from screenwriter Bryce Kass: Lizzie Borden and her family’s maid (Kristen Stewart) strip down to kill Borden’s father and stepmother in a bloodbath. “The nudity is interesting and necessary, neither cheap nor exploitative,” wrote IndieWire’s Kate Erbland in her review. In real life, the crime led to what was called “The Trial of The Century” in 1893 — and Borden’s acquittal, though not in the court of public opinion. —JM 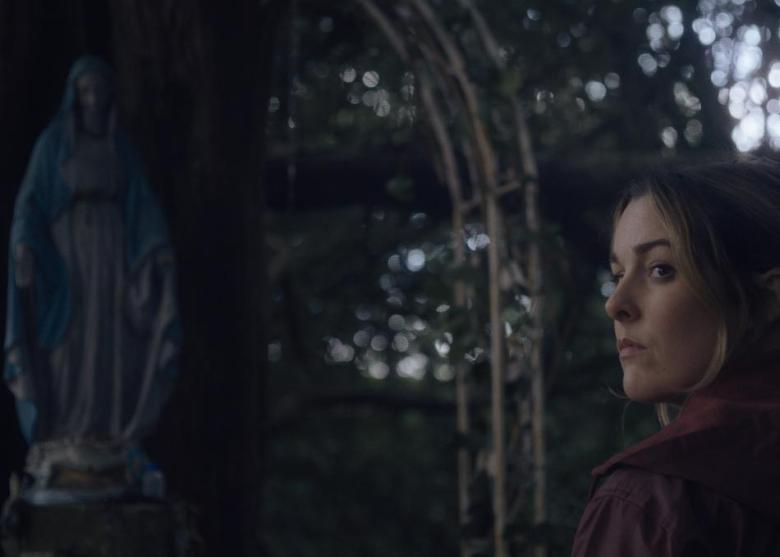 Michael Tully has built one of the more unusual filmographies over the past decade, veering from the druggy thriller “Cocaine Angel” to the documentary “Silver Jew,” the twisted family drama “Septien” and the coming-of-age comedy “Ping Pong Summer.” With “Don’t Leave Home,” he fuses many of those storytelling instincts into a fascinating whole, with a slow-burn thriller set in the Irish countryside. Building on a premise that suggests “Rosemary’s Baby” through the specter of Catholic guilt, and a kooky gothic setting right out of “The Addams Family,” this bizarre atmospheric horror effort hails from familiar storytelling traditions while remaining unpredictable throughout. The story finds American artist Melanie Thomas (a superb Anna Margaret Hollyman) accepting an offer from the mysterious Father Burke (Lalor Roddy) to visit him in the Irish countryside and produce a new work in the creepy setting, while grappling with the mysterious disappearance of a young girl that took place there ages ago. Tully hits plenty of familiar horror notes even as he connects them in fresh ways, building toward an unexpected climax that’s at once spiritual and ominous. —EK

The collaborations between director Jeremy Saulnier and writer-director Macon Blair have yielded some of the best indies in recent years, including “Blue Ruin” and “Green Room.” Netflix’s “Hold the Dark,” an adaptation of the novel by the same name, promises to be another superb indie filled with taut suspense and unexpectedly horrifying consequences. Starring Alexander Skarsgård, Jeffrey Wright, and Riley Keough, the film follows writer Russell Core, who is hired by the parents of a missing boy to track down their child in the Alaskan wilderness, where wolves have already taken three other children. But there’s something much darker at play, a mystery that will have deadly consequences for the small village and everyone involved. —JR

“Imagine if the comments section came alive and tried to kill everyone you know,” is how “Assassination Nation” co-star Bill Skarsgård described the film at Comic-Con. Writer-director Sam Levinson’s (“Another Happy Day”) defiant second feature also resembles “Mean Girls” set during “The Purge.” Modern Salem, Massachusetts pounces when its conservative mayor’s libertine ways are revealed in a data hack; 17,000 residents then face the identical fate. At the center of the madness is artist Lily (Odessa Young); she and her three best friends find themselves hunted by everyone from the cops to the boys they used to sext. Going into Sundance, there were few expectations for this low-budget, high body count midnight selection (Levinson ingeniously fibbed to producers about a planned house fire sequence to obtain extra funding). But “Assassination Nation” went to NEON and the Russo Bros.’ studio, AGBO, for at least $10 million, the biggest acquisition out of Park City in 2018. “Community” alum Joel McHale gives a supporting performance that should obliterate his nice-guy rep, and the brutal sound of a nail gun being used as a weapon might keep some viewers from ever entering a hardware store again. —JM 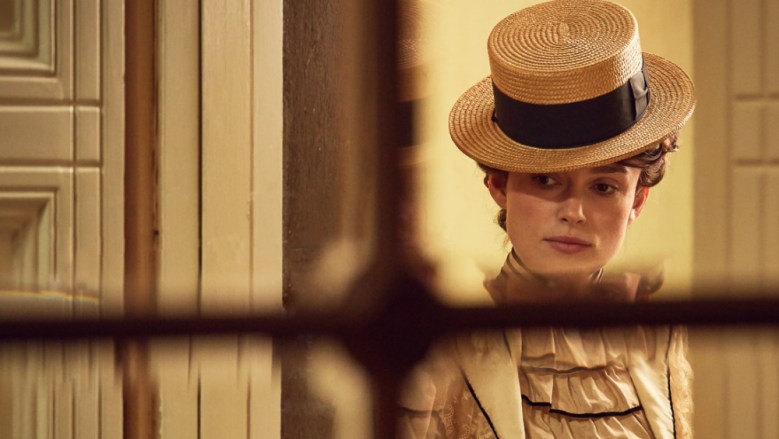 If the thought of Keira Knightley in an expertly-tailored tuxedo doesn’t raise your blood pressure, you may as well just quit while you’re ahead. Knightley has held a certain fascination for the Sapphic set ever since her breakout in 2002’s “Bend It Like Beckham,” and “Colette” is sure to fulfill the long-awaited promise of the more androgynous side of the charming Brit. The latest feature from “Still Alice” director Wash Westmoreland, who is openly gay, “Colette” is the perfect tale for the Time’s Up era. The film tells the story of Gabrielle Sidonie Colette, a writer who publishes under a pen name — Willy — for which her controlling husband Henry (Dominic West) takes credit. After the smashing success of her first novel makes them the toast of Bohemian Paris, Henry pressures Colette to continue writing for him. Her growing resentment sends her into the arms of the gender-defying Mathilde de Morny (Denise Gough), who inspires her to break free. Produced by Christine Vachon’s Killer Films, “Colette” premiered at Sundance to largely positive reviews. —JD

Page 1 of 3
Continue Reading: 29 Indie Gems and Festival Favorites to See This Season, From ‘If Beale Street Could Talk’ to ‘Suspiria’