TCA: The star also hints that a "Cheers" reboot has been discussed. 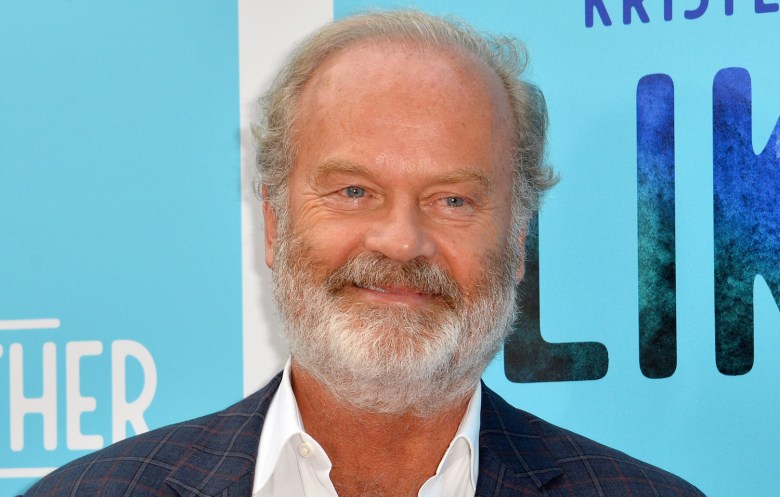 Kelsey Grammer is willing to entertain a return to the small screen as Frasier Crane, a role he played for two decades via “Cheers” and “Frasier.” But, he cautions, the idea of a “Frasier” reboot is still very much “in the early stages. I have a wonderful life. I played Frasier for 20 years. It might happen again, it might not.”

Crane warns that he’d only agree to revisit the character if it was a “really great” pitch.

“We just have to make sure it’s going to be a great show,” he told reporters on Thursday at the Fox portion of the Television Critics Association press tour, where he was there to promote his new network drama, “Proven Innocent.” “If it’s not a great show and we don’t hear a pitch that really hits it out of the park, it probably won’t happen.”

It’s all talk, and that includes where Frasier might be in this new iteration. As Grammer noted, when “Frasier” completed its run in 2004, the character was seen moving from Seattle to Chicago.

“We have no idea what happened to him after that,” he said. “He was a wonderful character to play.”

But is Grammer nostalgic for the role? Not exactly. “I don’t miss him necessarily because I’m playing some great stuff now and having a lot of fun,” he told reporters.

Of course, Frasier could always pop up on another reunion: “The idea of a Cheers reboot is something else that has crossed people’s minds,” he noted. “But I’m not in charge of that.”

Should “Frasier” return, Grammer wouldn’t necessarily be enticed by a short order. “Honestly, the work is great once you start doing it, multi-cam is fantastic, you have a great life and a good career at the same time,” he said. “There would be nothing wrong with doing a full-blown season if that were the case.”

Asked if he’d be able to entertain both a “Frasier” reboot and his new Fox series, Grammer added, “Networks have decisions to make about stuff like that. I don’t believe in exclusivity.”

CBS TV Studios owns “Frasier” and “Cheers,” and would shop a reboot should it come to pass. That might make CBS a natural home; the Eye network is also fielding a “Murphy Brown” reunion this fall. Grammer doesn’t think he’d end up at the old “Frasier” home, however: “I think NBC may not be interested, it might just go someplace else.” Perhaps a streaming service? “Possibly,” he said.

“Frasier” aired for 264 episodes between 1993 and 2004. David Angell, Peter Casey, and David Lee created the series based on the “Cheers” character.

After “Frasier,” Grammer has continued to alternate between comedy and drama; his recent series have included Amazon’s “The Last Tycoon” and Starz’s “Boss.” “There’s comedy in every drama, drama in every comedy,” he said.

This Article is related to: Television and tagged Frasier, Kelsey Grammer, TCA