Episode 13: The outstanding drama, comedy, and limited series Emmy races may appear to have their frontrunners, but surprises are possible at next month's ceremony. 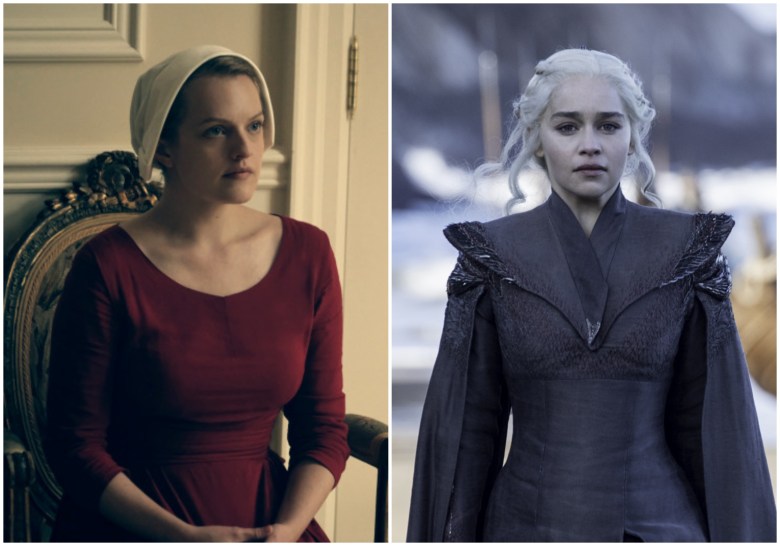 “The Handmaid’s Tale,” “Game of Thrones”

In drama, frontrunner “The Handmaid’s Tale” seems poised to repeat last year’s win, given the show’s continued critical acclaim and timeliness. But “Game of Thrones” is back in the hunt, and hungry to recapture the Emmy it won in 2016. Neither show has face off with the other until this year — who will win? And what about a farewell nod for “The Americans” shocking both?

As for comedy, “Atlanta” appears to be the frontrunner, especially given this season’s creative triumph, and the ongoing multimedia success of creator/star Donald Glover. But Amazon put a lot of resources into promoting “The Marvelous Mrs. Maisel,” which could very well swoop in with a win.

And in limited series, “The Assassination of Gianni Versace: American Crime Story” seems to be the favorite, but “Godless” and “Patrick Melrose” are very much in the hunt.

You can subscribe here or via RSS. Share your feedback with Thompson and Kohn on Twitter or sound off in the comments. Browse previous installments here, review the show on  and be sure to let us know if you’d like to hear the hosts address specific issues in upcoming editions of Screen Talk. Check out the rest of Indiewire’s podcasts on iTunes right here.