The Pope of Filth stopped by New York's IFC Center last weekend to celebrate what he called "the only radical movie I ever made." 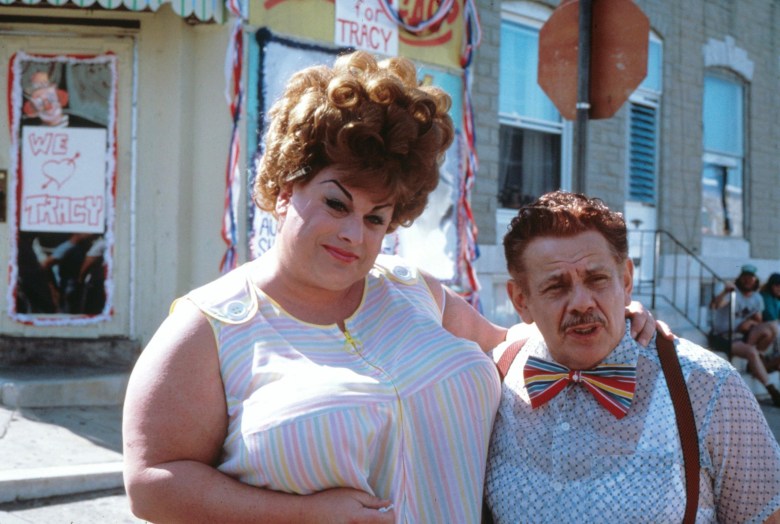 “Hairspray” is John Waters’ most commercially successful film — the 1988 dancing comedy spawned a hit Broadway musical, a movie and TV movie of that musical, plus multiple sequel and TV show offers that never saw the light of day. “‘Hairspray’ is the gift that never stops giving,” Waters told an adoring crowd at New York’s IFC Center this past weekend, the theater where “Hairspray” first opened thirty years ago. It was called The Waverly Theater back then, and Waters, looking dapper in a purple pinstriped suit, recalled that night as one of the last times he saw his friend and muse Divine before his death.

“We got out of the limousine and there was a huge crowd that went crazy when Divine jumped out, and it was such an exciting night,” Waters said. “I only saw Divine alive one more time after that night, so it was a great, great night to remember. He was so happy. He got a great review in The New York Times. Pauline Kael praised him.” (The rave appeared in The New Yorker, where Kael said it was “really Divine’s movie,” calling him “W. C. Fields in drag.”)

“This movie is the only radical movie I ever made because it snuck in mid-America. Even racists like it,” Waters said in his opening remarks. After the screening, he was joined by Michael Musto and original cast members Leslie Ann Powers (Penny Pingleton), JoAnn Havrilla (Prudence Pingleton), and Holter Graham (I.Q. Jones). Powers was a particularly special addition, having “disappeared” in the years since the film’s release. “I haven’t seen her since we made the movie,” said Waters. “We’ve been searching for her for years, even Ricki Lake couldn’t find her when she had her TV show.” 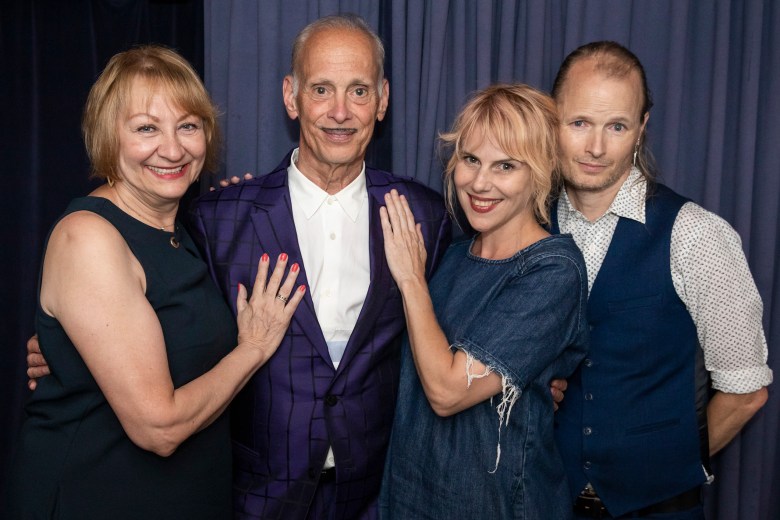 John Waters and members of the original cast of “Hairspray”

The night was full of delightful anecdotes, including these ten you may not have heard before.

1. Tracy Turnblad is based on John Waters as a teenager in Baltimore.

“I was Tracy,” said Waters. “We hung around with black and whites together, which you couldn’t do. The black cops would stop us and say: ‘This isn’t Greenwich Village, you know. You’re in Baltimore. You can’t do this.’ I remember once we all got arrested at the drive-in for underage drinking, and the black kids didn’t get out and the white kids did. The white kids’ parents came and got them. That really hit home then.”

He adde, “That scene where Tracy and [Link] are making out outside and the homeless guy walks up the street singing, that is exactly true. I used to lie in bed at my parents’ house, and there was an African-American community up the street and they went by singing along to the radio. So that was all true in a way, in a weird way.”

2. “The Corny Collins Show” was based on Baltimore’s “The Buddy Deane Show,” which never successfully integrated.

“The girls’ hair was higher, the pants were tighter, and in real life it went off the air because they wouldn’t integrate it. So I gave it the happy ending that we had,” Waters said. “How ‘The Buddy Deane Show’ really went off the air is the white kids crashed Negro Day to integrate it. That’s what really happened, and the show shut down.”

3. Waters once got kicked off “Buddy Deane” for doing “The Dirty Boogie.”

While he wasn’t on the committee, Waters occasionally danced on the show as a guest. “We would always do ‘The Dirty Boogie,’ the one you aren’t allowed to do,” he said.

4. All of the dances seen in the movie were real 1960s dance crazes.

“All of those dances were real, they were real dances, we didn’t make any of them up and two were cut out. The Stupidity, where you act mentally ill. …The Bug’s easy, you just catch a disease and throw it to someone else,” Waters said. 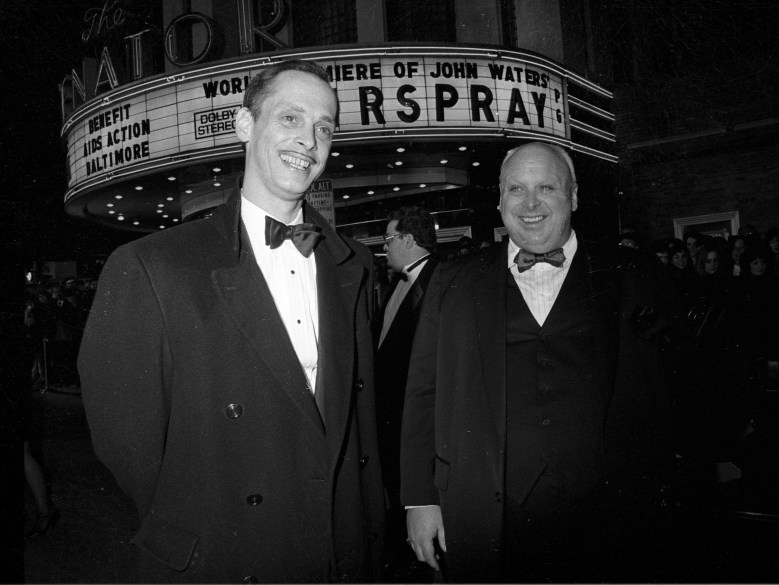 5. Divine was originally supposed to play Edna and Tracy.

“Originally, I had it, the idea was Divine was gonna play the mother and the daughter like in ‘The Parent Trap.’ New Line [Cinema] wouldn’t let me,” he said. “Maybe that was a good choice because Divine was 40 then.”

6. Baltimore locals thought Divine was a real woman from the neighborhood.

“She played against-type, certainly. The very first day on the set, I didn’t recognize Divine,” the filmmaker said. “And the other ladies in Allentown — blue-collar neighborhood in Baltimore — were talking to her and saying, ‘Yeah, what kind of movie is this?’ They thought she was a real woman that lived on the street, you know. And Divine said, ‘What drag queen would allow themselves to look like this?'”

7. Divine padded her breasts with lentils. 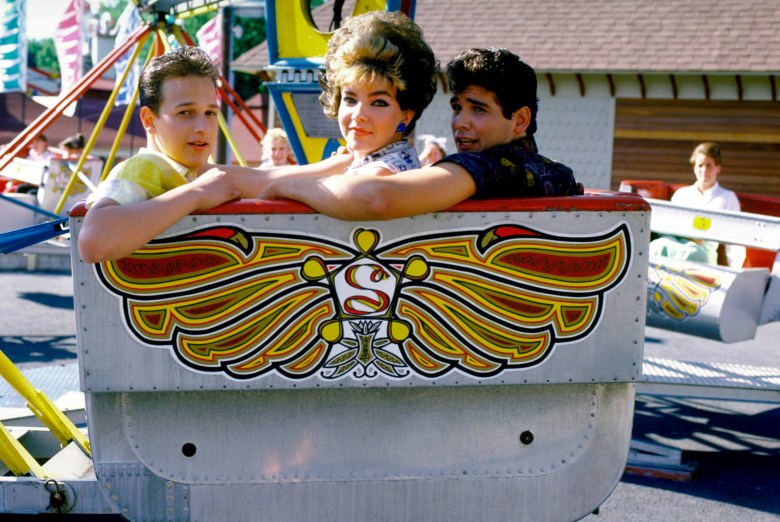 8. “The Good Wife” star Josh Charles played one of the “Corny Collins” dancers.

“Hairspray” was the actor’s first film, before “Dead Poets Society,” which came out the next year. He was 16 at the time of filming.

9. Divine was a pothead.

Waters: “We used to go to the hotel and he’d say, ‘Come in,’ and he’d be in bed with a cleaning woman smoking pot.”

10. One of Waters’ favorite lines got cut.

It was Tracy saying to Link: “Please don’t look at my legs without the benefit of nylons.”