The film debuts in select theaters and on the streaming service on Sept. 28. 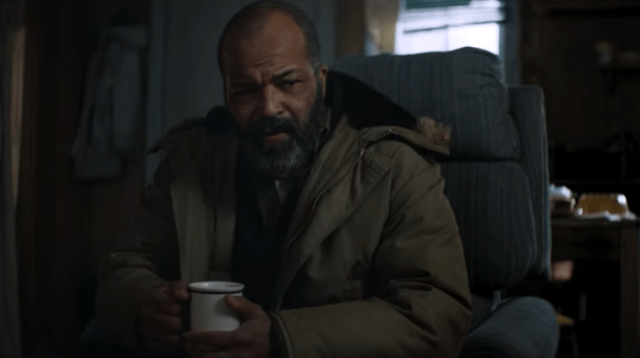 Jeremy Saulnier is following up 2015’s genre hit “Green Room” with “Hold the Dark,” a Netflix original film about a man fighting nature to save a young child. Jeffrey Wright leads a starry cast including Riley Keough, Alexander Skarsgård, James Badge Dale, and Julian Black Antelope. Saulnier’s frequent collaborator Macon Blair wrote the screenplay, adapted from William Giraldi’s 2014 novel of the same name. “Dark” will have its world premiere at the Toronto International Film Festival on September 12, and the film debuts on Netflix and in select theaters on Sept. 28.

Saulnier recently spoke to IndieWire about the epic scale of the production.

“There’s scenes in the Iraq War,” he said. “There’s a lot of outback Alaskan landscapes. There’s aerial sequences. We’re dealing with bison and lynxes and wolves and all kinds of creatures. That was great to not build a contained environment and really milk it for all it’s worth like I did in ‘Green Room,’ but really bend my will around the landscape and the needs of the animals and to keep it very grounded and realistic, and not indulge in artificiality and exactly what I wanted every time.”

He also discussed dealing with the difficulties of the production.

“When you are under the gun trying to punch above your weight class, the epic scale of the movie versus your budget, you have to conform,” he said. “You definitely don’t have to retreat or concede; you have to bend to the will of the universe.”

This Article is related to: Film and tagged Hold The Dark, Jeffrey Wright, Jeremy Saulnier