Good intentions won’t crown a beauty queen, and they don't come close to making up for a slew of narrative, technical, and performative mistakes. 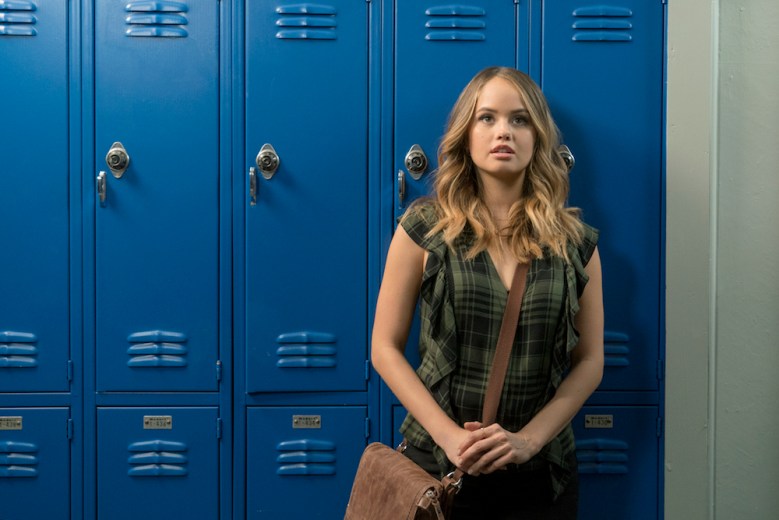 “Insatiable” is about a 17-year-old girl who loses a lot of weight, immediately transforms into a bombshell, and gets recruited to become a beauty pageant queen. Yet no matter what assumptions you think you can make about the 12-episode narrative based on this seemingly straightforward plot summary, think again. Heroes are villains, villains are heroes, statutory rape is a joke, and people — people! — are murdered, all in a high school “comedy” primarily obsessed with winning a fancy tiara. Lauren Gussis’ disastrous hodgepodge of mistakes is an absolute mess, and it marks the worst Netflix original series yet to be released.

In summation, there’s not one thing that needs to be said about any of its lamentable traits — there are dozens. So below, IndieWire has tried to sort through the jumble of unintentional red herrings and unfortunate double entendres to identify one reason per episode you, dear reader, should stop watching. Maybe you won’t, based on this intro or other negative reviews you’ve checked out. (There are many.) But in case any of those delicious takedowns piqued your interest in seeing a train wreck, or you simply have no self-control when it comes to bingeing new Netflix entries, let these spoiler-filled examples dissuade any interest from watching.

Of note: Such thorough evaluation isn’t meant to pile on, nor is it some sort of twisted revenge — “Since I had to watch it, you’re going to read about it!” It’s because recognizing flaws can lead to less of them in the future, or, if you’d rather, it’s because if enough people do watch “Insatiable,” Netflix might pick it up for another season. And that’s no good for anyone. 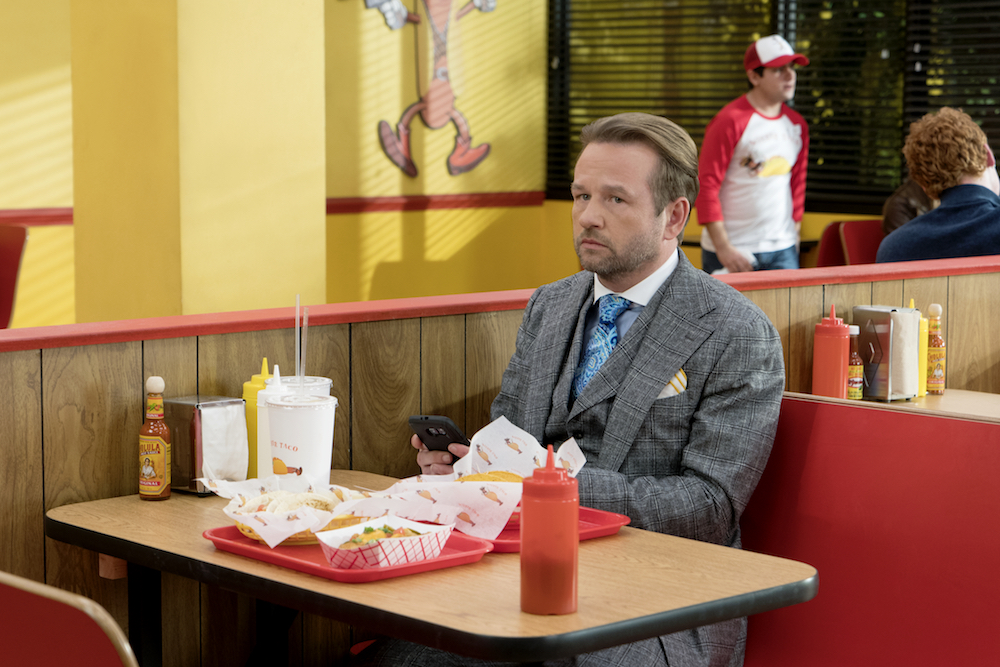 Problem: Sexual harassment is a joke.

While introducing Bob Armstrong (Dallas Roberts) as a defense attorney by day, pageant coach by night, the pilot uses flashback to show how he went from one of the most sought after instructors in the biz to a man no one will touch with a 10-foot poll. Such isolation wasn’t really necessary to get him to coach Patty Bladell (Debby Ryan) — after all, the two leads meet when she hires him to be her lawyer — so the reason for Bob’s ouster isn’t even necessary.

After his contestant loses a pageant, her mother blames Bob, rushes the stage, and accuses him of “disturbing” her daughter. “He touched her hoo-hoo!” Regina screams to the crowd. “That was it,” Bob says in narration. “I was an accused molester saying the victim had made it up — which was almost as bad as if I’d actually done it.”

Hoo boy. Where to begin? Perhaps it’s most important to remind men that being accused of something is never as bad as doing it. Also, such a joke negates the feelings of actual victims, since that’s what so many defenders of the accused argue — that the accusation is as bad as the act. And finally, that the accusation is done thoughtlessly depicts other accusers as irrational, vengeful idiots who make up claims to get their way. In reality, it’s very hard for anyone to come forward with such information.

Maybe this last point is coming from an overly sensitive place, but we’re living in a sensitive time. “Insatiable” taking sexual harassment lightly in 2018 only makes the joke feel so much grosser.

Problem: One of the protagonists acts like a pedophile.

By the second episode, Bob is leaning toward “total creeper” classification, and that’s not the intention. Sure, he’s kind of contradicted himself with the whole “I don’t believe in destiny, but I do believe in fate” stuff (which pops up to contradict itself in the finale, as well), and it was already a little creepy the way he secretly propositioned Patty to become his beauty pageant protege. But then he follows a drunk, underage girl — Magnolia, played by Erinn Westbrook — up to her room with no one else in the house and watches her undress. That he explains away his perceived intentions in voice-over does nothing to lessen the overall bad vibes coming from our second lead protagonist (or only protagonist, if you believe Patty is the villain). And that’s just a big picture note on what makes “Insatiable” hard to watch. 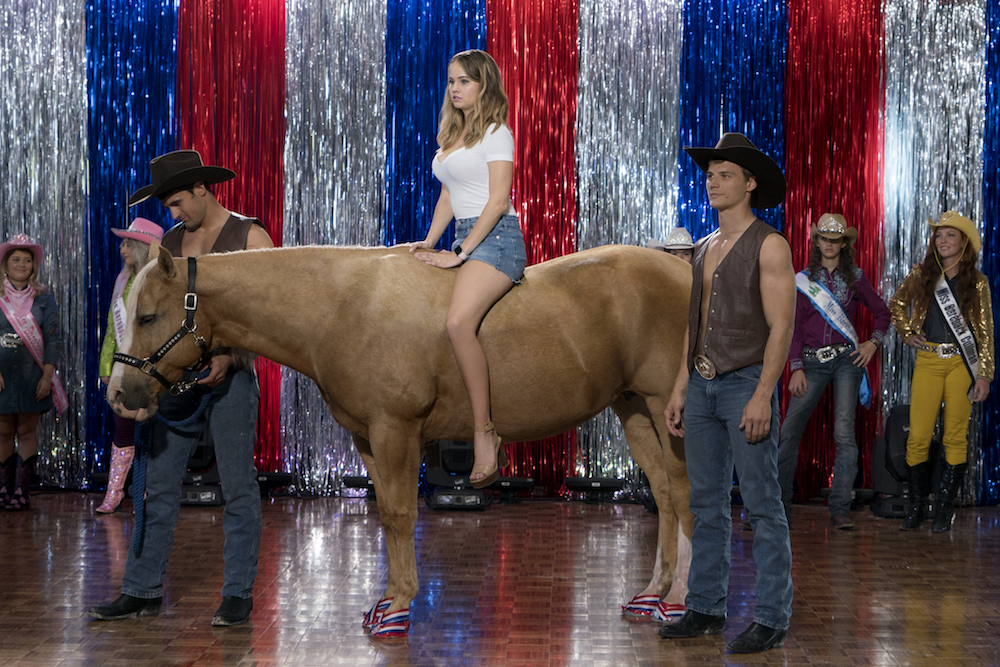 Oh no, already to Episode 3, and no updated plot summary. Here goes: Patty met Bob, Bob recruits Patty as his beauty pageant contestant, and now Bob is seeking assistance from another coach — his former mentor, Stella Rose (Beverly D’Angelo). Much more has happened (including Patty strongly considering killing a homeless man, twice), but the major problem worth noting in this episode is character transparency.

There’s a scene where Stella tries to poach Patty by talking shit about Bob, and even though Patty thinks she’s in love with Bob (oh boy, more pedophile vibes), she believes Stella. Stella’s argument is less than convincing, but worse yet, the audience is supposed to believe Patty is smart, and a smart girl would never fall for such an obvious ploy. “Insatiable” often treats its characters like props, in that they do whatever is needed to motivate more drama, instead of what they would actually do if they were real human beings. This isn’t even the first example of unconvincing development — it’s just one of many.

Problem: Don’t make the audience invest in a will-they-won’t-they romance with a middle-aged man and a high school girl.

For a moment, “WMBS” feels like it’s trying to course correct. Most of the arc focuses on Patty moving past her crush on Bob as she bonds with his wife, Coralee (Alyssa Milano). But then, in the final moments, Coralee pisses off Patty, and Patty seeks her revenge — doubling down on her love for Bob in the process. Not only does the choice keep a skeevy storyline going far longer than it needs to, but it ruins all the work done to get past it throughout the episode.

Though nothing about Patty’s relationship with her best friend, Nonnie (Kimmy Shields), is handled well, the unspoken acknowledgment of Nonnie’s homosexuality lasts too long, especially when the only perceptible reason is because the writers like winking at the audience too much. For instance, after about a half-dozen lines indicating Nonnie is attracted to Patty over the first four episodes, the two hug in Episode 5 and Patty says, “I know you’re not gay.” The line is clearly dubbed; added in post to emphasize Patty’s obliviousness to her best friend’s feelings. That makes the joke they’re going for — that the audience knows Nonnie is gay — all the more squeamish, since they didn’t trust viewers to pick up on the crazy obvious point themselves. Just get over it already, have the discussion, and progress the story. It’s no fun watching poor Nonnie suffer for our semi-bemusement.

This Article is related to: Television and tagged Insatiable, Netflix, TV Reviews