Season 13 of the FX cult comedy will take on #MeToo and Time's Up. Watch out. 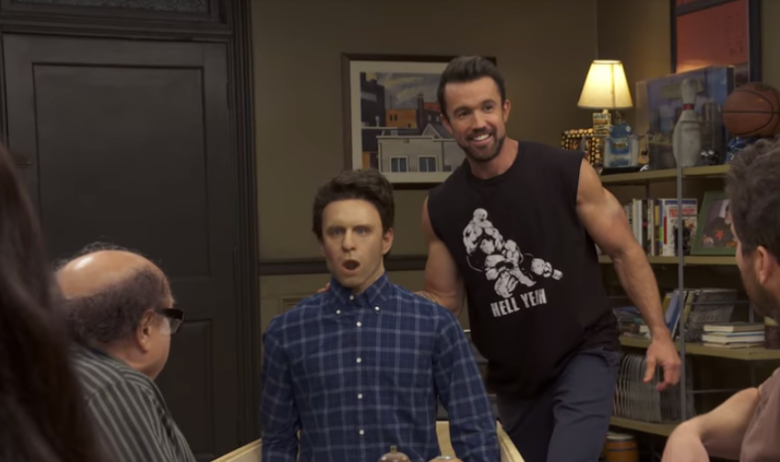 “It’s Always Sunny in Philadelphia” is taking on #MeToo in Season 13, and Mac whipping out a sex doll of Dennis in the official trailer is just a taste of what’s to come. FXX’s comedy returns on Wednesday, September 5, and co-creator Rob McElhenny seems ready to tackle buzzy topics with his signature skewed take.

In the newly-released trailer, the gang heads to sexual harassment training, where Mac (McElhenny) promptly attacks Dee (Kaitlin Olson). He’s also ordered a life-size sex doll of Dennis (Glenn Howerton) to ease the pain of losing his best friend. Howerton will only be returning to Paddy’s Pub for “some episodes” of the 13th season, Olson said in April. Dennis left the bar for his secret life in North Dakota at the end of Season 12, and Howerton wrote on Twitter in January: “We take that plot choice seriously.”

Luckily, there are plenty of Mac and Dee shenanigans the ease the pain, as well as the show’s dynamic duo of Charlie (Charlie) Day and Frank (Danny DeVito).

The official FXX synopsis reads: “The gang has its hands full as Charlie hopes to have a child, Mac explores his sexuality, Dee takes feminism to new heights, and Frank tries to experience the greatest moment in Philadelphia sports history.” Other details for the season are slim, but there will be one all-women episode.

Watch the trailer for Season 13 of “It’s Always Sunny in Philadelphia” below.

This Article is related to: Television and tagged It's Always Sunny in Philadelphia