"I believed there was still a stigma to being in the situation as a male in our society," said the former child actor in his first public statement. 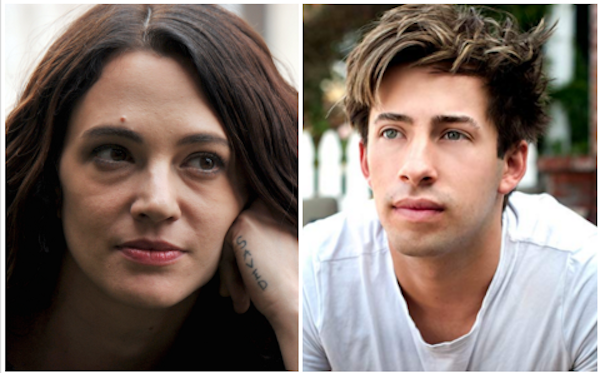 Jimmy Bennett, the former child actor who accused #MeToo leader Asia Argento of sexual assault, has spoken publicly for the first time about the allegations. In a statement provided to The New York Times, Bennett said he waited to speak out until now because he was “ashamed and afraid to be part of the public narrative.” Bennett, who acted in a movie with Argento when he was 7 years old, alleges the incident took place in 2013, when he was 17; Argento was 37. He claims the assault took place in a hotel room in California, where the age of consent is 18.

“I was underage when the event took place, and I tried to seek justice in a way that made sense to me at the time because I was not ready to deal with the ramifications of my story becoming public. At the time I believed there was still a stigma to being in the situation as a male in our society. I didn’t think that people would understand the event that took place from the eyes of a teenage boy.

On Tuesday, Argento responded to a recent New York Times article alleging she settled a sexual-assault case with Bennett by paying him $380,000. “I strongly deny and oppose the contents of the New York Times article…as circulated also in national and international news,” she said in a statement made to IndieWire via her agent. “I am deeply shocked and hurt by having read news that is absolutely false. I have never had any sexual relationship with Bennett.”

“We are confident in the accuracy of our reporting, which was based on verified documents and multiple sources,” a spokeswoman for The Times responded.

“Many brave women and men have spoken out about their own experiences during the #MeToo movement, and I appreciate the bravery that it took for each and every one of them to take such a stand,” said Bennett. Read his full statement here.

This Article is related to: Film and tagged Asia Argento, Jimmy Bennett, MeToo