Russell worked with Gunn in "Guardians of the Galaxy Vol. 2." 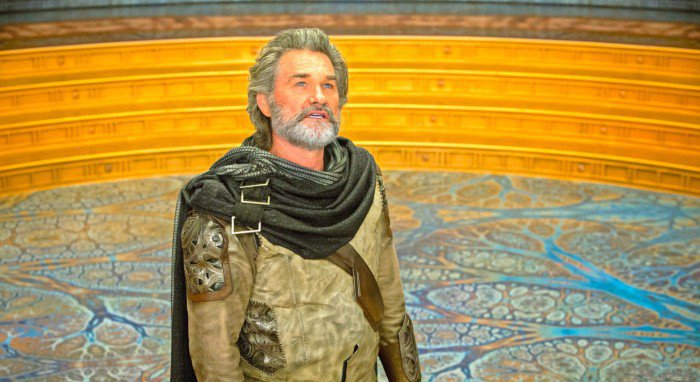 Kurt Russell in “Guardians of the Galaxy Vol. 2”

After the entire main cast of “Guardians of the Galaxy” signed a letter in support of James Gunn, who was fired from the franchise by Disney after offensive tweets from years past resurfaced, Kurt Russell has added his voice to the chorus. Russell, who had a supporting role in “Guardians of the Galaxy Vol. 2,” said Saturday that he thinks “we’re getting a little too sensitive” and that he hopes Gunn is forgiven.

“It’s sad. But it’s a part of our fabric now and I get it,” Russell told Variety. “But I do think we’re getting a little too sensitive on maybe some of the wrong people.”

“You have to realize that when you are in that world as a comedian, a writer, whatever you’re always stretching the boundaries and trying to find something which lead him to something that the world loves, which is ‘Guardians of the Galaxy,’” Russell added. “He has a wonderful heart and a wonderful mind. I hope he is forgiven.”

“Guardians” star Dave Bautista was among the first to go on the record in support of Gunn, even before he and his fellow cast mates wrote their letter; in addition, Selma Blair has quit Twitter in solidarity with the filmmaker and a petition was launched calling on Disney to rehire him. In spite of that, it was reported earlier this week that Gunn’s ouster is likely permanent.

This Article is related to: Film and tagged Guardians of the Galaxy, James Gunn, Kurt Russell