In this contribution from the Locarno Critics Academy, a look at several young filmmakers workshopping their films at the festival this year. 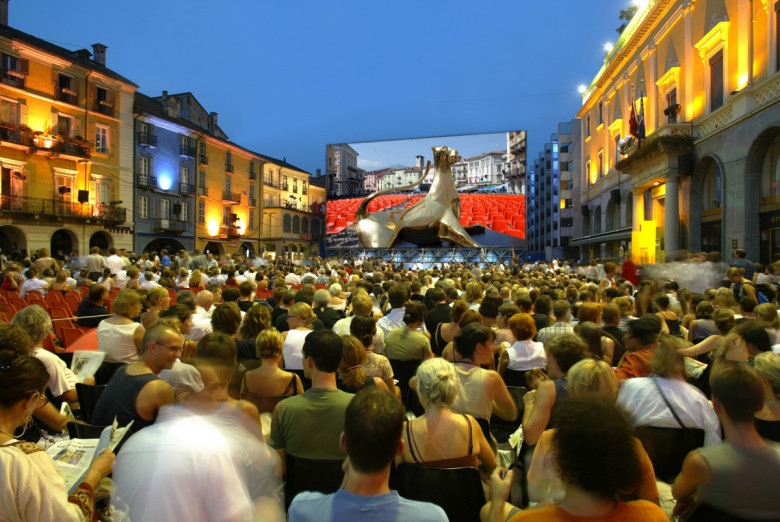 The following article was produced as part of the 2018 Locarno Critics Academy, a workshop for aspiring film critics that took place during the Locarno Film Festival.

The annual Filmmakers Academy at the Locarno Festival in Switzerland selects some of the most promising talents in contemporary film from around the world, offering them vital networking opportunities, screenings at the festival for their existing short films, and masterclasses with a line-up of guest directors. This year’s talks from established filmmakers included musings from Bruno Dumont and festival jurors Jia Zhangke and Sean Baker.

During the festival, five participants spoke about their work to date, their aspirations, how the conditions for filmmaking in their home countries have informed their career progress so far, and what they expect to do next.

Based in and originally from São Paulo, Brazil, Carolina Markowicz has written and directed five short films to date. “Tatuapé Mahal Tower” premiered at TIFF in 2014, as did “Long Distance Relationship” at the 2017 installment, before a festival tour at the likes of SXSW, Melbourne and many more. Her most recent short film, “The Orphan”, premiered at Director’s Fortnight in Cannes this year and won the Queer Palm. Following its showing at Locarno, “The Orphan” will receive its North American premiere at the Toronto International Film Festival. Some of her films can be found on her Vimeo, while others are currently available on international VOD services, including iTunes.

On the topics of staying in Brazil for future projects and filmmaking opportunities there, Markowicz described the situation as “complicated, especially when you’re doing your first or second feature. The funding bodies tend to favor those who already have many features in their credits, which is a struggle for young filmmakers. I don’t have plans of leaving my country right now, but I would like to live or work somewhere else for a while.”

Her feature film debut, “When My Life Was My Life” will be shot mid-2019. She described it as “a dark-humored look at an absurd mafia that replaces vegetative relatives of poor families with fugitives in need of hiding. The story is a cynical look at the absurd, and how we became immune to it nowadays.” Two cast members from “Wild Tales” (2014), César Bordón and Rita Cortese, are confirmed to star.

From Cairo, Sameh Alaa makes his own films in Egypt but also works in Europe. His first short made outside of school, “Fifteen”, premiered at TIFF in 2017, later winning an award at the Montpellier Mediterranean Film Festival. He tells us it will air on French cable channel Canal+ this fall, but also that he will upload it online for interested viewers sometime next year.

On the subject of the Locarno Filmmakers Academy, Alaa cites masterclasses with the likes of Bruno Dumont as one of the highlights of the events on offer, as well as “making new connections and learning from other people’s experiences.”

“It’s very complicated to make films in my own country,” he said of Egyptian filmmaking opportunities, “especially as I did not graduate from a film school there and getting permissions is a bit complicated.” Although he was able to take a few filmmaking courses while studying Literature in Egypt, he describes the experience of being an assistant director on a few commercials and one feature film as “not useful at all”, as he wanted to make his own films. Alaa went on to study Film Directing at The Film and TV School of the Academy of Performing Arts in Prague and then at EICAR, The International Film and Television School of Paris.

Regarding further projects, Alaa said his next short is filming soon, while he is also developing two feature film scripts, one of which – “a musical horror set in Cairo” – he plans to shoot next year.

Manila-based Filipino filmmaker Carlo Francisco Manatad applied to the Locarno Filmmakers Academy not just for the networking and educational opportunities, but, in his words, “because I wanted to expand my definition of cinema.” The festival has also previously been one of the stops for his short films as a director, alongside Cannes, Busan and Toronto. In addition to directing, Manatad has also worked on over 60 features as an editor.

“I had been a film editor for nine years already before I started directing,” he said of his career. “I was just lucky that I started early when the digital indie boom in our country started. I went to film school in the Philippines, one of the few ones. It helped me, but it was more the experience of getting to work with people locally and internationally that helped my progress in terms of filmmaking.”

He indicates he plans to continue working in the Philippines. His first feature, a multi-national co-production called “Whether the Weather is Fine” is a project he’s been working on for almost four years, in collaboration with various talent labs at festivals around the world. In terms of his existing work, his 2015 short “Junilyn Has”, which played at Locarno that year, is the easiest to see, as it is currently available on VOD platform Kinoscope.

Amanda Nell Eu lives and works in Kuala Lumpur, Malaysia. Her most recent short, “It’s Easier to Raise Cattle”, premiered at the Venice Film Festival in 2017. She is currently developing her first feature, a recipient of the Hubert Bals Fund, and also plans to shoot her next short this September.

“There are many opportunities for people to work in the commercial world,” she said of early industry paths in Malaysia. “I see many young directors work their way up by directing television commercials since the jobs are there and the pay is alright. Unfortunately, the commercial film industry in Malaysia is not as developed, and filmmakers tend to be paid much less and are working longer hours on film shoots.”

This has made the life of a Malaysian filmmaker quite difficult. “Many of us have received accolades internationally but these are unrecognized back in our home country,” she said. “We have to rely on international funds and grants, which is an extremely competitive world. My biggest sadness is that a lot of our great films that travel to festivals and win awards are never seen by the Malaysian people due to censorship reasons or the fact that the Malaysian audience simply refuses to watch local cinema.”

Omer Tobi is based in Jaffa, the predominantly Arab part of Tel-Aviv in Israel. His recent short, “Set Me as a Seal upon Thine Heart”, played at Sundance earlier this year and also screened at Locarno. His previous short, “Hounds” (2015), won a Grand Jury Special Mention prize at AFI Fest, Best Comedy at Aspen Shortfest, and Best Independent Short film at Haifa International Film Festival, and played at over 40 festivals around the world.

Tobi said he identifies as “a gay man living in a city shared by Jews and Arabs on the shores of the Mediterranean sea, while dealing with life in a dominant western culture. The thing that inspires me most in my creative work as a director and screenwriter is exploring and diving into issues and politics of identities. I was born into a reality that forces me to create in the complex framework of my identity, which makes me the person I am.”

Regarding filmmaking in Israel, Tobi described the opportunities as “similar to the European system, via funds and development tracks. But rather than the funding track I believe in the need of a creator to have a bold enough vision and to be in a high-volume communication with his audience in order to pave a track to his next project.”

He started making online videos at the age of 20, some of which went viral. “I totally believe that a creator needs to grant the first opportunity to himself, which is the freedom to be independent, to create content with zero budget,” he said. “From that point, I believe his path becomes more interesting because he has the opportunity to present his point of view to the world without being edited.”

Tobi is currently in production on his first feature, expected to shoot during 2019. In addition to film work, he has also co-created a primetime drama series, “Eyes”, for which he’s both screenwriter and director, which is currently in production. He has also developed another TV show, an LBGT-themed crime series, for Keshet International. “I would very much like to continue making movies in the Middle East,” Tobi said. “It’s both an exciting and depressing place, but I have an urge to succeed in bringing my stories to bigger audiences. I’m curious to see where the wind takes me; at this point I’m like Pocahontas.”

This Article is related to: Film and tagged Locarno, Locarno Critics Academy