In this dispatch from the Locarno Critics Academy, several new films explore the past with fresh techniques. 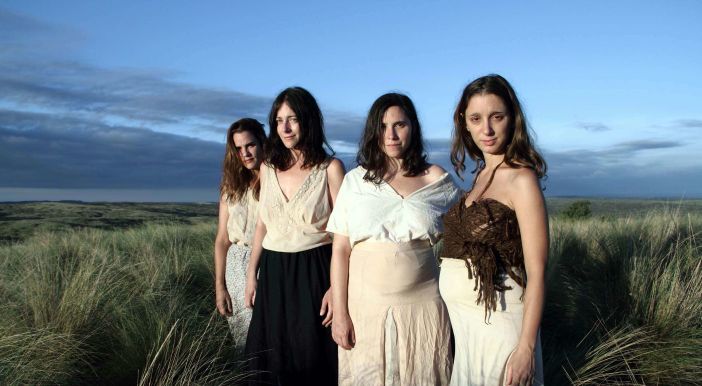 The following essay was produced as part of the 2018 Locarno Critics Academy, a workshop for aspiring film critics that took place during the Locarno Film Festival.

In a present that is increasingly difficult to comprehend, directing one’s gaze towards the past is not only comforting — it also helps contextualize the present moment. This year’s edition of the Locarno Film Festival certainly had that effect, as many of its films — ranging from the mammoth projections in Piazza Grande (with titles ranging from Lino Brocka’s “Manila in the Claws of Light” and Spike Lee’s “BlackKklansman”) to the films included across its myriad sections — were visibly driven by the desire to showcase history.

Locarno is both an outlet for cutting-edge films that showcase the most recent developments across the global independent film industry, and a space that honors masterpieces of the past. An entire section of the festival — the “Historie(s) du cinema” sidebar — is dedicated to recuperating films or auteurs which have been glossed over as time went forward. The festival’s preoccupation with preserving memories which might otherwise be lost is also reflected in certain films selected across its sections, with the subjects ranging from suppressed historical traumas emerging out of obscurity, to the recovering of stories unfairly forgotten and ignored.

Several films across the Signs of Life sidebar, the festival’s space for experimental cinema, were dedicated to exposing lost histories. A harrowing and memorable representation of the victims of Lebanon’s horrific civil war, “Erased, Ascent of the Invisible” tries to recover the images of those who, more than 30 years after the conflict’s demise, are still publicly listed as disappeared. Instead of going for a straightforward, narrative approach towards explaining the conflict, Halwany (originally an illustrator and visual artist) uses an approach rooted in the extensive use of archive photos, newspaper clippings and even the walls of Beirut to render visible the images of those who have never been seen again; to a certain degree, the film is simultaneously about the process itself of discovering the images.

One of the film’s most harrowing scenes depicts a seemingly unassuming picture of an alleyway, framed by a discussion between the director and the man who shot the photograph; as the story of the image gradually unfolds, we learn that it has been doctored to remove the figures of two abductors dragging away a helpless victim.

The effort to unearth obscure histories is also one of the central preoccupations of Sofia Bohdanowicz’s newest short, “Velsemøy’s Song” — in this case, that of Kathleen Parlow, a turn-of-the-century violinist and patron of the arts from Canada, whose impact and influence have been largely glossed over in the decades following her death. As in “Erased,” the crux of the film lies not necessarily with telling a story, but rather in discovering it (as Bohdanowicz is currently working on a feature-film which expands on the subject). Playing a fictionalized persona of the director, actress Deragh Campbell touchingly portrays her as she’s crying while listening to the only surviving recording of one of Parlow’s performances, the titular “Velsemøy’s Song.” In its apparent simplicity, the scene conveys a striking sense of loss and sadness, one that’s connected both to personal loss (as Parlow was her departed grandfather’s violin teacher) but also to a greater, historical loss, one that is deeply rooted in inequality and unfairness. The film’s formal characteristics also compliment its aims: beautifully shot on 16mm black and white film stock, hand-processed by the director, its aesthetics recalling a time long past.

“Velsemøy’s Song” isn’t the only film to bring to the fore issues relating to femininity in the early 1900’s — it’s also the central theme of the final installment in Mariano Llinas’ ambitious opus, “La Flor.” Across its epic, sprawling 14-hour-long tour de force, “La Flor” posits itself not only as a love letter to its four main actresses (Elisa Carricajo, Valeria Correa, Pilar Gamboa, Laura Paredes) and to the history of cinema, in and of itself — its third and final part also functions as a means towards exploring historical attitudes towards women, be it implicitly (in its more or less comedic exploration of witchcraft, across episode four) or explicitly.

In its sixth episode, beautifully shot on vintage film reel from within a camera obscura, Llinas juxtaposes the almost surreal imagery of the four protagonists crossing a desert with fragments from the diary of a woman who survived 10 brutal years of slavery in the Pampas.

Instead of turning his lens towards the time spent in captivity, Llinas chooses to represent the moment of her escape, along with three other female fugitives, two of whom are mother and daughter, both pregnant by the same man. The text recalls, at times, the immense suffering endured by the women as they were in captivity, but the representation of their flight takes center stage, in a powerful, moving statement on female liberation.

Arguably, the entirety of “La Flor” is based on representing empowered female figures or by attempts to elude the male gaze, but the urgency of Llinas’ approach finds its peak in its last tableau, which is symbolically set approximately around the time that cinema was invented. As such, Llinas doesn’t only shine a light on the oft-forgotten story of women forced into sexual slavery, all across history — he questions an entire tradition of cinema, one which is based upon the representation of females caught in oppressive situations, rather than on moments of freedom and empowerment.

Representations of historical traumas are hard to perform, and a subject that is certainly not easy to approach – especially when one’s aim isn’t necessarily to convey hard information or a precise narrative, but rather to remain true to its intrinsic significance and emotion. “Erased, Ascent of the Invisible,” Velsemøy’s “Song” and “La Flor: Act Six” are very different among themselves in both aesthetics and formal characteristics — but what they certainly share is a certain sense of urgency towards screening histories that have been unfairly relegated to the margins.

This Article is related to: Film and tagged La Flor, Locarno Critics Academy