How the melding of Josephine Decker and Ashley Connor’s bold visions and experimental backgrounds resulted in one of the year’s most visually astounding films. 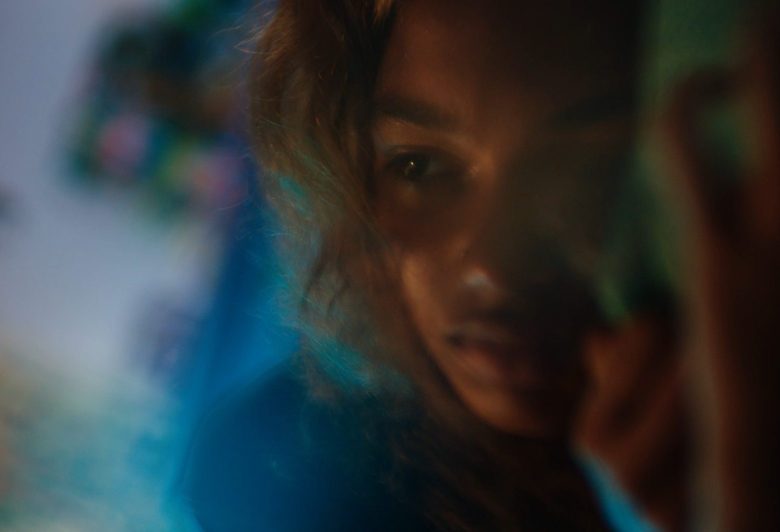 The skeleton crew of Josephine Decker’s first feature “Butter on the Latch” was small, even by the standards of the wave of micro-budgeted films that were hitting festivals during the first half of the decade: a sound recordist and cinematographer, Ashley Connor. “I was producing, directing and costume designing, running around the woods being the PA and all the writing was improvised,” said Decker. “So Ashley really determined so much about the look of that film.”

The result was an entirely unique approach to creating in-camera effects, but it took six years of experiments before they figured it all out.

The ability of new digital SLR still photography cameras’ to record high-quality video, which made films like Decker’s debut possible, came with some trade-offs. The cameras had a shallow depth of field and the ability to precisely adjust (or rack) focus proved difficult. Connor, who was operating herself – having to react to an unfolding improvised scene with actors that had no marks – decided to lean into the problem. She intentionally played with the focal plane, where subjects would fall in and out of focus. 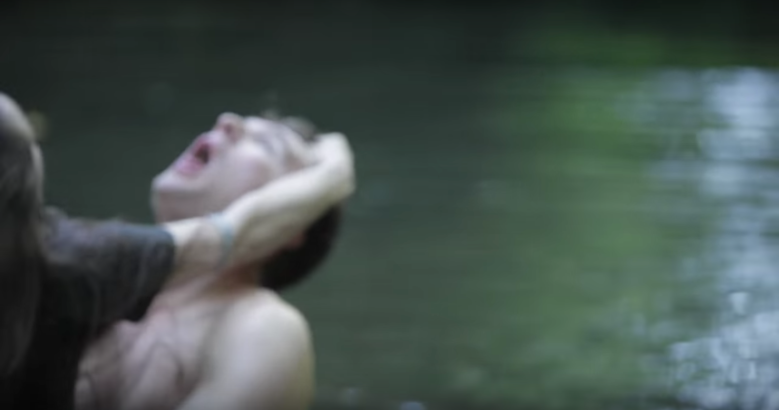 “Butter on the Latch”

“I remember with ‘Butter on the Latch’ that audiences asked why a lot of the film is out of focus,” said Decker. “Weirdly, I hadn’t even noticed. It just felt like the characters – there was a dreaminess to the world and you can let a character move into a space without focus.”

When Connor was asked similar questions, she would refer to how she experienced life in the morning before she put on her glasses and what it felt like to navigate her apartment – in particular, the need to get extremely close to something or someone to see them.

“For me, with Josephine’s films, it’s very much about proximity to actors, physical proximity, so I can feel their movement a lot more,” said Connor in an interview. “It’s all about movement and I don’t know … something’s guiding you that’s not just story related.” 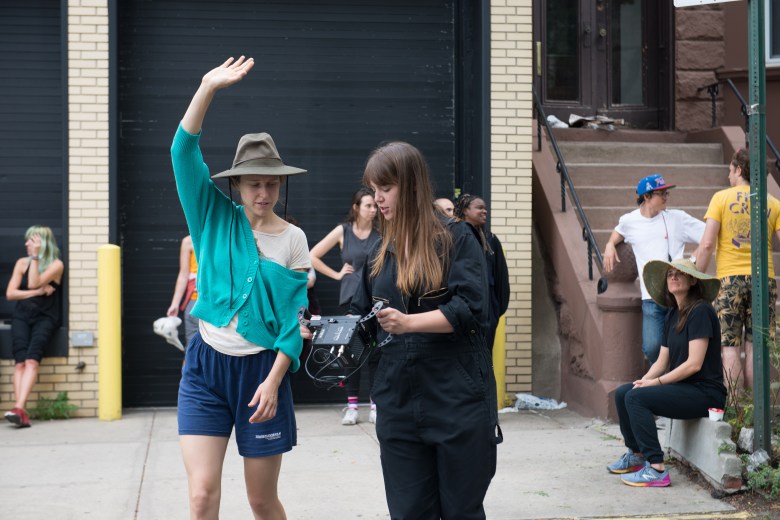 Connor said there weren’t any big conversations or theoretical grounding to the way she approached the unique use of focus in “Butter” – it was simply how she saw Decker’s film. In truth, it’s also what she had been doing since she was in film school at Ithaca College.

“If you go back and watch my thesis film from college, I’m doing the same thing — trying to find ways to bend the image,” said Connor. At Ithica, she fell in love with experimental film. Her biggest influences – Maya Dern, Stan Brakhage, and Bruce Conner – were evident in her final project. “My original education is in experimental film and that’s part of my thought process all the time. The heart of that is playfulness, ‘How do we do practical magic?’ Distorting, bending and melting the image.”

When Connor finished film school, she pursued her other passion, cinematography, where she could find steady employment. But working with Decker allowed her to come back to her roots. Decker was coming to filmmaking from other disciplines, specifically performance art, and was exploring the medium with a bold artistic intent and without the burden of having to forget the rules she was never taught. 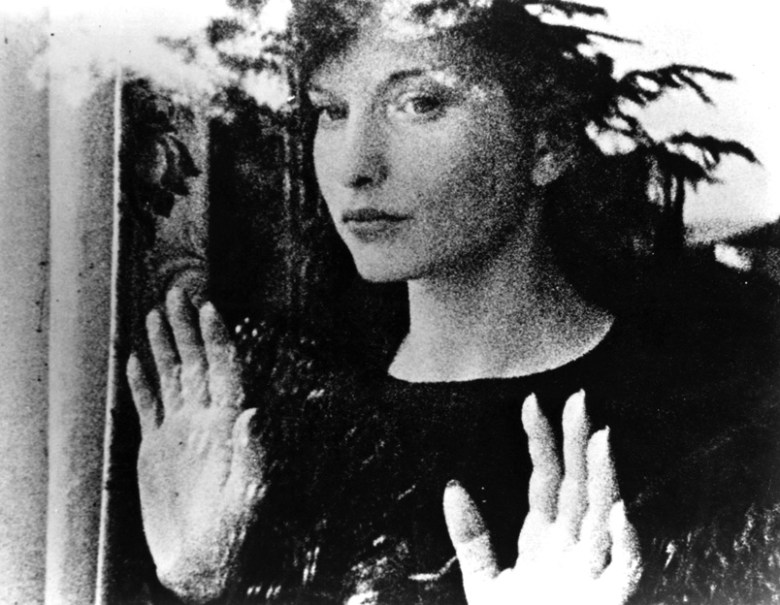 Maya Deren “Meshes of the Afternoon”

“In a weird way my process emerged from working with Ashley because we were making films before I knew how to make films,” said Decker. “She’s really versed in how to make images move beyond being a picture of what the story is and it becomes a mystery that the audience is solving with her and the characters.”

On Decker’s second feature, “Thou Wast Mild and Lovely,” Connor would push things even further, sometimes just taking the lens off the camera. For “Madeline’s Madeline,” a film that was three intense years in the making, the two collaborators made a conscious effort to build off their previous experiments. “On ‘Madeline’s,’ there was an element of intentionality,” said Connor.

The film attempts to represent the subjective experiences of a brilliant and troubled teenager (newcomer Helena Howard) who suffers from an unspecified mental health issue as her life becomes a performance at the center of an experimental theater piece. Julian Schnabel’s “The Diving Bell and the Butterfly,” which is told largely from the perspective of a stroke victim, provided an early template for the approach. “We always knew the film was going to be deeply built on perspective,” Decker said. 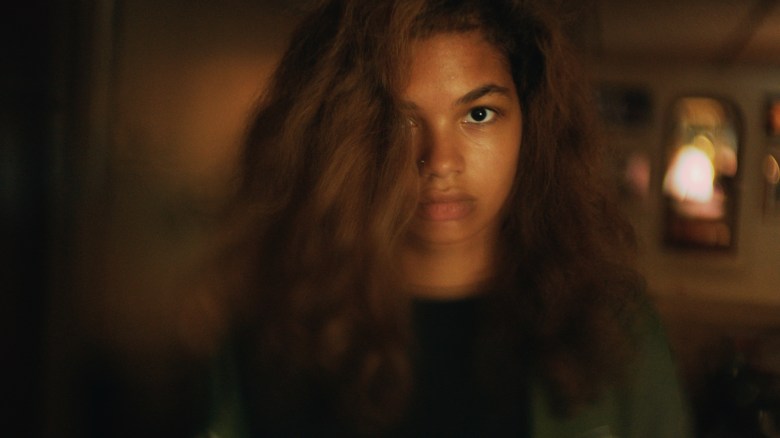 Connor built a special camera rig to create “especially melty images” in-camera. She declined to reveal the specifics of the rig – claiming a desire to preserve the mystery of the process – but the impact of the approach is undeniable: There’s an almost liquid-like aspect to the focus, and the image if often slightly doubled or warped, while out-of-focus translucent objects come into the edges of frame to cause pockets of soft, sometimes colorful blurring.

“The moments where we really chose to bring the abstraction were either dealing with more pleasant,” Conner said. “Josephine likes to use the word ‘gooey,’ but I guess they’re romantic in the capital ‘R’ sense. The result is we enter scenes through emotion rather than space.”

Because the film is largely about Madeline’s perspective, it felt too obvious to Connor and Decker to only use the distortion rig to enter her fractured subjectivity. They decided that as the film moves toward its conclusion, the image would become, as Connor describes it, “more literal.” 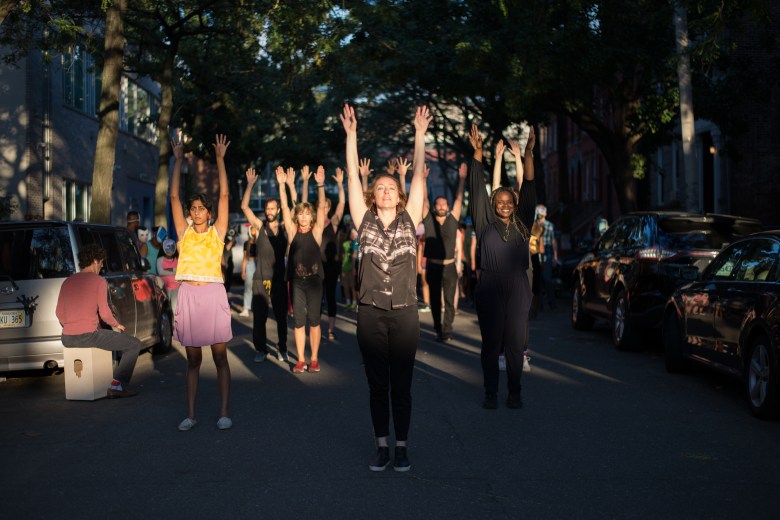 “As the world crumbles you would think that the image would become less stable and actually, we were like no, let’s find clarity in the image and let the story sort of go wild and break free,” said Connor. “It’s almost more unnerving because you feel like you have a better sense of place, you see more things, but who knows if it’s really happening or not.”

For over a year, Decker worked with a troupe of actors, not unlike in the movie, and applied the experimental approach to discovering story that she learned from Philadelphia’s Pig Iron Theatre Company and the The School of Making Thinking. She wanted Connor to partake in the workshop and for the camera to become a character.

“Improvising on set is something Ashley does all the time and I think it was really exciting for her and for me letting the camera become a character in the film,” said Decker. “Moving deeply into the perspective of the characters, so in a way it felt very organic.” 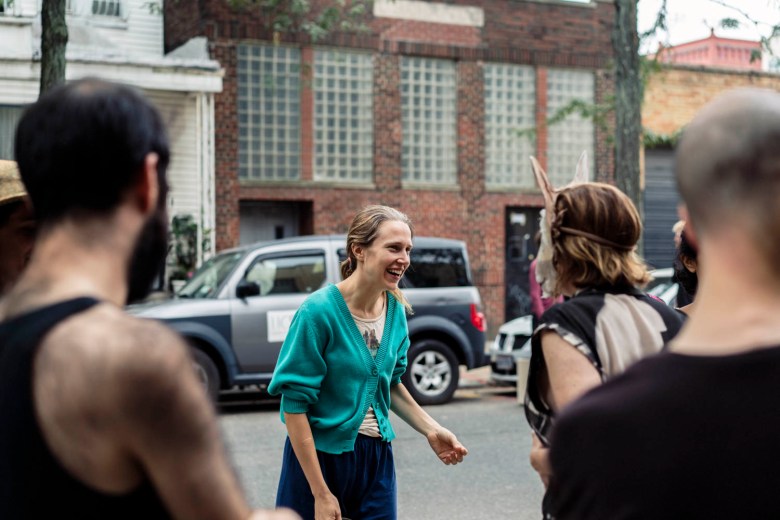 The process wasn’t easy for the cinematographer. Decker and her story partners’ process was extremely intimate and personal, but it also could be confusing and infuriating. It was further complicated when Connor tore her ACL playing soccer and had to sit out for a few months, but ultimately it was a process that pushed Connor’s work with Decker to its next level.

“I’ve described it as a a pas de deux, it is a dance with the person, it is about connectivity, it’s about being vulnerable,” said Connor. “It was about connecting with body, connecting with subject, things we had already had been interested in and my cinematography has been in practice with and it was kind of opening the way we create images and blending it with Josephine’s more performance art background.”

Connor worked with her long-time gaffer Daniel April to create a lighting setup that allowed actors to roam and Connor’s camera to look in all directions. “We wanted it to be playful, we wanted it to be colorful,” said Conner. “For this project, when we scouted it was like, how do we build the environment so I have flexibility of movement within the space and within whatever the actors are going to do, but keep the lighting somewhat intentional? I think we struck a good balance.” 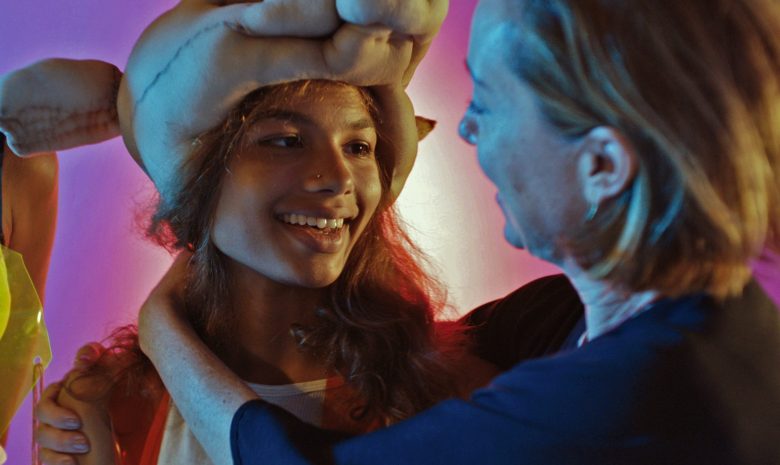 The shoot itself was physically demanding. Connor was constantly engaged with the performers, ending up on the ground, sprinting across the room, but more than anything being in-tune and reacting to the emotions coming from the actors.

“Because the performers are asked to bring so much of themselves to the table, for me when I work in such an intimate way with subjects who are really feeling things,” said Connor. “It’s not just related to what is written on the page, which that can be instructive, but that can change as people are bringing a lot of themselves.”

Decker’s film came along as the cinematographer was tackling a string of seven to eight indies in row, including the Sundance Jury Prize winner “The Miseducation of Cameron Post.” As a result, she has taken a break from indies and is currently shooting the last season of “Broad City.” 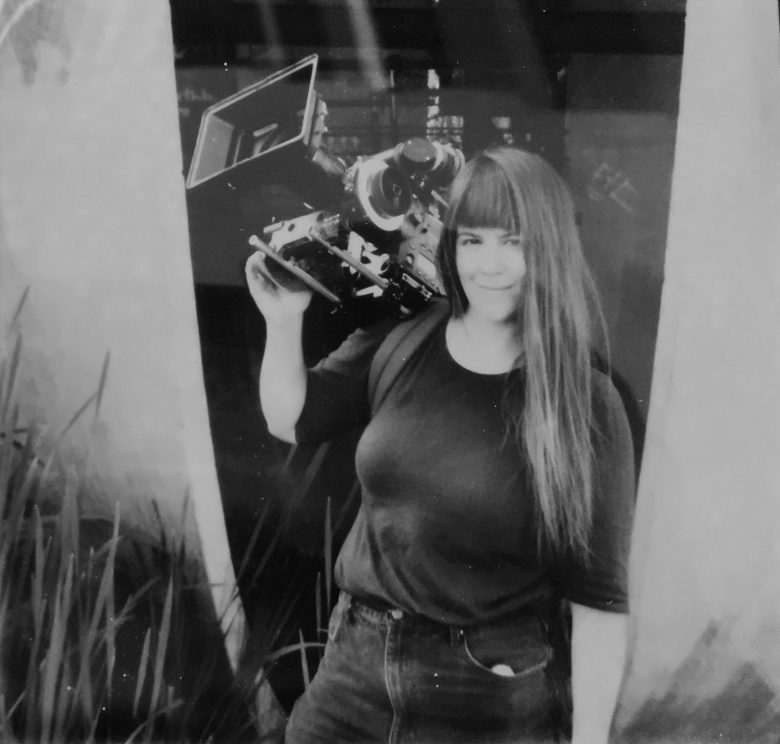 Nevertheless, she harbors a soft spot for working with Decker. “Josephine’s films have been very special for me because it’s like cracking open my brain and seeing the insides to a certain degree visually,” said Connor. “That’s the way I would speak if asked to speak all the time in my own voice.”