MoviePass was born to remind us that people love to go to the movies, and its failure shows us just how much. 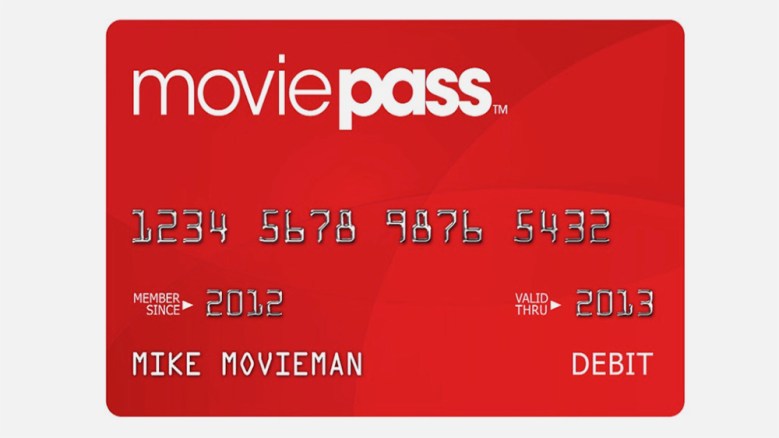 Seven years ago, MoviePass co-founders Stacy Spikes and Hamet Watt had a staggering realization that would shake the entire film industry to its core: People actually like going to the movies. They like to get the hell out of their house to enjoy a night away from their kids, and if that means having to watch Jason Statham punch a prehistoric shark in the face then so be it.

For much of cinema’s first century, that might have seemed like a self-evident fact, but in 2011 — when Netflix began acquiring original content, and Silicon Valley had convinced even the major studios to think of multiplexes as a necessary evil that wasn’t long for this world — it seemed like a radical idea.

As it turns out, audiences weren’t staying home because they didn’t want to go to the movies, they were staying home because they didn’t want to take out a second mortgage on their house just to afford a matinee screening of “Horrible Bosses.” MoviePass was born from a very simple premise; this summer, MoviePass began its steady decline from an even simpler one: People like going to the movies a lot, way more than any startup could ever hope to subsidize. Oops.

But while the service’s time on this Earth was always going to be short-lived, it wasn’t in vain. Its brief, tumultuous existence — and its endless, embarrassing decline — taught us a valuable lesson the Hollywood establishment had better take to heart: The internet is not your friend. The internet has no interest in preserving the traditional cinematic experience that people love, but can’t necessarily access or afford. If movie theaters want to survive in a landscape where they’ve become more of a luxury than an obligation, they’re going to have to save themselves. 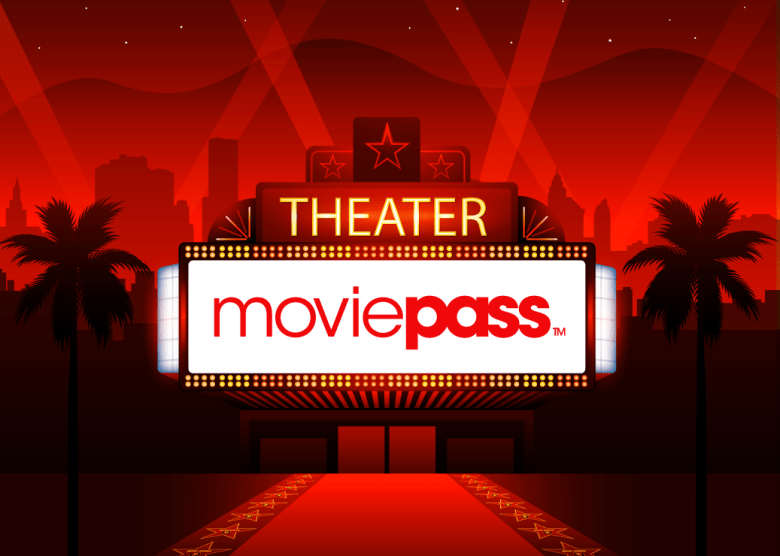 It’s the old story of the scorpion and the frog all over again. Digital entrepreneurs might claim to love analog models — and some of them might even mean it — but their prime directive is to disrupt. It’s in their nature to create upheaval, even if that chaos results in their own demise. Likewise, it’s in the nature of Silicon Valley startup culture to invest in companies that promise to blow shit up, and not just make things better.

MoviePass was a godsend for cinema-hungry audiences who wanted to see things for a reasonable price, and maybe even a lifesaver for indie distributors who got to reap the rewards of a newly emboldened public, but nobody should be the least bit surprised that the whole thing self-destructed, or that its absence might threaten to destabilize the industry it scarred and left for dead.

MoviePass was always a deal with the devil, even before its appetizing but untenable all-you-can-screen buffet revealed the dangerous chokehold it had on theaters across the country; as AMC pointed out last August, MoviePass’ ridiculous pricing structure was so irresistible that it would have forced multiplexes and arthouses alike to lower their prices in order to keep the service from going under. The idea of theater chains entrusting their futures to MoviePass is roughly the same as taxi drivers entrusting their futures to Uber — it’s a short-term solution that deepens a long-term problem, as people find themselves working to enrich a software company while expediting their own obsolescence.

Ever since the rise of VOD, the pressure has been on cinemas to offer something more than just content. Hot food, a full bar, reclining seats… even more old-fashioned gimmicks like 4DX have felt like reactive countermeasures to a film culture that can essentially be experienced at home. And while newfangled chains like the Alamo Drafthouse and iPic have turned up the heat on longstanding corporations like Regal and AMC, the latter have been slow to see the writing on the wall, and even slower to react to it. 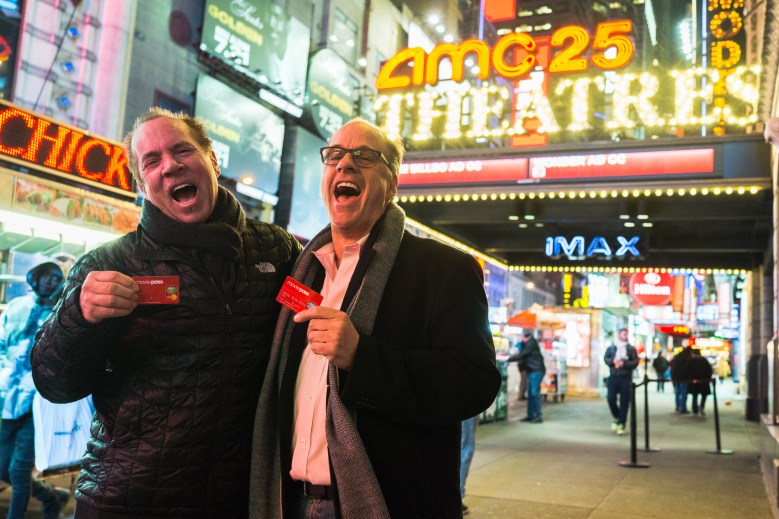 When the world made it clear that movie theaters needed to offer the best possible experience, AMC responded by refusing to mask their screens (and they operate 1,000 of them in America). If business didn’t suffer, that’s because there are only so many places that people can go to see the new “Avengers” movie on opening weekend; when one chain owns the only two multiplexes in 100 square miles of where you live, they might as well have a monopoly.

It wasn’t until MoviePass blew into movie theater lobbies like a Trojan horse that AMC actually felt the pressure to up their game. The app created an existential crisis for the empire. Their immediate response was to threaten legal action against MoviePass, arguing that the service is “not in the best interest of moviegoers, movie theaters, and movie studios.” But, after a year of being unwitting bystanders as a startup hijacked their own customer base, AMC decided to finally take matters into its own hands.

Earlier this summer, the company decided to take their once useless rewards program, Stubs, and transform it into a $19.99/month subscription program that does all the stuff that MoviePass used to do. The newly branded Stubs A-List added 175,000 members in its first five weeks, and is on track to collect two million by the end of 2020 — not only can AMC afford to subsidize all of those tickets, but it’s likely to make a fortune off concessions sales.

And that’s not even counting the inestimable value of preserving a culture of moviegoing for another generation. Maybe AMC will even have enough money to buy some decent projection standards (but probably not). If the biggest theater chain can learn to harness the power of the internet for themselves, and not find themselves beholden to a seemingly benevolent startup that’s run with all the structural integrity of a Ponzi scheme, then perhaps there’s some hope for the smaller ones to follow suit.

And that’s the only way the MoviePass story is going to have a happy ending, because a lot of people won’t (or can’t) go back to paying a small fortune just to see where “Ant-Man and the Wasp” falls in the “Infinity War” timeline, and even more of them will be too reluctant to roll the dice with an original movie.

MoviePass is dying, and not a minute too soon. Stop hanging on to its every update, and cancel if you can. It was a beautiful dream, and now it barely even works as a free bathroom app. But that’s okay, because it was born to remind us that people love to go to the movies, and its failure showed us just how much. Mission accomplished.

This Article is related to: Film and tagged AMC Theaters, MoviePass