The film's producing team includes alumni of "La La Land," "Scott Pilgrim vs. the World," and "Southside with You." 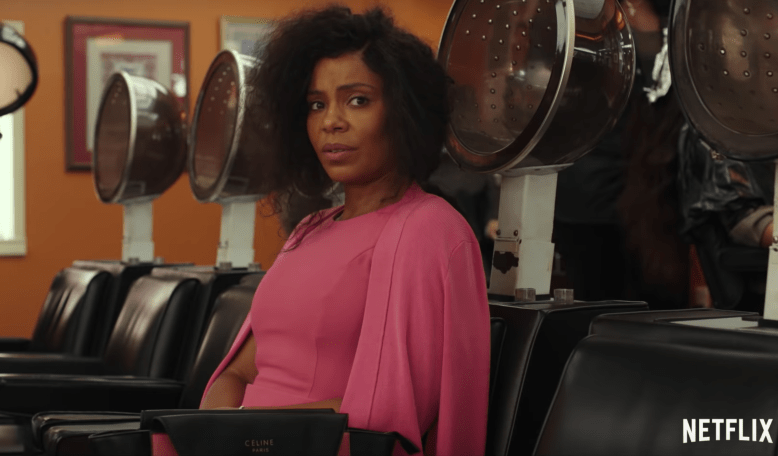 Sanaa Lathan in “Nappily Ever After”

As advertising executive Violet Jones — changed from Venus Johnston in the books — Lathan is a coiffure-conscious perfectionist who believes she’s engineered herself a happy ending. Yet life begins to capsize when her doctor beau presents her with a Chihuahua instead of a proposal, and she is taken off an important work account.

Late one night, convinced she has nothing left to lose — and recalling her boyfriend’s criticism of “You never let your hair down” — she shaves her head. The film’s tagline, naturally, is, “Let Yourself Grow.”

BAFTA nominee Haifaa al-Mansour became the first Saudi woman to direct a feature film with “Wadjda” (2014); last year, Elle Fanning starred in her English-language debut, IFC Films’ “Mary Shelley.” Additional producers include Tracey Bing (“Southside with You”), Jared LeBoff (“Scott Pilgrim vs. the World”), and Marc Platt (“La La Land”), who was attached to the film when it was in development at Universal.

“Nappily Ever After” arrives on Netflix September 21. Watch the trailer below.

This Article is related to: Film and tagged Nappily Ever After, Netflix, Sanaa Lathan