The long-time actress' feature directorial debut is built on the bond between Fishback and newbie Tatum Marilyn Hall, who star as reunited sisters on an unexpected trip. 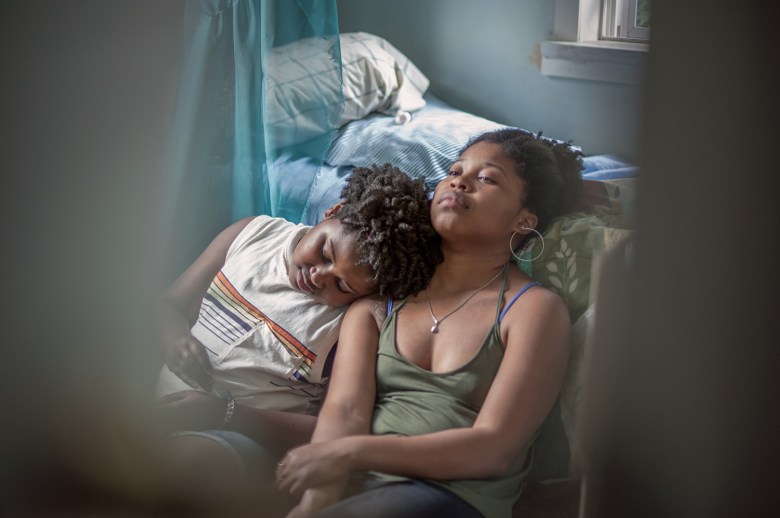 Tatum Hall and Dominque Fishback in “Night Comes On”

Midway through the first act of Jordana Spiro’s “Night Comes On,” Angel (breakout performer Dominique Fishback) steps inside the kind of fraught, uncomfortable situation — one prickling with violence of all possibilities — that similar films have long trained audiences to brace for, something to endure. And then Spiro and Fishback take it back, flipping not just the narrative of what’s on the screen, but the very way in which it is approached and processed by both Angel and those who are observing her life. While the film, Spiro’s feature directorial debut, doesn’t shy away from darker elements, Spiro’s ability to ground even the worst moments firmly from the perspective of her protagonist add a level of grace and empathy. It’s a tough story, but told through a decidedly female gaze, “Night Comes On” blossoms into something beautiful.

The movie opens just after Fishback’s Angel, equal parts vulnerability and grit, has been sprung from juvenile detention ahead of her 18th birthday. It’s clear that Angel is planning something — for all her resistance to do the things demanded of her by her social worker, like finding a job and attempting to cook up goals for herself, she’s got a no-nonsense approach. Spiro and co-writer Angelica Nwandu’s script metes out the details of Angel’s big idea before the first 20 minutes have even wrapped. It’s that plan that puts her back into the orbit of her little sister Abby (Tatum Marilyn Hall), who has patiently been waiting for her big sister to get out of juvenile detention and save her from her own bare bones existence.

Angel and Abby were separated years earlier, after a terrible family tragedy fractured their lives and pushed them into the system. Eventually, Angel was taken away after being deemed a bad influence on Abby, though it’s obvious she has retained a great sense of ownership over her kid sister’s well-being. She’s just become very good at hiding it. Pragmatic to a fault, Angel reappears with a mission in mind, while Abby is just overjoyed at seeing her sister again, the one person she’s come to believe can save her from a lackluster life in foster care (when one of Abby’s starry-eyed fellow fosters asks Angel if she can be his new mom too, it’s one of many heartbreaking, hard-won scenes in the film). Angel isn’t there just for a reunion, though.

Spiro’s jump behind the camera has been a long time coming, and her feature directorial debut arrives more than two decades after she first began her acting career. The film finally debuted at this year’s Sundance, bringing Spiro and Nwandu’s project full circle. One element that was likely worth the wait: the film’s stars, who would not have been the appropriate ages for the film, had it suddenly been ready to go four years ago. Fishback, already one of the best parts of HBO’s uneven “The Deuce,” fully earns breakout status in the feature, and she’s matched at nearly every turn by the charming young Hall, who reflects back her combination of softness and wit.

On screen, the pair skillfully navigate their bond, balancing sisterly affection with a general wariness of the other. Both have been forced to become kids beyond their years, and their ability to keep secrets from people — even each other — pepper the narrative as it leads up to an inevitable confrontation. That fraught, uncomfortable scene in the first act? It partially involves Angel buying a gun from the skeezy father of her roommate in juvie (a chilling Max Casella). As Spiro and Nwandu let slip what’s she going to do with it, the revelation deepens the family history. Spiro layers in dreamy memories of the pair’s long-gone mother, which first serve as an emotional ballast before building to a surprising twist, care of the plucky Abby.

While it’s Angel and Abby’s relationship that forms the heart of the film, Spiro and Nwandu venture into other waters in the film’s final act, including a sequence that pushes the girls into a strange reckoning with some newfound friends that only further highlights how underprivileged they are. It’s as heavy-handed as the film gets, and while its obviousness stands in stark contrast to the honesty of the rest of the film, Fishback and Tatum wiggle their way free, and the scenes that follow are some of the best in the film.

Fortunately, “Night Comes On” continues to dial back its sense of drama for its long-awaited final confrontations, which offer open endings that hint at a future worth pursuing. The same can be said of the futures of the four women at the heart of the film: Spiro, Nwandu, Fishback, and Hall — who are, just like Angel and Abby, just getting started.

Samuel Goldwyn Films will release “Night Comes On” in theaters and on VOD on Friday, August 3.

This Article is related to: Film and tagged Dominique Fishback, Jordana Spiro, Night Comes On, Reviews