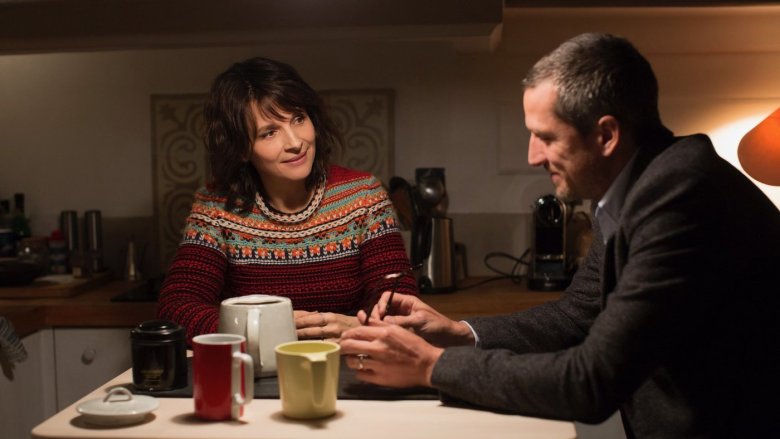 Several decades into the digital revolution, there’s still a twinge of discomfort whenever new work from a major auteur dares to invoke the internet. Even worse: when it does so by name. Facebook. YouTube. Snapchat. Such vulgar things become virtually unavoidable in any movie that’s about the modern world, but the transience of social media remains hard to reconcile with the timelessness of great cinema. It’s the residue of a cannon that’s loaded with dead men and often pointing backward, the legacy of a pantheon that tends to regard modernity as more of an existential threat than a tool at its disposal.

It’s also why Olivier Assayas’ sly and delightful “Non-Fiction” (née “E-book”) feels like such a lark at first — like a master filmmaker clearing his throat between more significant projects. That’s exactly what Assayas wants you to think.

It’s one thing when the plot of an indie debut hinges on Instagram, or when the millennial protagonist of a rom-com is revealed to drive an Uber. However, it might cause some pretty serious cognitive dissonance if a Lucretia Martel character shared a meme, or if someone in a Terrence Malick tone poem stopped to check their DMs — hell, it was disorienting enough when “To the Wonder” sent Ben Affleck and Olga Kurylenko twirling through a Sonic Drive-In. People still can’t believe that David Fincher directed an entire movie about Facebook, or that he managed to endow it with the gravitas of a classic drama.

Assayas understands all of that in his bones. Now 63, he presides over an extraordinary body of work that has always been at once both hyper-modern and eternal. In the ’90s, “Irma Vep” refracted early cinema through the globalism of the contemporary film industry. In the aughts, “Demonlover” used the crude infrastructure of cyberspace as a conduit to explore the democratization of violence. Last year, “Personal Shopper” cast Kristen Stewart as an iPhone-wielding ghostbuster as part of a profoundly moving treatise about how technology shapes our relationship with the dead. 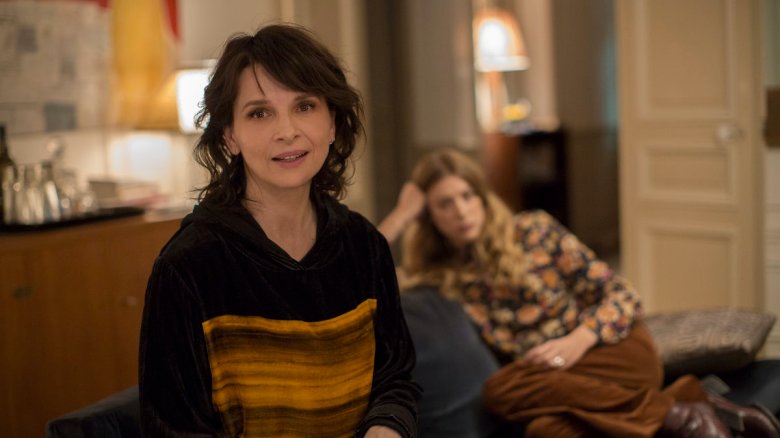 Few of today’s major filmmakers have been so unafraid to use the language of the present in order to articulate the anxieties that connect us to the past. But now, with the spry and deceptively slight “Non-Fiction,” Assayas has pivoted in a bold new direction: He uses the anxieties of the present to articulate the language that’s dragging us into the future. In other words, this is unapologetically a movie about the permanence of a Tweet. An inextricably French romp about the frustrations of trying to leave your mark on — or not be swept to sea by — a culture where photos disappear as soon as you’ve seen them, the most vicious murders are executed on message boards, and your mistress hasn’t seen a single Ingmar Bergman film. It’s the only movie ever made to reference “The Force Awakens,” Taylor Swift, and German philosopher Theodor Adorno.

Suave French star Guillaume Canet (“Tell No One”) kicks things off as Alain, a successful book publisher who carries himself with the self-assurance of a mainstream leading man. This very chatty film is barely two minutes old before Alain is grousing about Twitter with his longtime client, Léonard (Vincent Macaigne), a rumpled has-been who can’t stop writing thinly veiled novels about his own sordid affairs — the latest of which Alain is about to reject. Alain is a traditionalist who can’t understand why anyone would buy a book they can’t hold in their hands. Léonard is an author who struggles with the pitfalls of auto-fiction, and can only pull from personal experience even though the internet allows him to reference foreign places as though he’s been there himself. They say write what you know, but these days we learn most of the things we know on Wikipedia.

Meanwhile, Alain’s wife (a vital and prickly Juliette Binoche) seems a bit more comfortable with the forward march of time. An actress on a popular TV series, Selena isn’t as precious about things as her husband — she’s reached the age when people are asking her to play Phaedra, and she knows that her affair with Léonard isn’t going to last forever. She doesn’t even seem to care that Alain is probably sleeping with Laure (a tattooed Christa Théret), the severe young woman who’s bringing his company into the digital age; Selena thinks sleeping around will bring them closer together. Léonard’s wife, Valérie (Nora Hamzawi), refuses to let her politician boss be too open about his personality, but she too is unfazed by the thought of her partner cheating on her. After all, she reads his books.

Titled “Doubles Vie” (or “Double Life”) in French, “Non-Fiction” is a film in which everyone is fucking two people, but only capable of maintaining one vision of the future. Love and marriage? Such petty things can be flexible. But art? That must be absolute. We can’t be savages; we can’t give in to the base impulses of convenience. At one point, Alain likens his heroic defense of hardcover books to the priest in Bergman’s “Winter Light,” who preaches to an empty church in a town that’s lost its faith; it’s nice that a single iPad can store an entire library, or that Netflix allows you to watch a movie on the subway, but perhaps there’s a moral imperative to give people what’s good for them, even (or especially) if it’s not what they think they want.

Every scene of Assays’ loquacious script turns on these ideas, as the writer-director pits the ephemeral against the permanent without exposing his own prejudices. Of course, neither side can win. The parade of business meetings and dinner parties that clogs the opening 30 minutes eventually gives way to something looser and less on-message. Broad philosophies thaw into personal neuroses as the film downshifts near Woody Allen territory, its various intellectual concerns achieving a human velocity that gets funnier and more self-referential with each line.

In a movie full of chuckles and snorts, one of the biggest laughs comes from a running gag about Michael Haneke’s “The White Ribbon” (Haneke being another revered European auteur who’s absorbed digital media into his aesthetic). Another bulldozes the fourth wall as a meta-commentary on Assayas’ long history with Binoche. This is the talkiest and least traditionally “cinematic” of Assayas’ films, and therefore might also seem to be the most disposable, but its apparent ephemerality is often used to underline the staying power of the cinema itself.

Sometimes that takes the form of highbrow inside jokes for hardcore fans and film lovers, and sometimes that takes the form of Binoche talking about “The Fast & The Furious.” Remember the scene in “The Clouds of Sils Maria” where Binoche’s character sincerely enjoys a chintzy YA blockbuster in post-converted 3D? All of “Non-Fiction” is lathered in the same egalitarian spirit. Assayas isn’t (and never could be) an old man shaking his fist at the clouds. He’s not arguing that the art he grew up with is intrinsically better than the art of today, or that a text is more legitimate than a tweet. He doesn’t argue on behalf of the cultural hierarchy that Alain is fighting to preserve, and he never has.

On the contrary, this breezy and cautiously optimistic bit of late-career reflection finds Assayas interrogating how we ascribe meaning to things (and value to people) in a world that seems to be remodeling itself faster each day. “Non-Fiction” isn’t a surrender, nor is it a call to arms. It’s an anxious — but strangely calming! — reminder that change is the only true constant, and that steering the current is a lot easier than fighting it. Nobody does that better than Assayas, even when it looks like he’s not even trying.