TCA: Craig Zobel ("The Leftovers," "Compliance") will direct all ten episodes of the CBS All Access series, which premieres later this month. 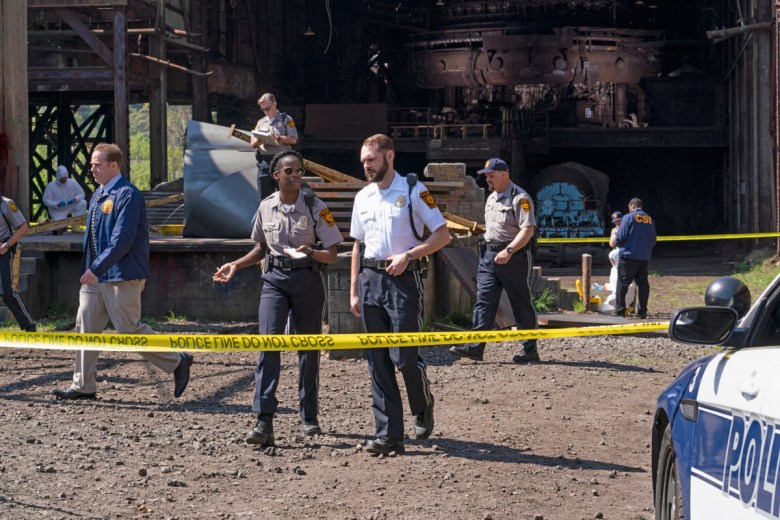 George Washington’s seen some things. If “One Dollar” is any indication, there’s about to be a few more shocking additions to the list.

At the Television Critics Association press tour on Sunday afternoon, CBS All Access unveiled the first look at the upcoming series, which tracks the handling and use of a single dollar bill as it weaves its way through a murder mystery. As small-town accusations, deals, and reckonings happen in the wake of a multiple homicide, each episode shifts perspective depending on who holds the currency in question.

It’s the first series of its kind from CBS’ streaming service, which has kept its ambitious drama slate to high-end procedurals (“The Good Fight”), sci-fi TV franchise fare (“Star Trek: Discovery”), and off-kilter biopics (“Strange Angel”). This episode-by-episode approach comes courtesy of director Craig Zobel and creator Jason Mosberg. A “Leftovers” and “Westworld” alumnus, Zobel’s last trip to TV brought him to Shogun World, just a year after giving a grateful TV universe “The Most Powerful Man in the World (and His Identical Twin Brother).”

The team in front of the camera for “One Dollar” comes with a stellar, varied cast, including John Carroll Lynch (an acclaimed filmmaker and singer himself) and Nathaniel Martello-White (who anchored last year’s Showtime drama “Guerrilla”). The ensemble also includes recurring contributions from Sturgill Simpson, Aleksa Palladino, Jeff Perry, and Leslie Odom Jr.

“One Dollar” premieres Thursday, Aug. 30 on CBS All Access.

This Article is related to: Television and tagged CBS All Access, Craig Zobel, One Dollar, TCA