The Byrde family tries in vain to push forward with their plans, just as the show can't keep the momentum that made Season 1 so thrilling. 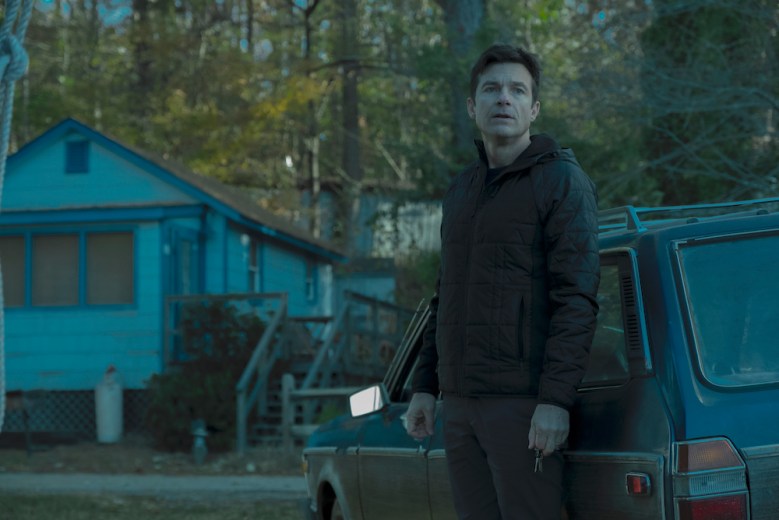 “Ozark” Season 1 made so many bold choices, so quickly, that Season 2 was bound to slow things down. Engaging viewers with the escalating series of crises Marty Byrde (Jason Bateman) and his family had to deal with immediately, the Netflix drama ate up a ton of narrative to provide its breakneck pace. Now that the ex-suburbanites have their backwoods criminal enterprise up and sailing, instead of plugging holes in a sinking ship, a steadier, more character-driven story comes with the territory.

But the degree to which “Ozark” slams on the breaks is disconcerting; the downshift in pacing creates an antsy viewing experience that transitions into blandness, as the follow-up season spends nearly seven hours setting up a moral turning point it could’ve easily implemented much sooner. While still a sharp, attentive, and altogether capable drama, the benefits of a successful first season don’t transfer to the Byrdes in Season 2 — or viewers watching them.

By all accounts, “Ozark” Season 2 looked like it was going to be (to use a colloquialism formalized by “Friends”) “The One With the Casino.” At the end of Season 1, Marty and Wendy successfully brokered a deal between Omar Navarro’s Mexican cartel and the local drug lords known as the Snells. The cartel will buy the heroin locally, rather than lose 20 percent from smuggling it over the border, and Marty’s proposed riverboat casino would launder the fresh influx of cash. That the finale also features Darlene Snell taking umbrage with Camino “Del” Rio’s flippant use of the word “redneck” — and shooting him in the head — well, that may or may not get in the way of the deal. 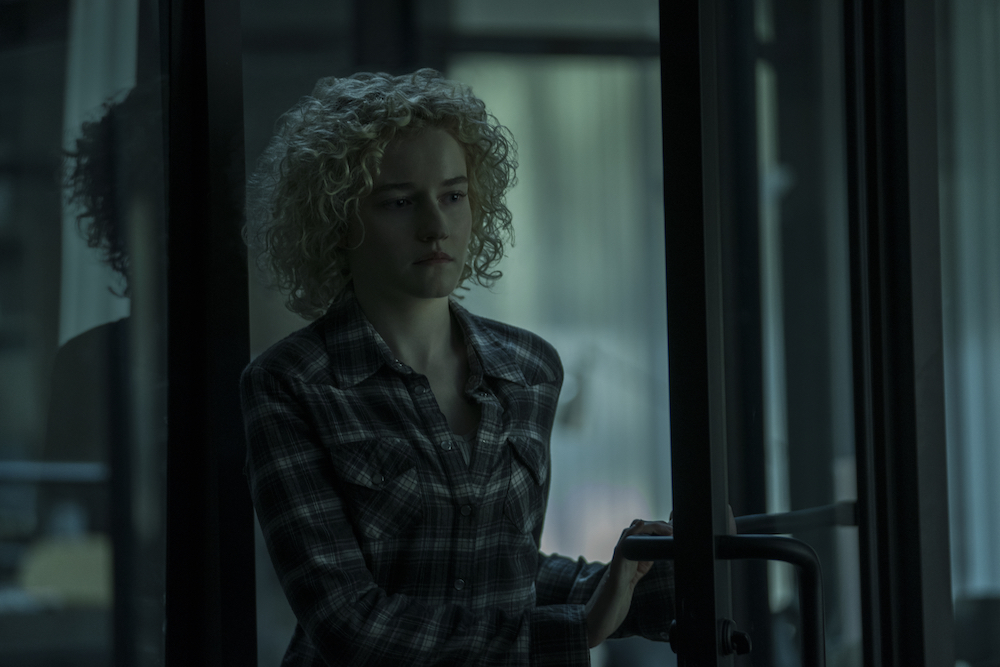 Without spoiling anything the trailers haven’t already put out there, the casino is a prevalent topic and objective in Season 2, but it’s not a defining element of the episodes. The cartel sends their highly trusted and unflinching lawyer to town (played by the highly trusted and unflinching Janet McTeer), Wendy puts her political lobbying skills to good work with Missouri’s big-wig congressional influencer, and Marty tries to keep the peace between his testy new partners. FBI Agent Petty (Jason Butler Harner) keeps investigating (though his arc is more professionally focused, and less personally raw), and audiences might see a bit more of Blue Cat Lodge owner Rachel Garrison (Jordana Spiro).

Throughout, thematic buttons from Season 1 are pushed once more; the Byrde children, Charlotte (Sofia Hublitz) and Jonah (Skylar Gaertner), find new ways to illustrate their decaying ethical standards in the wake of their parents’ sins; fan-favorite Ruth Langmore (Julia Garner) keeps trying to forge a viable life for her working-class family within Marty’s world of wealth, which now includes her recently released father; Marty and Wendy check in on their status as business partners vs. husband and wife.

What the season does best in its first eight episodes is utilize its gradual pace to dwell on Wendy’s burgeoning power (and her comfort with it) while examining Marty’s opposite reaction to his newfound importance to both a Mexican cartel and Missouri drug farmer. Bateman remains excellent in the role; though his character’s actions can be ever so slightly manipulated to serve the plot, the actor regularly finds subtle, natural reactions to illustrate where Marty’s at emotionally. Linney similarly enlivens her part, pushing Wendy to new territory with ease and taking command with relish when called upon. 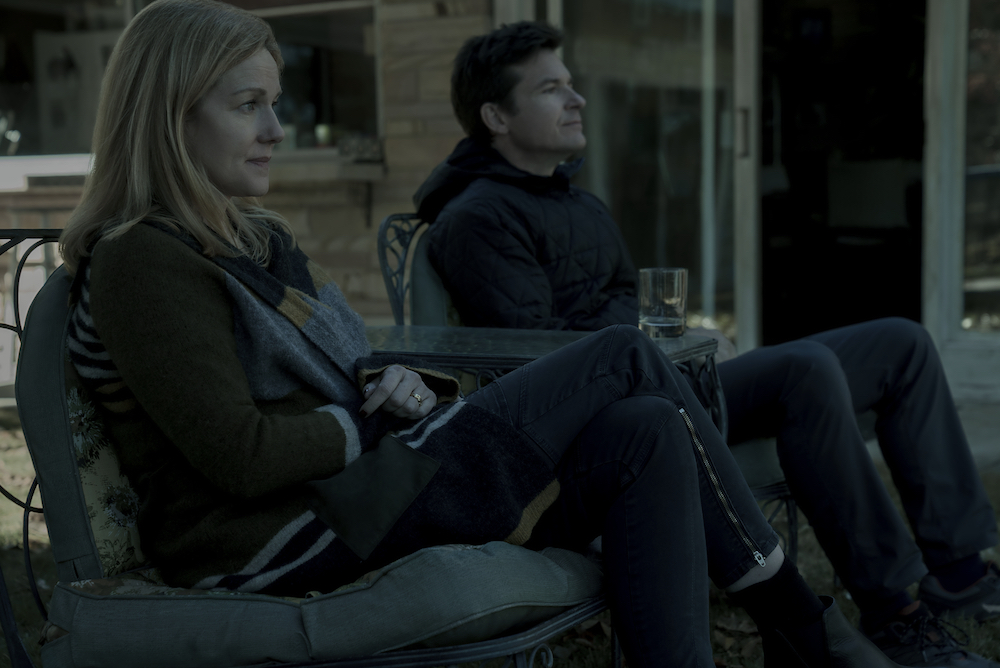 Showrunner Chris Mundy is carefully pushing both lead characters toward conscious acknowledgment of who they’ve become: The decisions they made in Season 1 have consequences, and while things were moving too quickly to consider their wide-spreading ramifications before, now the Byrdes have to face what they’ve done.

Still, the decisions are simply more exciting than the consideration, especially when that means putting off inevitable actions. There’s a scene near the season’s midway point where a guy holds someone at gunpoint; this happens a lot in Season 2 (and “Ozark” overall), so the action itself is far from a spoiler, but it’s still notable. Given the circumstances, the characters involved, and the precedent set by the many, many cold-blooded kills in Season 1, this should be a moment packed with tension. No one watching wants this person to die, but the guy with a gun sure does, and “Ozark” spent its entire first season proving how willing it was to pull the trigger. In Season 2, it’s not. By this point, it’s clear “Ozark” isn’t going to go that far anymore — or, at least, viewers have been conditioned to expect a more cautious approach.

Before, “Ozark” was winningly reckless. Now, it’s too safe for its own good. Pulling the trigger isn’t about killing off a character for the shock value; it’s about forward momentum. Season 2 lacks urgency beside the basic danger of the Byrdes’ continuing their work in order to escape it, and glimpses inside Marty and Wendy’s moral outlooks aren’t compelling enough to make up for the lack of action. All of this may help “Ozark” last an extra two or three seasons, but it dulls the series’ once-vibrant darkness into a murky, stagnant lake.

This Article is related to: Television and tagged Netflix, Ozark, TV Reviews