Director Hiro Murai, "Atlanta" cinematographer Christian Sprenger, and "This Is America" creative director Ibra Ake have been in Cuba prepping most of the summer. 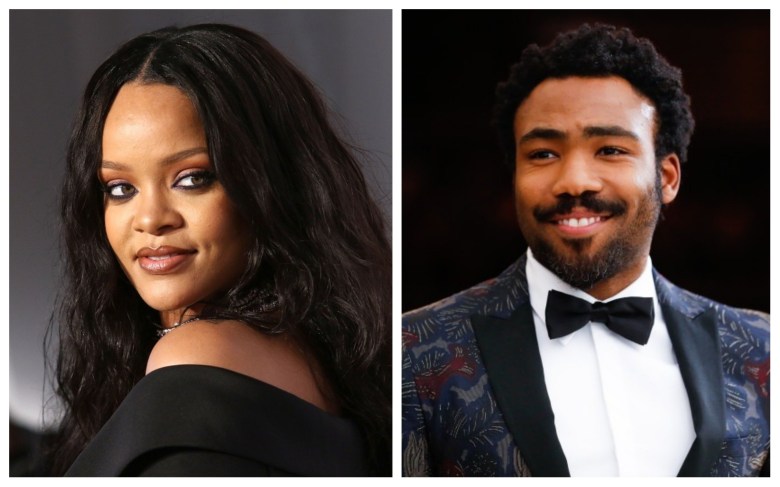 On Tuesday, a photo surfaced showing Rihanna posing with Donald Glover, supposedly on a film set in Cuba, causing immediate speculation about the nature of the project. It was accompanied by a report from the Cuban culture magazine Vistar, claiming that the two performers were shooting a mysterious project called “Guava Island,” which would also feature actors Nonso Anozie, Letitia Wright and be directed by Glover’s long-time collaborator Hiro Murai.

For Rihanna’s rabid fanbase, who collectively have become experts tracking and dissecting her every move, there were plenty of tea leaves to read. The singer’s much anticipated ninth studio album – she was in the studio earlier this year – is expected to drop this fall. Meanwhile Childish Gambino (Glover’s rapping moniker) was just announced Monday as the featured performer at Rihanna’s Diamond Ball charity event on September 13.

With the Cuban project appearing to be Rihanna-centric, Vistar showing photos of her in character on set of the “musical film,” the pop singers fans are convinced the project is a music video – tied to what promises to be a Rihanna-heavy fall – which Childish Gambino (Glover is shirtless in the photo, as he often is when performing under his rapping moniker) would appear in.

Rihanna on the set of Guava Island pic.twitter.com/AMMDvJlYne

If “Guava Island” is a music video tied to Rihanna’s yet-to-be-announced new album, it will almost certainly be much bigger in scope than any normal music video – likely on par with Beyoncé’s “Lemonade” – and it would mean that the singer has hired Glover’s tight-knit “Atlanta” and “This Is America” team to make it for her.

However, it’s hard to imagine a scenario in which the two would need that much time to prepare a single music video. Murai and Sprenger shoot episodes for one of the most cinematic half hours of TV in four-and-a-half days of production with very little stage work. Even for the heavily choreographed and visually stunning Childish Gambino video “This Is America” (shot by “Swiss Army Man” DP Larkin Seiple), Murai told IndieWire that from the first day of rehearsal to post-production delivery, they turned the music video around in two weeks. Assuming that it is the Rihanna-Glover project they have been working on in Cuba, Sprenger and Murai have put in nearly the amount of prep time associated with a new season of “Atlanta” or an independent feature film.

It is also hard to imagine one of Hollywood’s hottest directors – with features and a first-look deal to produce his own projects at FX on his plate – and a cinematographer who just received Emmy nominations for both of his shows (“GLOW” and “Atlanta”) – would spend their summer in Cuba preparing for a single music video, no matter how lavish and star-studded. 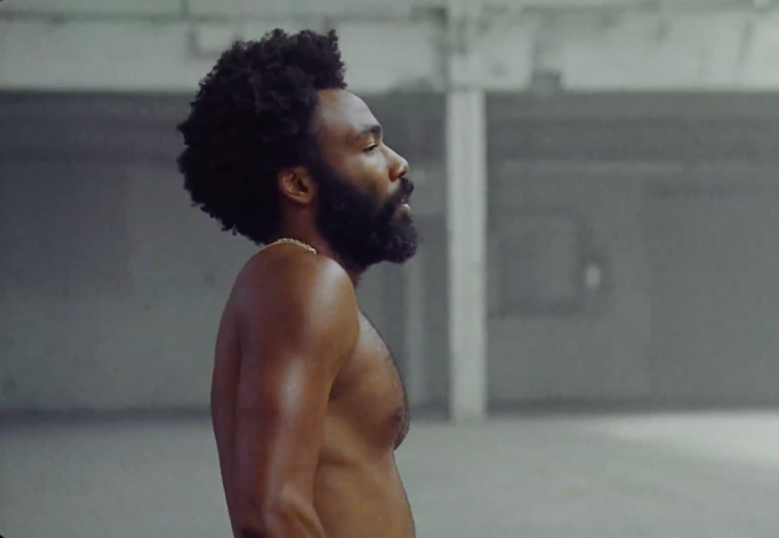 Even more intriguing: Murai and Sprenger aren’t alone in Cuba. Ibra Ake, an “Atlanta” writer, has been with Murai working on the project since June and would appear to be the its creative director. Ake’s consultant-turned-staff writer position on “Atlanta” only scratches the surface of his greater creative role in the Childish Gambino/Donald Glover universe. An accomplished portrait and fashion photographer, Ake is a key member of the small artist collective Royalty – which includes Glover’s brother and “Atlanta” co-creator Stephen –  that formed around Donald six years ago and has helped guide the trajectory of his career and whose collective life experiences have been a driving force behind his art.

In a 2016 GQ profile of Royalty, Ake was described as the group’s “sounding board” when comes to visual framing and creative direction. In addition to overseeing the ingenious marketing campaign for “Atlanta,” he has the title of creative director on Childish Gambino projects, including “This Is America.” When that music video went viral this spring, and Glover and Murai avoided talking about the themes and ideas underpinning the dense, layered piece of art, it was Ake who went on WNYC’s “The Takeaway” to discuss the ideas surrounding race and the black experience at the heart of it.

“Our goal is to normalize blackness,” said Ake on “The Takeaway.” “It’s like this is how we would like to dance, but we have to be aware of the danger and the politics of how we’re perceived and the implications of the history of how we were treated. There’s all this math you’re constantly doing expressing yourself. We’re trying to not have to explain ourselves to others and just exist, and not censor what our existence looks like as people.” 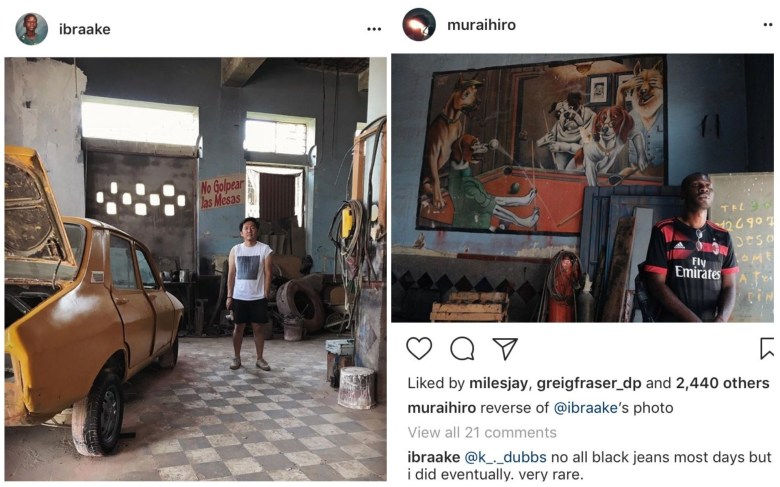 Ibra Ake and Hiro Murai take photos of each other while scouting a mechanic shop in Cuba on June 25th.

While in Cuba, Ake’s instagram feed – which he told GQ “is where everyone steals my best ideas” – has featured striking images that would appear to be shot in Cuba, and could be a visual preview of what to expect from at least part of the new project.

There is another of Glover’s  “This Is America” collaborators reportedly in Cuba working on the project: Choreographer Sherrie Silver. According Fenty Stat’s, an avid chronicler of Rihanna who has been ahead of the media on this story, Silver has been working on “Guava Island” for the last three weeks. IndieWire has been unable to verify Silver’s involvement, but two of her Instagram posts earlier this month were location stamped Havana, Cuba.

Silver, 24, is as immensely talented as she is socially conscience. Born in Rwanda and raised partially in London, Silver aims, as she writes on her website, “to educate the world about African cultures through the art of dance.”  The creative synergy that formed between her artistic vision and that of Royalty’s on “This Is America” was palpable.

Whatever it is filming in Cuba this month, the idea that this will be just another Rihanna music video seems extremely unlikely.

This Article is related to: Toolkit and tagged Donald Glover, Guava Island, Ibra Ake, Rihanna, This Is America