"Don't tell Mama" — but do watch the end credits. 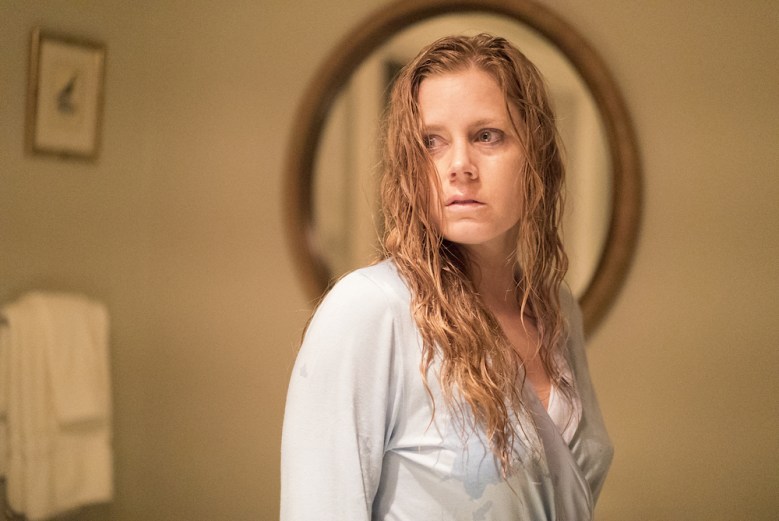 Two killers?! There are two killers? Are you serious, “Sharp Objects”? After sticking the landing last summer with an empowering twist to “Big Little Lies,” HBO put a stunning caper on the hottest months of 2018 by unveiling, yes, Adora (Patricia Clarkson) killed her daughter, Marian, and was poisoning her other two, but — twist! — Amma and her roller skating friends are responsible for the two deaths in Wind Gap… and likely one more in St. Louis.

It’s the kind of twist that only works because every piece has been carefully set up for this moment, so it’s fitting the ending of “Sharp Objects” is a microcosm of the series itself. First, it’s an atmospheric thriller with icy stares and tense scenes as deliciously torturous for viewers watching as they are painful for the sisters trying to survive them. As noted all along, this is a story told in flashes, and the mid-credits scene emphasizes just how important these quick cuts of memory are to the overall story. (You did watch the credits, right?) The finale rewards patient viewers who’ve enjoyed sweating it out in the hot Missouri sun these past weeks, but then it shifts abruptly — as so many episodes did at the very end — to something sinister.

In this case, it’s that Amma is a tooth-pulling, child-strangling, vicious little psychopath. Presumably driven mad by years of poisoning from her mother, Amma may have developed a physical immunity to Adora’s combinations of rat poison and antifreeze, but their mental effects are immeasurably hurtful. And the way in which Amma’s secret side is unveiled is artfully restrained (whereas Gillian Flynn’s book can be a tad over-the-top); in the series, blurry glimpses of Amma’s actions build the implication of who she’s hurt — in the past and present. Together, they’re more than enough to make your bones rattle. 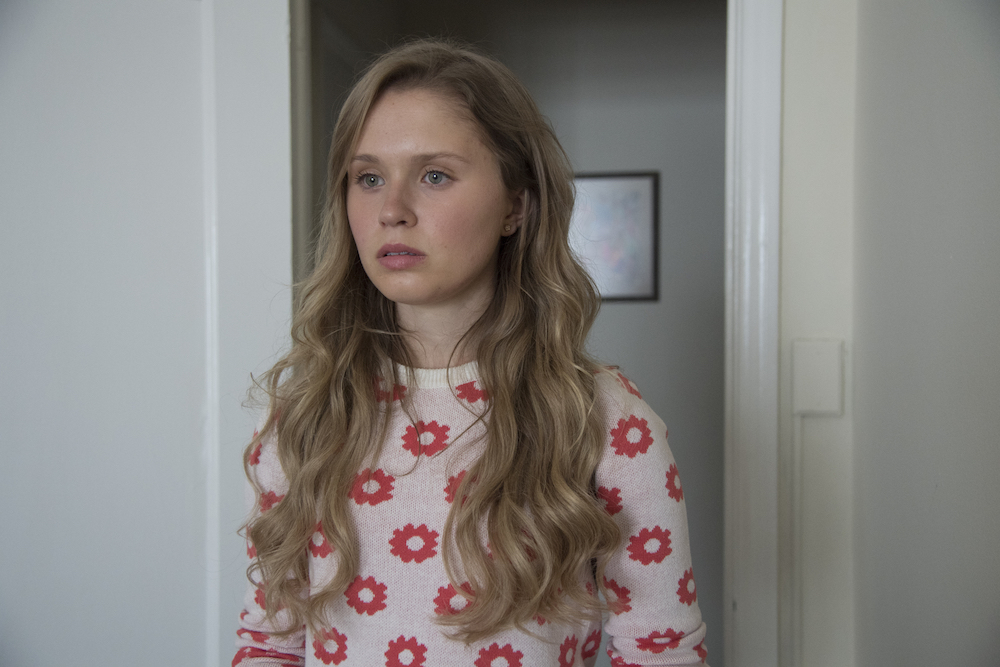 But let’s go back to the beginning, before it was clear who killed the Wind Gap girls and most eyes were focused on Adora. Camille’s certainly were, as Amy Adams’ silent stare-down with Patrica Clarkson delivered the first audible exclamation from this critic; as Amma talks about feeling sorry for Persephone and Adora locks eyes with her oldest daughter, this critic let out something along the lines of, “Oh shit, it is on!“

And yet that moment served as crucial foreshadowing not for Camille and Adora’s fight, but toward the true nature of Amma. She’s Persephone, after all, the queen of the underworld who’s in charge of punishment, and it turns out Amma dealt out her discipline with the pliers from her mom’s garden and one wicked smile. “Sharp Objects” has excelled all season at misdirection, and it paid off the most in the waning moments.

After all the back-and-forth with John Keene (Taylor John Smith) and the cops, Adora and Camille, even Amma’s fake standoff with Alan (Henry Czerny) — as if she was ever going to sneak out of the house for help — Camille saves herself. The phone call she made to her editor, Frank Curry (Miguel Sandoval), is what saved her. Though it would be easy to look at this as a man coming to her rescue, be it Frank or Richard (Chris Messina), it’s Camille’s resourcefulness, honesty, and perseverance that saves herself and her sister. Sure, Amma may not have been worth saving, but Camille didn’t know that at the time. 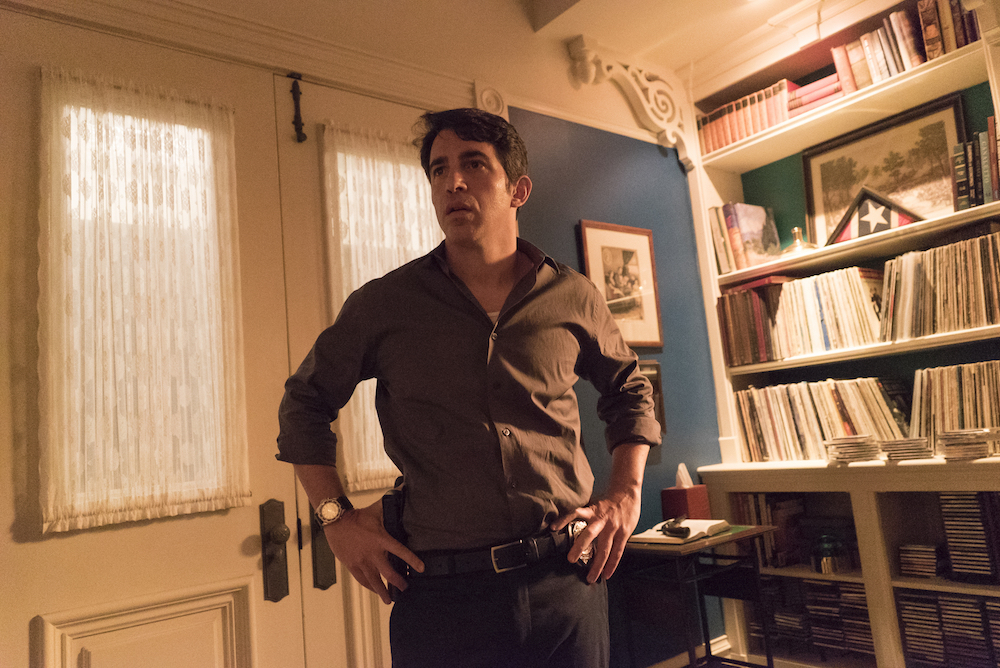 Editing, a strength of the series throughout, guides viewers through to the final surprise. After Richard’s expository and apologetic hospital visit (“What a dick,” the little murderer quips), Camille takes her sister back to St. Louis with her. She gets to see the Arch, as they drive past on I-64, and Amma makes new friends quickly, who she not so coincidentally teaches to roller skate. Adora is sentenced to prison, but avoids the death penalty, and Camille files her story as one last bit of closure for a reporter who may have been a secret essayist all along.

Only then, does the other shoe drop, and like all great mysteries, this twist only improves with consideration. Sure, the strange button where Camille’s neighbor shows up, asking where her daughter is and talking about a fight she had with Amma, that’s explained by the ending, but Amma’s homicidal side project is justified by more than a last-minute addition.

Even after last week, it’s hard to imagine Adora pulling teeth. The show urged viewers to believe she could (by shaming us into thinking women couldn’t be so barbaric), even as it said, upfront, it’s not Adora. Knowing as much, astute onlookers should’ve been suspicious when Richard (a man) casually tossed Alan (another man) under the bus when Camille asked, “She pulled the teeth alone?” Not even Amma pulled them alone. She had help, too, and while odds are she’s at the beck and call of her mother — The Woman in White that little boy saw when the first girl disappeared — it was her skater friends who showed up in the mid-credits scene.

So what’s known for sure, when it’s all said and done? Amma’s a killer, roaming free. Adora’s a killer, stuck in prison. Camille has a choice on her hands: Will she or will she not “tell Mama”? With so many principles still kickin’, a twist ending that casts the series in a whole new light, and a quality product from start to finish, a quick reaction to the finale may be to demand more. But the longer you sit with it, the more fitting this ending feels. “Sharp Objects” was told in flashes; it’s only fitting it ends with a bang.

“Sharp Objects” is available to stream in full on HBO.

This Article is related to: Television and tagged Amy Adams, HBO, Sharp Objects