The new CBS All Access show, produced by Alex Kurtzman, won't be a "Next Generation" reboot, which has us wondering what might come next. 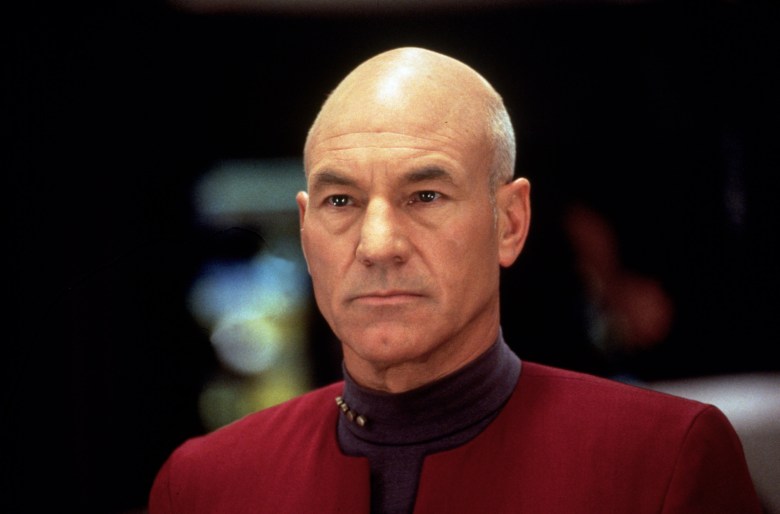 CBS has re-engaged Patrick Stewart for a new “Star Trek” series, and now that we’ve embraced the sublime joy of knowing that the legendary actor will be returning to the universe that first made him a sci-fi fan favorite, the question remains: What is this show actually going to be about?

The release sent out by CBS promises that this new series is not a reboot, but instead a series that will focus on capturing the “next chapter” of Jean-Luc Picard’s life. That could mean an awful lot of things, but let’s consider that they didn’t mention any other returning characters, or even the show’s setting.

Based on what’s been said — and more importantly, what we know about Picard as a character and “Star Trek” as a universe — here are a couple of obvious ideas for where the show might go.

It’s honestly kind of a no-brainer to suggest that a new “Star Trek” series featuring Jean-Luc Picard focus on getting the man back on the bridge of a starship. While the press release did emphasize that this is not a reboot, that doesn’t mean Picard would settle for a planet-bound life, and the most natural progression for the Starfleet captain would likely be heading up a new crew, on either the Enterprise or a new starship.

Saying that the show would likely feature a new crew is only meant to acknowledge that as this is not a reboot, many of the characters from “Next Generation” would likely only pop up for cameos, given how many of their characters have likely moved on to new positions (much like the actors involved in “The Next Generation” are now living very different lives). However, boldly exploring the galaxy is a concept that allows for a lot of flexibility when it comes to creating new characters and new stories, and it’s thus not hard to imagine Picard once again leading a team of humanity’s best into the unknown.

That said, the release even seemed to make a point of not mentioning Picard’s rank, which is notable given that unlike his fellow Captains Kirk and Janeway, Picard never rose to the rank of Admiral during either the series or subsequent feature films, remaining Captain in every iteration of his portrayal. So what if he had a different role in the Federation? 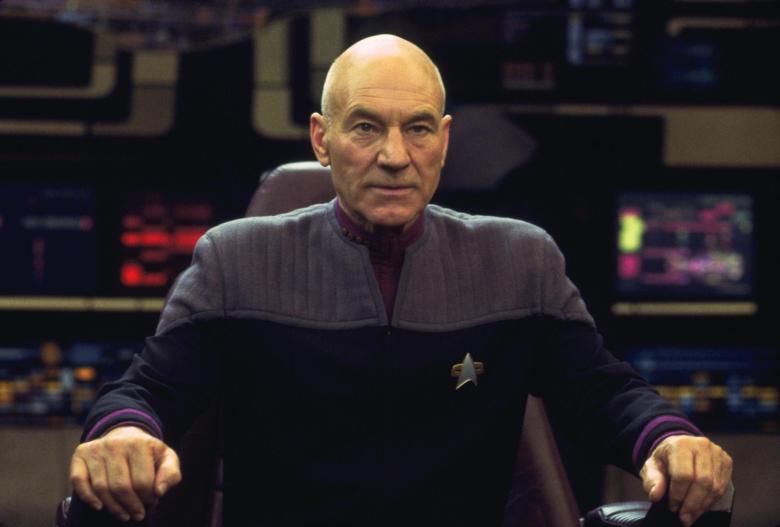 The concept of aging and retirement has always been a fascination for “Trek,” especially in the films — a major theme of “The Wrath of Khan,” for example, was Kirk coming to terms with his recent promotion to Admiral and subsequently saying goodbye to space adventures. Kirk eventually returned to the captaincy, but what if Picard took a similar route?

While the era of “Trek” that theoretically would be depicted in this series is relatively peaceful (at least in comparison to the Dominion War depicted by “Deep Space Nine” or the Klingon conflict that dominated Season 1 of “Discovery”), there are no shortage of intergalactic political issues that might need the steady diplomacy that a seasoned officer like Picard could offer.

“The West Wing” in space, is basically the idea here; in fact, Picard’s career trajectory here could essentially mirror that of Spock’s own path, who shifted from serving actively in Starfleet to becoming an ambassador and diplomat. (Verdict is out on whether or not he’d eventually end up traveling back in time and creating an alternate universe where his younger self is played by a guy who used to be on the NBC drama “Heroes,” but anything can happen on television.)

As fans will remember, the Picard family wasn’t traditionally interested in Starfleet — Jean-Luc, in signing up for the service, was an aberration. Instead, we saw in the fourth season episode “Family” that traditionally, the Picard clan ran a winery in the heart of the French countryside.

Chateau Picard wines made a few appearances in the series, but then in the film “Star Trek: Generations,” Picard received the tragic news that a fire at the winery had killed his entire family, making him the last living Picard.

In the following films, Picard sticks to his space-faring ways, but what if this “new chapter” saw him returning to Earth to rebuild Chateau Picard (and maybe find love)? Think “Under the Tuscan Sun,” but in the future and also in France! Key to this pitch is Picard wearing a lot of loose linen shirts, like so: 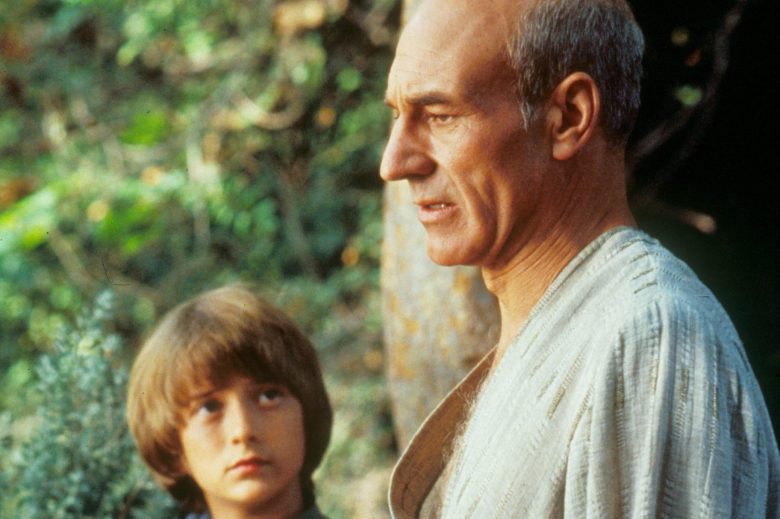 Sure, it’s a premise that lacks the potential for space battles. But hey, who doesn’t like watching people drink wine in the French countryside…

Okay, this one might be a bit of a stretch. But it’s pretty exciting to play “what if” at this stage, given how little we know but also how vast a universe this is. The definition of what “Star Trek” can be keeps evolving over the decades, and watching that evolution is almost as exciting as the actual episodes themselves.

This Article is related to: Television and tagged CBS All Access, Patrick Stewart, Star Trek