The Emmy-nominated comedians spoke to IndieWire about the enduring life — and thoughtful creation — of "An Evening You Will Forget For the Rest of Your Life." 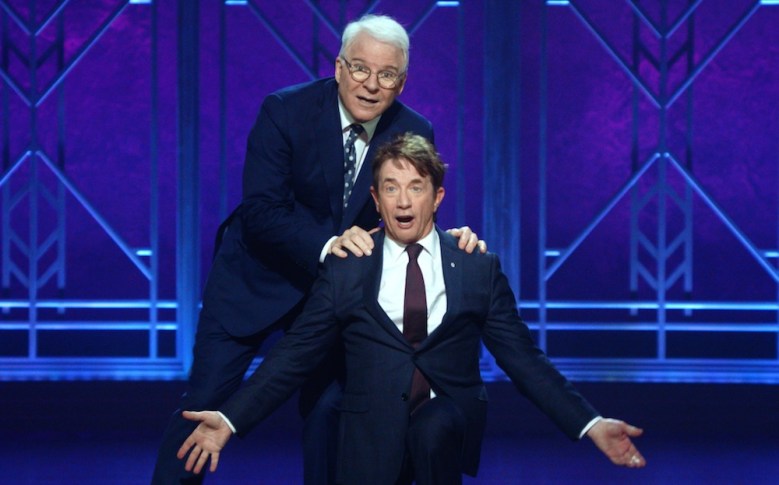 Steve Martin and Martin Short in their Netflix special

In Steve Martin and Martin Short’s Netflix special, “An Evening You Will Forget for the Rest of Your Life,” the two performers put each other on blast. Short goes after anything related to Martin, from his movies (“Thirty-five years later and you’re still ‘The Jerk'”) to his appearance (“You look like a page in a coloring book that hasn’t been colored yet”), and Martin returns the favor (“Marty, I think of you as a renaissance man, and not just because you carry smallpox”).

Not everyone could pull off a faux-hostile dynamic like this, especially in 2018, when kindness is at a premium. And the two comedians know it.

“We think about that a lot,” Martin told IndieWire in a joint interview with Short. “I’m picturing Carol Burnett and Tim Conway, for example. They would never do that. It wouldn’t work if they were putting each other down.”

“I think the secret, Steve, is that the audience has to believe there’s no malice involved,” Short said.

Short then cited Sonny and Cher — for whom Martin once wrote jokes — as a pair who could make each other the butt of their jokes. “We bought them as a happily married couple who kidded each other,” Short said. “Good friends in any situation rib each other, lovingly.”

“It’s like what families do,” Martin said. “I can see that it’s not going to work for a lot of people. People are sensitive.”

“I think Mike Pence and the president couldn’t do it,” Short said. 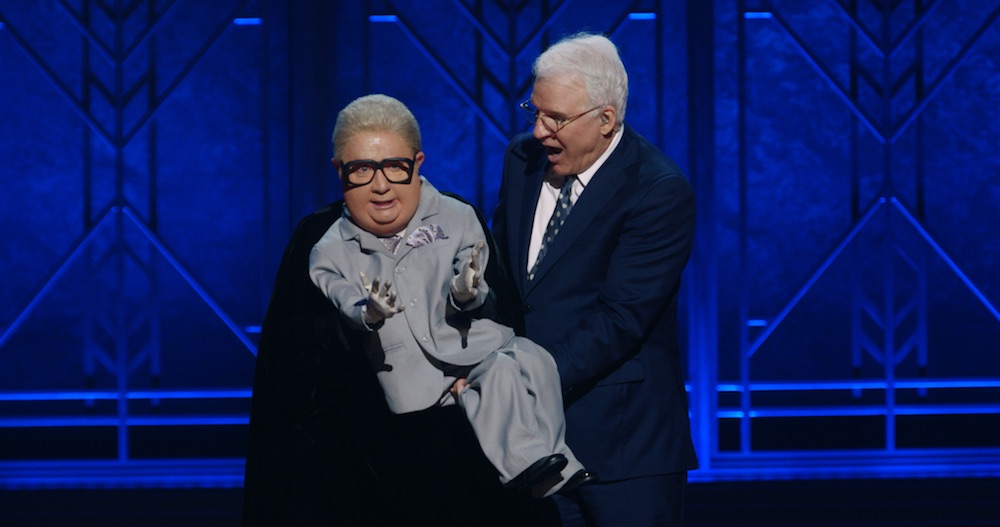 But even though they’ll joke about politics off-stage, they don’t talk about Donald Trump on-stage — at least, not anymore.

“Before the election, we did a lot of Trump material, a lot of political material, and it was fine,” Martin said. “After the election, you started to hear comments from the audience, whether it was a yay or a boo, and we said, ‘We don’t want that. We’re not here to preach.’ So we started limiting the divisive political material from the act because you get that on late-night TV. It’s not something you want to pay [for]. We’re just trying to be funny.”

“When it comes to politics, you don’t want to make half the audience feel like they’re inappropriate,” Short said. “So even when we’re doing Jiminy Glick, we try to go back and forth.”

Expectations play a part in their choice to limit the political commentary, too.

“For me, it’s not my forte,” Martin said. “I’m not known as a political comedian for a reason — I actually made a choice a long, long time ago. I just feel it takes the audience out of the show a little bit.”

Still, things change. Martin and Short are still touring with “An Evening You’ll Forget For the Rest of Your Life,” and they said “40 to 50 percent” of the current show is new material compared to what’s on Netflix. Part of the reason they even decided to record a version for Netflix is because they knew adjustments were inevitable.

“There is a thing where you work on something [and] you can work on it and work on it, take it out of town and then work on it again, then do five weeks of previews — but eventually, you have to open the show. You have to say, ‘This is what it is. This is the best version of it,'” Short said. “So the idea of it being captured for eternity was exciting and complimentary, and we felt the show was ready for that stage.” 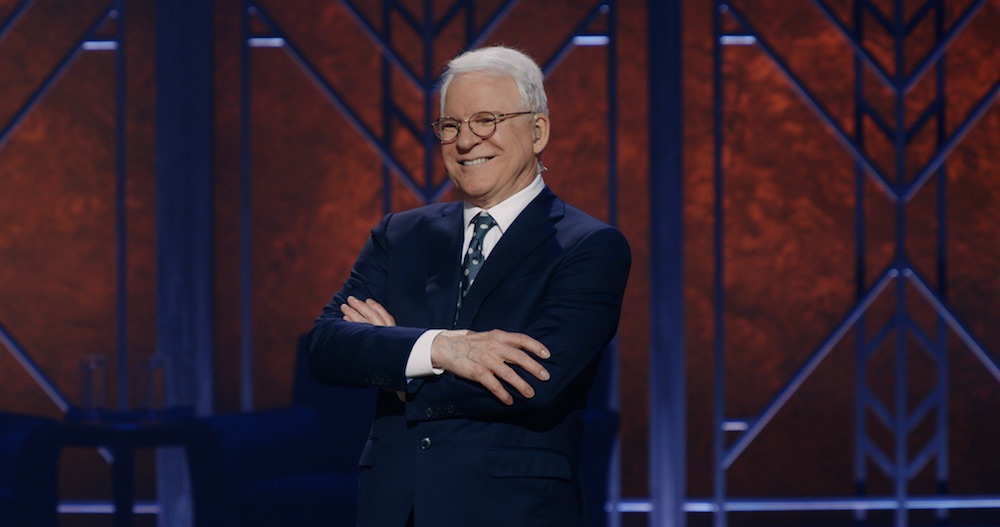 Steve Martin in his Netflix special

“And we realized the show was going to start changing, simply because of ennui,” Martin said. “You don’t want to keep doing the same bits forever, and that’s a way for us to say, ‘It’s on film now, and now we can move on and start coming up with new bits.'”

The fact it exists at all serves as more evidence of the duo’s adaptability. Martin left stand-up nearly 40 years prior, thinking he’d never return to live performance.

“When I finished stand-up comedy in 1980, I never wanted to see a live audience again,” he said. “I did movies for 10 or 20 years and only occasionally would be found in front of a live audience for, you know, awards shows or charity events or something like that. And now, it’s the only place I want to be.”

“I like it because, in a way — and this is odd to say — it’s private. You’re not putting something on the internet for every troll to comment on,” Martin said, referencing social media without ever using the word “Twitter.” “I think we’re sensitive. I like having the audience there — they’re predisposed to like you because they bought a ticket and predisposed to listen and not judge you every two seconds.”

A lack of quick judgments only benefits a show where the two hosts pick on each other. Viewers need to settle in and appreciate the dynamic.

“If we were at dinner with a bunch of people, we would [make fun of each other] at dinner,” Short said. “[But] it would always be good-natured. I’ve had people who didn’t really know us at those dinners who said, ‘Gee, you guys really go at each other, huh?'”

“And then that person is never invited back,” Martin said.”

“They didn’t get it,” Short said. “Who needs to bomb at every dinner?”

Steve Martin and Martin Short have tour dates scheduled through the rest of 2018. Tickets are available here.

This Article is related to: Awards and tagged Martin Short, Netflix, Steve Martin