Season 4 Episode 9 confirms the bare minimum of what was learned in Episode 8, but that doesn't mean firm answers are forthcoming. 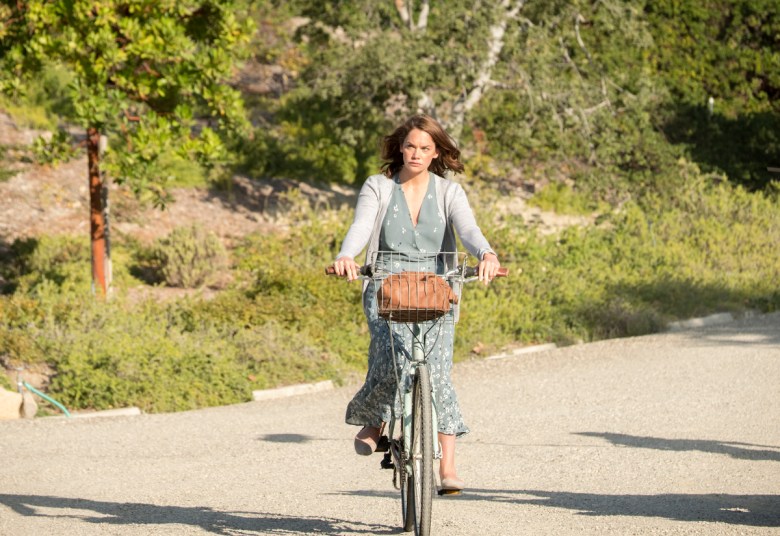 One of the most basic rules about “The Affair,” established years ago, is this: The viewing audience will never know the complete and real truth about what’s seen on the show. There are always hints as to whether various versions of events can be trusted, but hoping there will be one solid answer to the questions that come up is forever foolish, because on this show, there is no such thing as an objective fact.

Thus, following the events of last week’s episode, it might be natural to be very, very worried about “Episode 9,” and what might unfold between Alison (Ruth Wilson) and her relatively new lover Ben (Ramon Rodriguez) — since, after all, “Episode 8” revealed that a few days after the events of this episode, Alison would be found dead.

“Episode 8” was told from the points-of-view of Cole (Joshua Jackson) and Noah (Dominic West), so all the information received about what happened to Alison the night she died was second-hand at best. “Episode 9,” meanwhile, is entirely a two-hander focused on what happens between Ben and Alison, but, as always, the truth proves to be complicated.

Told in two parts, both of which are from Alison’s point-of-view, Part 1 finds Ben coming over to Alison’s apartment; he’s caring, helpful, and deeply apologetic for the lie he told Alison. The ensuing sequence features the two of them essentially breaking up, followed by Ben making Alison dinner and him revealing just how badly his time as a solider messed up his life. Alison listens with empathy, and then confesses her own sins, specifically the reasons why she blames herself for her son Gabriel’s death. The connection between them builds to sex on Alison’s balcony, basking in a new level of intimacy…

But Part 2 rewinds the clock, as indicated by Alison’s once-again leaking faucet, to depict a very different version of the night — points, by the way, to that exceptionally clever transition shot which seamlessly transports viewers to a completely different set of circumstances: The thunder indicates the change of weather, the running water masks the building sound of the rain outside, and before you know it, there’s Alison’s in a notably different outfit (pants and a floral top, instead of the floral dress from before). 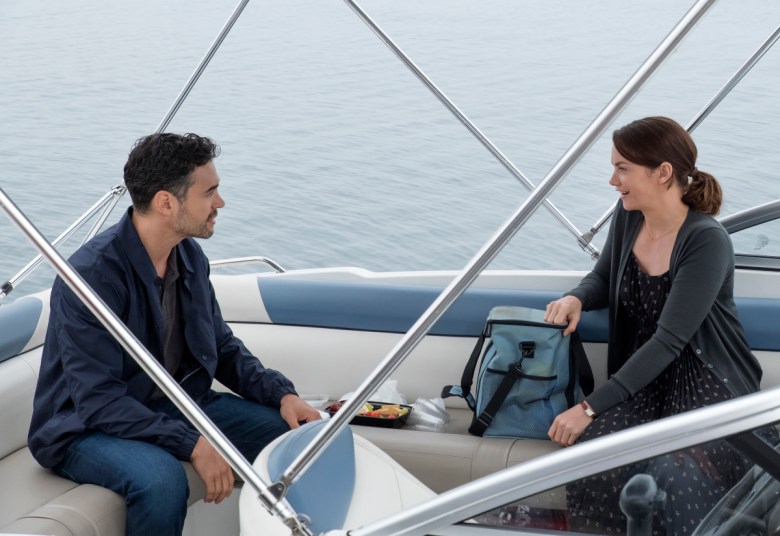 In this version of events, Ben still shows up at Alison’s house, but with no flowers in hand, and everything is awkward between them, especially as Ben becomes confrontational and argumentative with her; he’s bitter about being stood up. Meanwhile, Ben lies to her about being married with a family, and while Alison tries to open up to him, Ben reacts with literal violence — first, just slapping her hand away when she tries to touch him, but then, after Ben has a few drinks, he gets confrontational and eventually slams her against the wall, resulting in a brutal head wound. Alison’s seemingly last conscious thoughts are of being dumped into the sea by Ben, lost forever.

Parts 1 and 2 tell different versions of the night’s events, but if Part 1 is more accurate, then what it means is that later that night, something else happened that led to Alison’s death (not to mention Ben’s subsequent need to get drunk). Meanwhile, Part 2 seems somewhat more plausible, especially given the choice to end the episode with Alison’s inner monologue (ostensibly her character’s final thoughts).

But really, that’s not the point. The motivation behind depicting two very different versions of Alison’s last night, it feels, has very little to do with making sure the audience knows what exactly happened. Because the humbling and perhaps frustrating catch with the aftermath of her death is that even if the Season 4 finale or beyond contains an extended point-of-view sequence from Ben, no one will ever know, exactly, what happened to Alison — and more importantly, neither will Noah or Cole, or the rest of her family and friends (barring a confession by Ben or some sterling detective work by Jeffries).

It is the bold sort of choice fans have come to admire from “The Affair” because it’s hard not to admire the kind of balls it takes to potentially alienate your entire audience. But that risk is made in the name of reminding us of the frustrating truth that in real life, sometimes this is what happens. Sometimes a loved one is lost, and the ones left behind have to live with simply no real answer as to what happened.

Whether or not that makes for satisfying television perhaps depends on your personal preference. But “The Affair’s” commitment to its very specific ethos, in this case, has never been more fascinating.

“The Affair” Season 4 finale airs next Sunday at 9 p.m. EST.

This Article is related to: Television and tagged Ruth Wilson, The Affair, TV Reviews