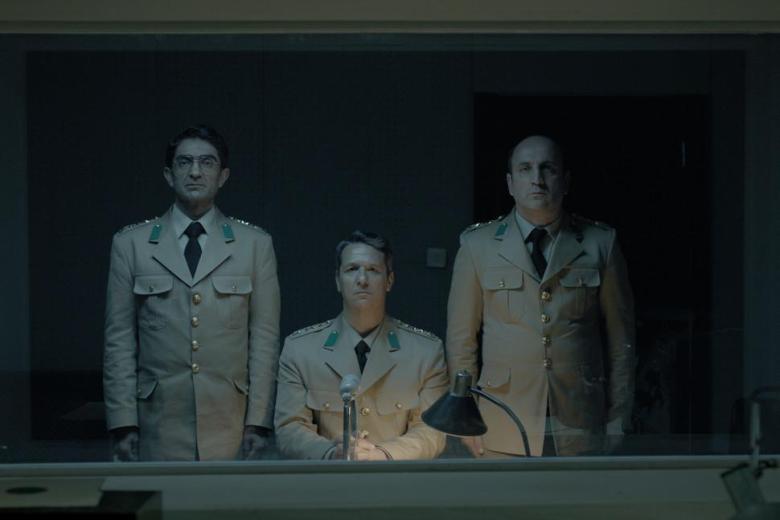 Based on actual events and unspooling over the course of a single, very strange, mostly ill-fated night,  “The Announcement” takes a satirical approach at a fraught political situation that continues to reverberate today. In May of 1963, a group of Turkish military officers planned a coup d’état to take down their government, which they intended to legitimize with an announcement made via National Radio.

Yet nothing involving what should have been a simple announcement goes to plan, from bad weather to a missing technician, to the vague possibility that there’s no coup actually happening. One part political satire, one part comedy, all absurd but often steeped in truth, “The Announcement” is set for a premiere at Venice.

In official press materials, director Mahmut Fazıl Coşkun explained that the film “is a story of a clash and a unity of two different parts; soldiers and civilians, who read and understand the world and the life from two different perspectives. …When I came up with an idea of a film out of this story, I thought I will not be able to find a better story that I can express all these oddness and contradictions which are hard to understand at first glance. I have never had an intention to be a side or to judge what’s been going on.”

The film is based on actual events, though Coşkun also explained,  “I am not a historian. Even though the story of the film is familiar with some other real life stories, I wanted to write my own story and tried to see how I can see the past independently of official or unofficial history. My aim in the story is to express the absolute power of the streets and the life following the process of the announcement of a coup without being a supporter or an opponent of it.”

The film is Coşkun’s third narrative, following his lauded documentary career and a pair of fiction films — including “Wrong Rosary” and “Yozgat Blues” — which both also bowed on the festival circuit.

Check out IndieWire’s exclusive trailer for “The Announcement” below. The film will premiere next month at Venice as part of its Orizzonti section.

This Article is related to: Film and tagged The Announcement, Trailers, Venice, Venice International Film Festival