This episode-by-episode breakdown of the first two seasons — featuring interviews with the cast and crew — looks at the NBC comedy from all possible angles. 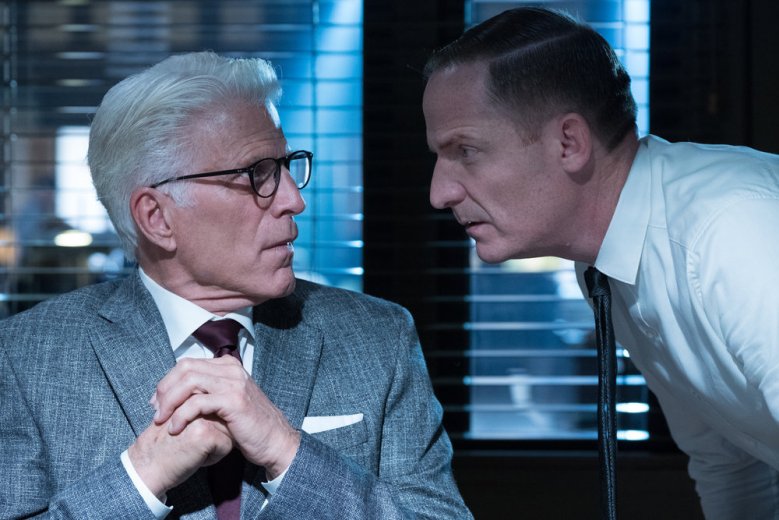 Because not everything is a horrible vortex of terribleness, “The Good Place” Season 2 is now available on Netflix. With a whole new season on the streaming platform, it’s another chance for potential and existing fans alike to dig through the NBC comedy’s most recent set of episodes.

But aside from what’s now available to be parsed, GIF’d, and otherwise enjoyed from the series, there’s another resource that’s steadily become a must-listen companion piece to the show itself. “The Good Place Podcast,” now released twice weekly, is a collection of interviews with integral members of the show’s universe, dissecting the show on an episode-by-episode basis.

Each central cast member has made at least one appearance, and some of the show’s main writers (including creator Michael Schur) have made return trips behind the mic. But it’s a bevy of expert crafts specialists from across the casting, costume, and production design teams that add an extra layer of understanding few shows are afforded. Some details remain trade secrets, but all of these guests are generous and unguarded in giving fans of the show some insight into how some of the show’s most pivotal sequences came together.

“The Good Place Podcast” is a tremendous bit of stealth advertising for “The Good Place,” but it also stands on its own as a reliably entertaining podcast. A lot of that comes from Marc Evan Jackson, who aside from playing Shawn on the show, brings his twin NPR gravitas and veteran improviser expertise to each episode. Jackson keeps these conversations organized and focused so that listeners still have the context they need, even if it’s been a while since you’ve seen the episode in question.

Jackson’s also in the perfect middle ground between superfan and entrenched series regular to offer perspective on the day-to-day life on set. Through him, these conversations help paint a picture of “The Good Place” extending far beyond what makes it on camera. For any fans of writers’ rooms, there are enough bits and pieces about the inner workings of “The Good Place” staff to help illustrate how a season comes together, from breaking story to the credited writers’ final passes. (Hard to pick which one is more entertaining to imagine: the 14-monitor, one-keyboard setup or Schur’s soundboard of audio drops.) 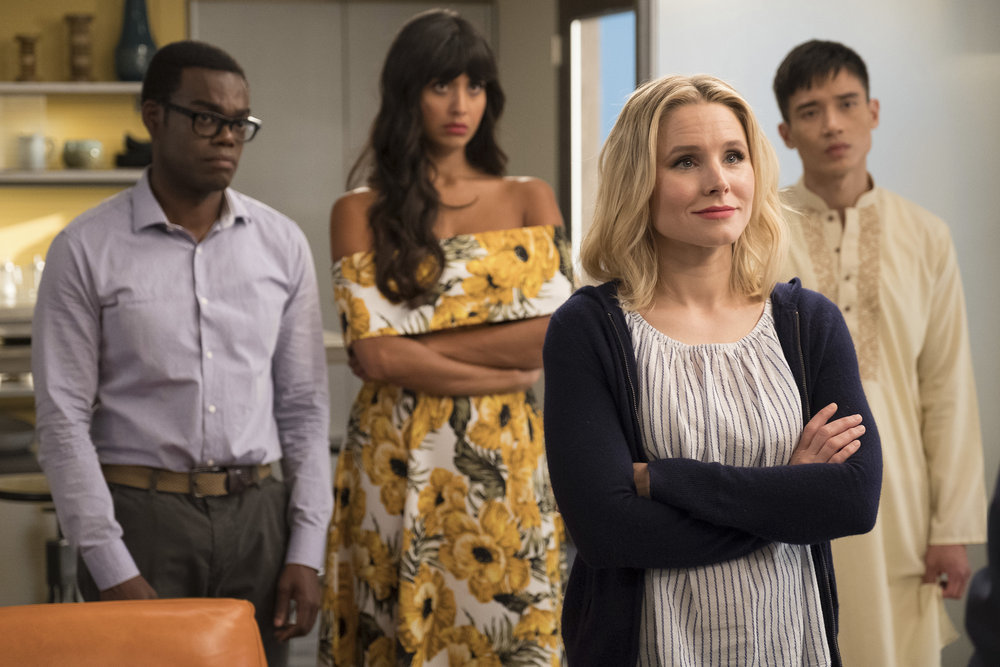 Just as the show makes you a more keen observer of “The Good Place” character details and design elements, there are different recurring themes that pop up over the course of listening to the show. Knowing that all of these individuals still have gainful employment, it’s pretty funny to hear how many of them thought their respective meetings when they found out the Season 1 twist was really about them getting fired. And everyone is mortified of giving away details of the forthcoming Season 3, which is where Jackson’s steady guidance also comes in handy.

Forbidden discussion of the future aside, there’s enough in each of these “Good Place Podcast” episodes that it works before or after the episode in question. Use a chat with D’Arcy Carden to help prep for the nuances in Janet’s beach-set death scenes or a talk with visual effects supervisor David Niednagel to find out how the show managed to pull off the train journeys and neighborhood chaos sequences that have been popping up during a Season 1 re-watch. Each installment is geared toward a specific episode of “The Good Place,” but there’s enough big-picture discussion that any individual podcast chapter has something to offer.

Much like the show it’s chronicling, “The Good Place Podcast” helps flip the audience’s expectations. Even in this casual setting, there’s some real vulnerability in the way some of these writers and performers — who have helped make some instantly iconic TV moments — explain how they were certain they’d failed. Some of them talk about disastrous auditions. Others detail jokes that almost never made it to air. It’s a reminder that, even with such a polished product at the end, making TV is a collaborative process that never shows its full impact until after the finished episodes are out in the world.

And in that collaboration, there’s a chance for “The Good Place Podcast” to highlight some unexpected contributions that have had long-lasting effects on the show. There’s the story of series writer Josh Siegal having to fill in last-second to play one of the Neighborhood residents. One of the highlights of the entire podcast is Schur describing how Noah Garfinkel, the writer who lent his likeness to Doug Forcett, was treated like a god when he showed up on set one day. By the time Season 3 premieres on September 27, listeners will have access to conversations based on each of the 26 “Chapters” of “The Good Place,” each with their own behind-the-scenes kernels to sift through.

There’s also the “What’s Good?” segment at the end of each episode. A collection of charity recommendations, friendship appreciations, and tributes to four-legged friends, this parting look at the best rays of positivity these guests have to offer helps live up to the show’s promise. It might make you a better sleuth at the tinier offerings in the “Good Place” universe, but it might also make you a better person in the process.

“The Good Place” Seasons 1 & 2 are now available to stream on Netflix.

This Article is related to: Television and tagged Marc Evan Jackson, Netflix, The Good Place