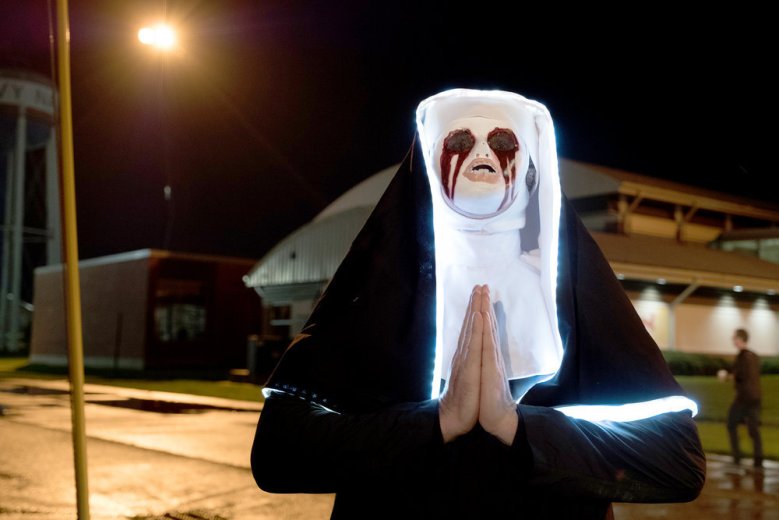 The original “Purge” movie isn’t all that scary. Set largely in a palatial estate under siege by purgers (a.k.a. people who take advantage of the government’s 12-hour blind eye to unlawful behavior), James DeMonaco’s first entry in the Blumhouse horror franchise is suspenseful, sure, but it’s more focused on delivering a chilling message than making the audience curl up in their seats; knowing its cultural commentary needs to be heard, the narrative doesn’t dissuade viewers from leaning in to appreciate the allegories.

So pointing out that the latest depiction of Purge Night — and the first for made for TV — isn’t particularly petrifying is far from a damning critique. “The Purge” doesn’t have to be, but USA’s limited series does need to deliver something of value: engaging characters (rather than one-note eye witnesses), imaginative world-building (instead of brief, unexplored glimpses), or, yes, relevant commentary. The first three episodes make a half-hearted attempt toward the latter, but they’re just reiterating aspects from the movies. With a high-concept (“Crime is legal!”) and a ticking clock (“But just for 12 hours!”), “The Purge” should never be familiar or slow, and the TV version manages both. 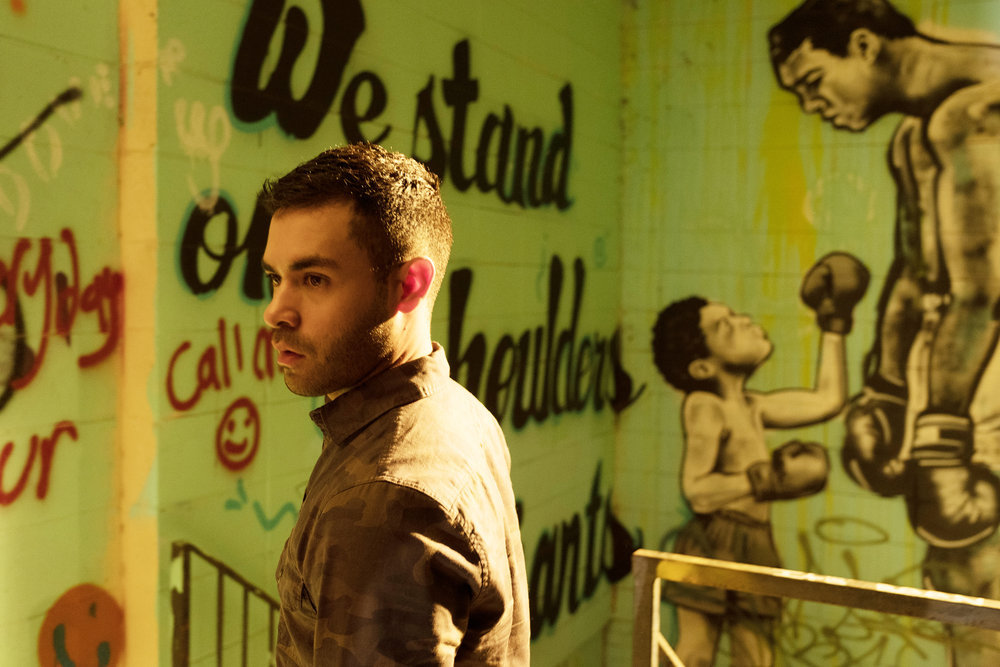 Gabriel Chavarria in “The Purge”

It’s a missed opportunity, too, because TV is a great place to purge: A 10-hour miniseries opens up the possibility of exploring so many weird, wild, and horrifying aspects of what sinful urges people wait all year to act upon, but the actual show just tells a bunch of half-assed stories instead of a few revelatory ones. With a lighter tone and stock archetypes, “The Purge” feels like it’s dumbing things down for TV, not taking advantage of the extra time — or — mini-series, mega-boring, if you will.

Take the main character (or at least the one connected to more than one storyline): Miguel (Gabriel Chavarria) is a U.S. Marine who comes rushing to the aid of his sister when she sends him a strange message shortly before Purge Night. When he arrives at her halfway house, she’s gone, and he follows a trail of clues to try to find her… before it’s too late. Miguel’s quest takes him deep into the dark side of The Purge; he uses his night vision goggles to guide him through dangerous streets where pedestrians are being shot and set on fire. He’s trapped on the roadway and forced into a televised game show made exclusively for Purge Night. (It’s called The Gauntlet, and Miguel basically has to fight his way through to survive.)

Again and again, Miguel has to go where no sane person would, in order to save his sister. That’s a great premise, but it’s poorly executed. All the audience knows about Miguel is that he’s a Marine (so he’s tough) and he loves his sister (so he’s… a good brother?); there’s not much personality to his hollowed-out hero type, but that would be forgivable if he encounters anything unexpected. The scenarios are all pretty basic; even though the purgers have been thinking about what to do with their free time all year (if not for many, many years), it’s clear the show’s writers didn’t think about it longer than a few minutes. 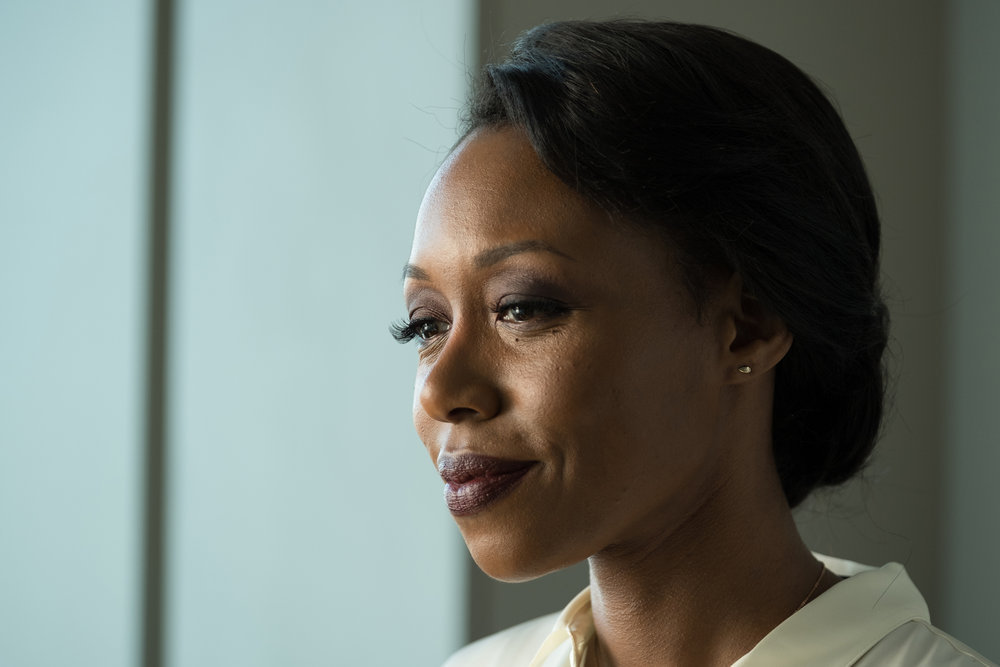 Amanda Warren in “The Purge”

These egregious oversights continue as the rest of the cast is introduced. Miguel’s sister, Penelope (Jessica Garza), is on a bus full of volunteer purgees — cult members who hop off at their designated stops to be killed by bloodthirsty purgers. The psychology of the group could be interesting if they weren’t treated like a generic cult of blue-hooded nutters, but alas, this storyline is just a means to stretch out the suspense of whether Miguel can get to her before her bus ride is over… for good. Then there’s Jane (Amanda Warren), a mistreated businesswoman who would be a partner by now, but her sexist boss (played by Billy Baldwin) has it out for her — so guess how she spends her office-bound purge night! The third episode introduces a hockey-masked vigilante protecting people who don’t want to be purged, but a superhero who looks like a classic movie villain isn’t all that creative; it’s just confusing.

“Jason Voorhees” could still connect later on, but the series swings and misses so often, it’s hard to have faith in his future — especially when so many interesting plot points pass by unnoticed. (Two topics mentioned but undeveloped are: a) Lyft drivers pushed into working The Purge for the surge prices, and b) whatever is going on with escaped zoo animals; these are one-billion times more interesting than anything the show focuses on.) Even a weird story about a poor couple looking for their big break at a 1 percenter’s purge party doesn’t go anywhere surprising — and they’re part of a threesome-inspired love triangle! How do you make that boring?

At best, “The Purge” is a generic, broadly appealing thriller with enough obvious socio-political commentary to act as a welcome guide to the better, more incisive movies. At worst, it’s yet another example of filmmakers treating TV like a garbage dump for rejected movie ideas unworthy of fleshing out for the big screen. To say television deserves better is obvious, so instead let’s remember “The Purge” deserves better, too.

This Article is related to: Television and tagged The Purge, TV Reviews, USA Network