Susanna Fogel's action comedy nods to other butt-kicking badass women, but delights in the chance to introduce some real, weird, regular women into the genre. 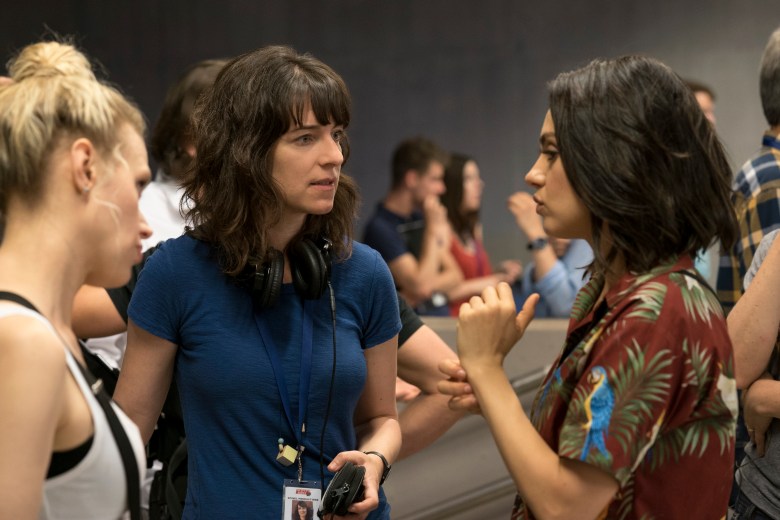 Susanna Fogel, Kate McKinnon, and Mila Kunis on the set of “The Spy Who Dumped Me”

Midway through the first act of Susanna Fogel’s “The Spy Who Dumped Me,” best friends-turned-accidental-spies Audrey (Mila Kunis) and Morgan (Kate McKinnon) have already endured a kidnapping, an attack in their own home, and a bonkers shootout in a classy European cafe. Audrey and Morgan, who don’t seem to be trained in much of anything (let alone spycraft), don’t become suddenly handy with a gun or trained in martial arts: They shuffle out of the cafe hiding behind a hardshell suitcase, and then they run.

While action comedies like “Private Benjamin” and “Spy” hinge on seemingly inept women rising to the challenge presented by wild situations that require actual military precision, the current crop of a female action movies often rely on heroines who are almost too perfect in their butt-kicking abilities. “Atomic Blonde,” “Red Sparrow,” and “Proud Mary” all boast leading ladies who are so well-trained and highly skilled that they’re nearly infallible. While that contains its own cinematic joy, seeing women like Audrey and Morgan in similarly heightened situations is refreshing.

“To swing the pendulum away from trope of the wedding-obsessed woman, we push it so far in the other direction that they’re not allowed to be flawed at all or have any vulnerabilities, and I hate that,” Fogel said in a recent interview with IndieWire. “I think it’s dangerous to create this idealized woman trope in the other direction, too. Also, it’s comedy! It wouldn’t be funny if they were just good at stuff!” 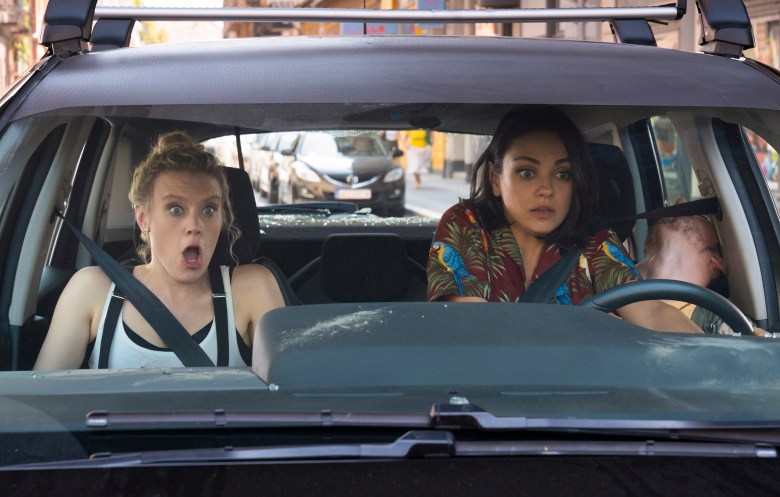 “The Spy Who Dumped Me”

Audrey and Morgan are not good at stuff, and the film opens with both of them mucking through their early 30s in prototypical “bored Millennial” fashion. Audrey works at a Trader Joe’s knockoff, complete with Hawaiian-shirt uniform, and Morgan is a struggling actress. Lacking ambition as well as skillsets, they’re no one’s idea of spy candidates — a relatable plot point that’s also ripe for comedy.

The film also includes overt nods to super-charged girl-power politics, but Fogel and co-writer David Iserson put their own spin on it. First, there’s a woman pulling all the strings: Gillian Anderson’s high-powered higher-up appears to be channeling Judi Dench’s James Bond character M, all cool looks and unwrinkled attitude. Morgan is obsessed with her (“She’s the Beyonce of the government!”) and, upon their first meeting, asks why the hell they haven’t been dealing with her the entire time, as she seems to have a level of control the boys just can’t muster.

Then there’s gymnast-turned-trained-asssasin Nadedja (Ivanna Sakhno), who appears in the film’s second half to wreak havoc. She’s ripped from the “Red Sparrow” playbook: robotic and fearsome, trained to within an inch of her life, cold. It’s like being thrust inside another film when she unfurls her toolbox of torture devices, but then Audrey and Morgan start peppering her with details of their otherwise ordinary lives (“Audrey shaves between her boobs!” “Morgan flosses with her hair!”). They win that round. 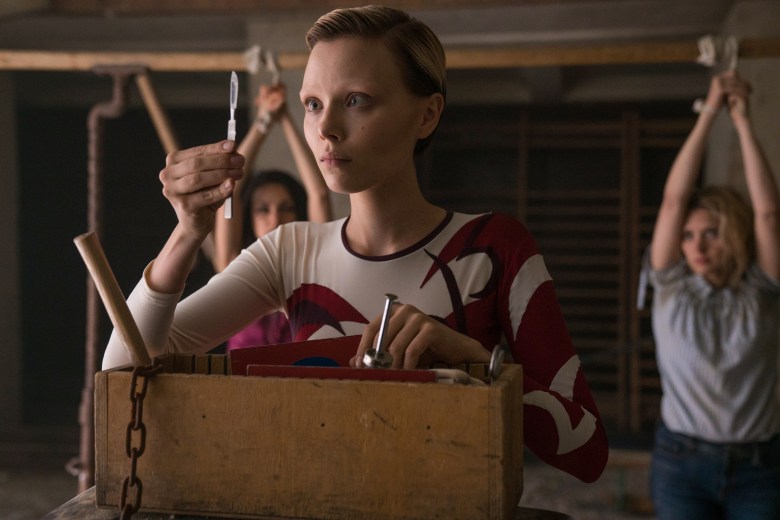 “The Spy Who Dumped Me”

Fogel mused, “Do we censor ourselves from telling these stories because we don’t want to do something that’s ‘bad for feminism’?” She didn’t want to turn Audrey and Morgan into international spy material for the sake of action-movie girl power, but the director and screenwriter wanted to find a balance between idealizing her protagonists (“not funny”) or turning them into “dingbats” (“not feminist”).

It’s a tricky line to toe. When a teaser trailer featured a gag in which Kunis’ character is unable to drive a stick shift, the New York Times called it out for “[seeming] to play into stereotypes from an earlier time, like the one about women being bad drivers.” Fogel took that one personally.

“It didn’t occur to me that that would be an interpretation, because first of all, I drive a stick shift and David doesn’t,” she said. “So we didn’t fit into those [stereotypes]. The joke is a ‘dumb Americans in Europe’ joke. It’s a fish out of water, Americans-not-equipped-for-global-adventure thing. It isn’t also meta-commentary. It’s not operating on any more levels than that, but then it sort of ends up having that significance.” (Oddly enough, the Times recently picked that same scene for their ongoing Anatomy of a Scene feature.)

Reaction to the teaser forced Fogel to think about how some of the film’s jokes might be interpreted by her audience, but she still thinks the work speaks for itself. “It’s interesting to talk about in terms of ‘feminism or not,’ because I try to do the mental exercise of putting guys in the same situation and wondering what will happen,” she said. “If this were Paul Rudd and Will Ferrell doing this, would people think it had anything to say about men? Probably not, because they’re just people. It would just be a choice about tone, and not a choice about politics or gender politics.”

Oh, and one other thing: that cafe with the shootout? It’s the same one from “Red Sparrow,” just retrofitted and reimagined for something new (and a hell of a lot messier).

“The Spy Who Dumped Me” is in theaters now.

This Article is related to: Film and tagged Girl Talk, Interviews, Susanna Fogel, The Spy Who Dumped Me