“Tilda is a filmmaker, not just an actress," Guadagnino says of Swinton, who he has made four films with and counting. 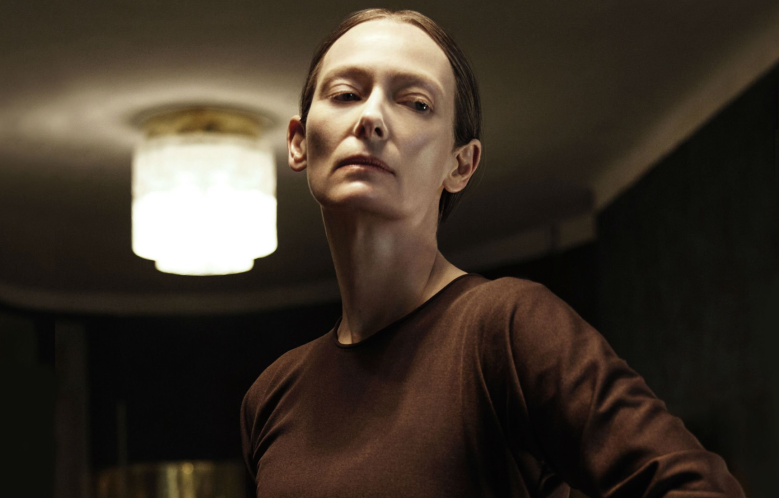 Tilda Swinton and Luca Guadagnino are reuniting for a fourth time with “Suspiria,” but their relationship started long before they even worked together for the first time on the 1999 crime thriller “The Protagonists.” Swinton recently told ScreenDaily she first met the Italian director 25 years ago, and it turns out they discussed their mutual obsession with Dario Argento’s 1977 “Suspiria” during their first conversation. Little did Swinton or Guadagnino know at the time they would reimagine the horror classic over two decades later.

“Several centuries we’ve been talking about it,” Swinton jokingly said about wanting to make a new “Suspiria” with Guadagnino. “It’s fantastically gratifying to be able to talk about it in the past tense.”

Guadagnino told ScreenDaily his “Suspiria” has been 33 years in the making, as he first became a devoted fan of Argento’s original when he saw at 14 years old. “I was understanding in an hour and 35 minutes that everything was possible in cinema,” the director said. “Everything was do-able, and [I realized] that you could really upset somebody in a beautiful way with movies.”

While Guadagnino’s “Suspiria” is more of a reimagining of Argento’s movie than a traditional remake, the two movies share an unmistakable female-driven narrative. Amazon Studios is releasing the horror film in theaters this fall, a year after the #MeToo anti-harassment movement launched into the zeitgeist, but Swinton argues the female-powered story speaks to more than just this era.

“We’ve been planning it for so long and like all films with humans in it, it’s about humans,” Swinton said. “There are 38 women in the film and three men — it’s a good balance in terms of representation and in terms of its thematics, it has a resonance way beyond this present moment.” 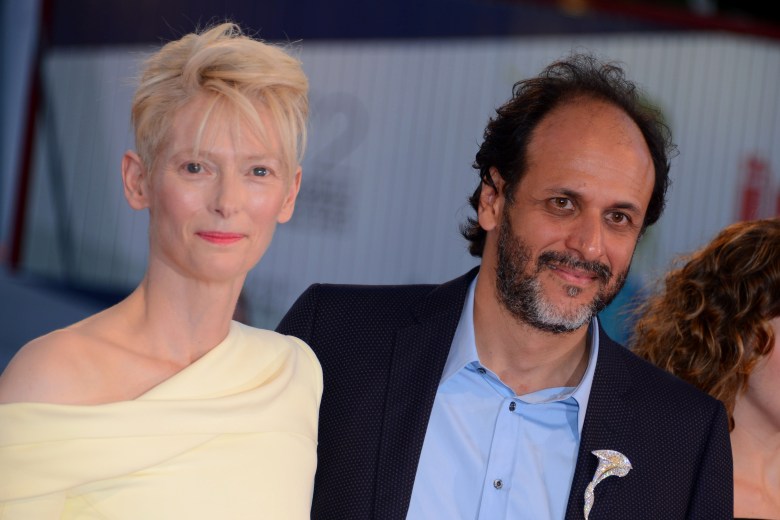 Swinton told ScreenDaily her relationship with Guadagnino is so everlasting that she’s lost count of the amount of films they’ve made together. Since first teaming up on “The Protagonists,” Guadagnino has directed Swinton in “I Am Love,” “A Bigger Splash,” and now “Suspiria.” The horror film also stars Swinton and Guagnino’s “Splash” collaborator Dakota Johnson. The secret to the duo’s nearly two decade working relationship is their deep admiration for one another.

“We’re like a pair of six-year-olds in a sandbox,” Swinton said of her relationship with the director. “We just have such fun dreaming up these adventures for each other. We trust each other.”

“Tilda is a filmmaker, not just an actress,” Guadagnino said, returning the praise to his actress. “She has a great knowledge of the machine of the making of a movie and this is very profound, because it’s like working with my DP, it’s like working with someone who is actually contributing to the movie itself, not just adding her voice as a performer only, but adding her voice as a filmmaker.”

“I’m a little bit prudish about it because we’re so united and we have such a deep bond,” he continued. “It’s almost like talking about something very private, something very intimate.”

Swinton stars in “Suspiria” as Madame Blanc, the dance instructor originally played by Joan Bennett in her final screen role. Swinton’s character is the artistic director of a world-renowned dance company. The arrival of a new member (Johnson) uncovers the dark secrets at the center of the troupe.

Amazon Studios will release “Suspiria” in New York and Los Angeles on October 26 before a nationwide rollout November 2. Head over to ScreenDaily to read more from Swinton and Guadagnino.

This Article is related to: Film and tagged Luca Guadagnino, Suspiria, Tilda Swinton