Dominga Sotomayor Castillo won best director at the Locarno Film Festival for this evocative look at growing up on the margins of society. 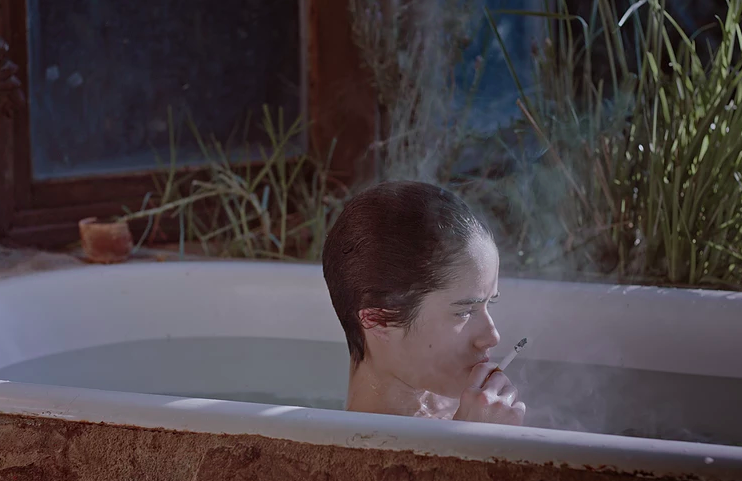 “Too Late to Die Young”

In the opening moments of “Too Late to Die Young,” a Chilean family crams into their car as they head off from their remote settlement to their last day of school. As the car makes its way down the dusty road, they peer back at the path behind them, where the family dog emerges from a cloudy mist. It’s a striking reveal, at once silly and mesmerizing, setting the scene for the kind of poetic flourishes that make director Dominga Sotomayor Castillo’s second feature such a stunning assemblage of small moments.

“Too Late to Die Young” takes place in 1990, as Chile was reassembling its democracy after the fall of General Augusto Pinochet, but those broader sociopolitical developments have little to do with the lives depicted here. For 16-year-old Sofía (Demian Hernández), the bulk of her frustrations revolve around the drab routine she leads in the middle of nowhere. She’s constantly at odds with her father (Andrés Aliaga) for hauling the family off to their rural community, and dreams of moving to the city to live with her mother. Her neighbor Lucas (Antar Machado) has known her for years and remains her closest friend, though passing glances suggest he hopes for something more; when an older man comes through town and catches Sofía’s eyes, Lucas is obviously not pleased.

That’s the heaviest drama peppered into this story, which often rests in the atmosphere of a community that thinks of itself as a utopia. That sensibility sits at odds with Sofía’s own frustrations as the movie charts a fascinating contrast between group ideals and coming-of-age angst. She’s growing up, but her surroundings stay the same.

Time passes at a gradual pace in this self-contained world, and Sotomayor’s filmmaking absorbs that ubiquitous feeling, with languid scenes of neighbors sitting around strumming guitars, smoking pot, and gazing at the vacant landscape. In one intriguing subplot, the dog goes missing, but there’s no grand mystery behind his disappearance. While the premise of the movie bears some similarity to “Captain Fantastic,” where another family’s attempt to escape civilization goes awry, Sotomayor eschews complex plotting for subtler observations, many of which revolve around her striking lead. Hernández, in her feature film debut, looks like a punk rock version of Jean Seberg, with wide eyes that seethe with resentment at every turn.

The slow trickle of circumstances echo the textured narrative techniques of fellow Latin American auteur Lucrecia Martel, whose 2001 debut “La Ciénaga” similarly lingered in the minutiae of relatives adrift in their insular community. But while the Argentine family in Martel’s movie has adapted to the ease of a wealthy existence, the characters in “Too Late to Die Young” exist at the opposite end of the spectrum. As they struggle to adapt to a provincial life, coping with broken water mains and farming troubles, it seems as though their entire world has been designed to minimize the impact of the outside world — which is precisely why Sofía feels so drawn to it. 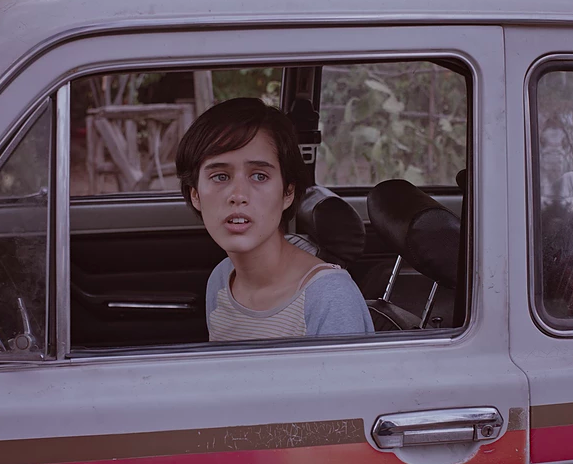 “Too Late to Die Young”

At times, the movie’s glacial approach obfuscates the dilemma facing the ostensible protagonist of this story; Sotomayor excels at cutting across a range of minor circumstances, rather than moving ahead with a linear trajectory. There are open questions about the origins of this settlement, as well as the forces that drew Sofía’s family into it, that prevent the movie’s emotional core from reaching the potential hinted throughout.

However, “Too Late to Die Young”  pushes its rhythmic approach to a satisfying climax in a closing sequences set across a New Year’s party that goes awry as the day breaks. Sotomayor develops a masterful sense of multiple circumstances unfolding at once — the partying, the music, a clandestine makeout session and a neighborhood brawl — before merging them together in a remarkable finale that suggests the end of one major life chapter and the start of something new. Sotomayor, who deservedly won best director at the Locarno Film Festival, seems to be on a similar trajectory with this accomplished third feature. It’s an impressive illustration of a director in command of the medium, but more than that, points to the potential in whatever she does next.

“Too Late to Die Young” premiered in competition at the Locarno Film Festival. It next screens at TIFF and is currently seeking U.S. distribution.

This Article is related to: Film and tagged Locarno, Reviews, Too Late to Die Young