Sources tell Page Six the movie might never be released, despite the fact Allen's contract with Amazon has him signed up for three more movies. 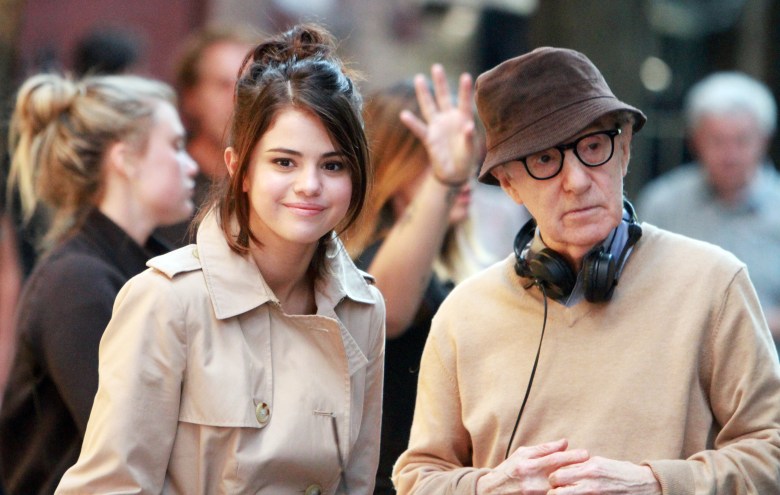 Woody Allen finished production on “A Rainy Day In New York” in October 2017, but now it appears the movie won’t be released in 2018 or maybe ever. Sources tell Page Six exclusively “Rainy Day” has been shelved indefinitely by Amazon Studios, which produced the movie on a reported $25 million budget. The title follows Allen’s previous Amazon efforts “Café Society,” “Crisis in Six Scenes,” and “Wonder Wheel.”

Despite the fact that “Rainy Day” is already shot, Amazon faces a tough challenge releasing a movie directed by Allen in the #MeToo era. The director’s name has been in countless headlines over the last year as his adopted daughter, Dylan Farrow, brought old allegations accusing Allen of child molestation back into the spotlight. Amazon bombed with its December 2017 release of “Wonder Wheel,” starting with the film’s NYFF red carpet premiere being cancelled in the wake of the #MeToo movement.

Chalamet went on the record in January saying he was donating his salary from working on the film to the anti-harassment organizations Time’s Up, RAINN (Rape, Abuse, and Incest National Network), and The LGBT Center in New York. Hall, who also starred as one of the leads in Allen’s “Vicky Cristina Barcelona,” followed and also donated her salary to Time’s Up, in addition to saying that she regretted working with Allen.

Amazon told Page Six “no release date had ever been set” for “Rainy Day,” however a 2019 release was widely expected given Allen’s track record of opening at least one film a year since 1982’s “A Midsummer’s Night Sex Comedy.” Allen has not started a new production since wrapping “Rainy Day” last fall, which means 2018 is expected to be the first year in four decades where he does not make a movie. A film executive speaking on anonymity told Page Six in January that Amazon would either never release “Rainy Day” or dump it on their platform without any publicity or a theatrical release.

IndieWire has reached out to Amazon for further comment.

This Article is related to: Film and tagged A Rainy Day in New York, Amazon, Timotheé Chalamet, Woody Allen