A fraught season finale reinforced the idea that going big has rarely been in this show's best interest. 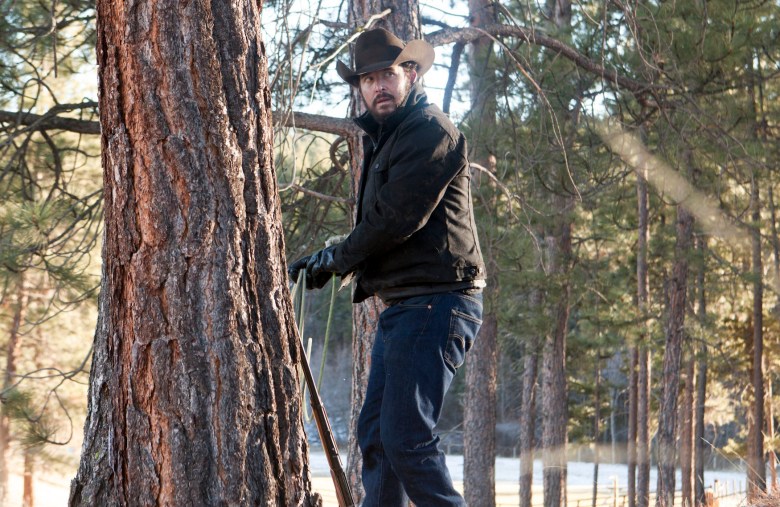 [Note: The following contains spoilers for the “Yellowstone” Season 1 finale, “The Unraveling: Part 2.”]

At the close of the first season of “Yellowstone,” it’s worth noting how much the show is governed by actions we never see. Most notably, the diverting of the river — a massive ecological and financial chess move that fundamentally alters the growing resentment between John Dutton (Kevin Costner), Thomas Rainwater (Gil Birmingham), and Dan Jenkins (Danny Huston) — is largely the provenance of informal high-roller strategy meetings. Aside from being crushed by a horse and having the worst maternal tubside manner, the late Evelyn Dutton’s (Gretchen Mol) psychological ruination of her offspring is wreaking havoc on the family property an entire generation later, with most of her behavior left to the imagination.

How, then, do you maintain audience interest in a show governed by so much personal and institutional history? By offering up weekly doses of mortal peril that would make the first season of “9-1-1” blush. The series that started with a horse getting shot right between the eyes was never going to be one that dwelled on the happier side of human nature. But through animal metaphors and escalating human endangerment, “Yellowstone” Season 1 opted to show a staggering level of violence that may not have been unique in TV as far as volume, but ran an unexpected gamut of different ways to put people in danger.

Episode 7 ended with two people falling off a cliff in the wake of a bear attack. Episode 8 featured a woman being stuck through the stomach by a metal fence post. At the end of the season, Kayce’s wife Monica (Kelsey Asbille) is currently recovering from head trauma received from landing on a slab of concrete the wrong way during a fight at her son’s school.

One by one, each major player in this saga of Dutton hubris is visited by some parade of horrors, perfectly timed to add another wave of trauma to an already-fraught series (that began, by the way, with the brutal death of a family member). All of these individual moments require a certain amount of horrible luck — points to “Yellowstone” for turning “getting bit by a horsefly at the wrong time” into a major late-season plot point. For a show determined to examine the darker side of human tendencies, showing bad behavior wasn’t enough. It also had to be a battle against nature, complete with wolves devouring a dead bear’s carcass for metaphorical good measure.

This is not to say that witnessing horrific acts of violence are antithetical to well-crafted TV storytelling. (Although between this and “The Handmaid’s Tale,” it’s been an interesting year for testing viewers’ emotional fortitude.) What matters when you put your characters in danger is an understanding of consequences and having people to care about in the first place. As horrifying as the car sequence between Jamie (Wes Bentley) and Beth (Kelly Reilly) is, where the former threatened to shoot himself in the head, it’s a prime example of the show putting its characters in harm’s way as a test case rather than a meaningful statement on what’s driving the multi-family dysfunction brewing under the surface. 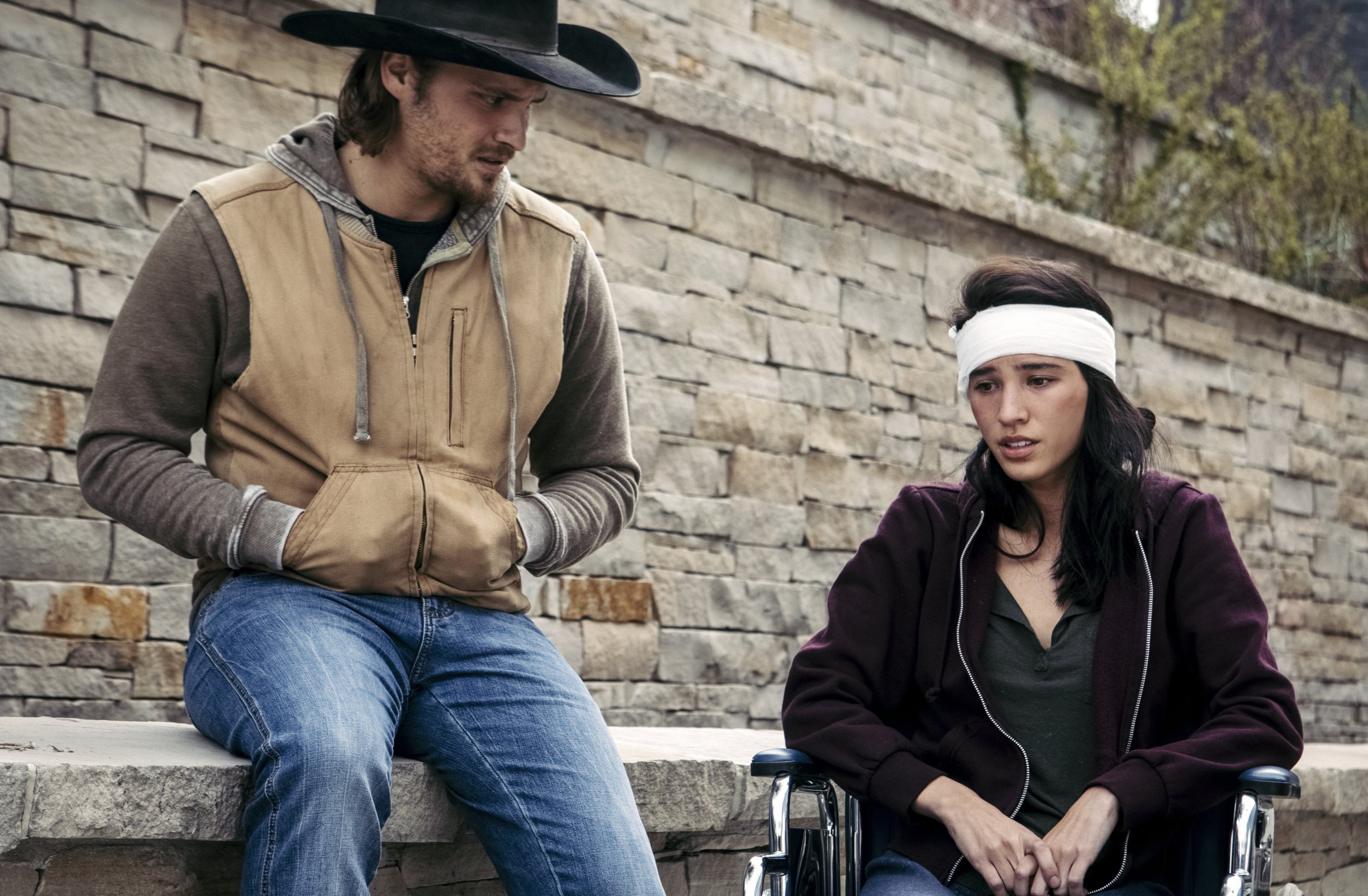 It’s hard to build a growing sense of dread when there’s an inevitability to this kind of thing happening week to week. Rather than intensify the family showdowns and the tensions within the Dutton empire, those weekly dire setpieces only serve to sap the political intrigue of any bite. Much like we see Dutton allies and enemies alike go to the most extreme measures just to feel anything, “Yellowstone” has picked the most unusual ways to mitigate the preachy, verbose backstabbing that keeps sending the show in circles.

The farewell actions of each member of the Dutton family as the season comes to a close, are almost anti-cliffhangers. These are characters so rooted in their own dysfunction in their own psychological hangups that it’s not a question of what will happen when the show comes back, but how that horribleness will manifest itself. Kayce (Luke Grimes) has passed his third or fourth point of no return by leaving Dan to die by hanging. (On set, do you think they called that rope the Danny Nooseton?)

Beth has spent so much of her life defining herself by what she doesn’t want to be that it’s only a matter of time before that sense of opposition is steered in a way that makes a family reconciliation necessary. Jamie might very well testify against his father, but his deep breath before proclaiming “I’m ready” only underlines the fact that he’s always been willing to bend to the plans everyone else has put in front of him.

This need to heighten every interaction and plot development to atmospheric levels is often disappointing because some of the best work on “Yellowstone” has come in smaller doses. The ranchhand card game feels far more lived in than any of the petty real estate squabbles of Big Sky billionaires. The collective groan everyone has when Kayce puts his hat on the top bunk of the bed is a small and much-needed ray of warmth in a show that insists on spending all its time in an industrial-sized freezer.

By season’s end, even Cole Hauser has brought an added layer of understanding to Rip, at least when the character didn’t have to defend himself from mammoth grizzlies and one terrible attempt at police corruption. (So, the officer was just going to…keep the shells in a back in his pocket and hope that no one noticed?) Ryan Bingham, better known as an Oscar-winning songwriter, is doing some of the most restrained work on the show, all without turning that aloofness into another of the show’s giant choices.

But with a season that in many ways mirrors the sprawling backdrop that it’s set against, “Yellowstone” is not a show marked by restraint. Take that parting shot of Season 1, with John trudging across his own property, realizing his tenuous grip on his family is loosening more and more by the day. The final take stays on Costner receding into the distance, but he still doesn’t seem to be going anywhere in particular. The problem with watching someone walk for a long time is that you have to care where they’re going.

This Article is related to: Television and tagged Paramount Network, Taylor Sheridan, Yellowstone