From Harry Potter to "Roma," Alfonso Cuarón has forged one of the most unpredictable and uncompromising careers in all of modern cinema. 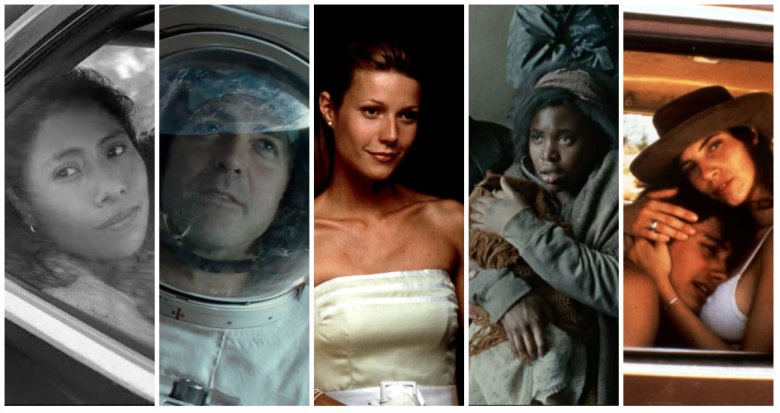 Now touring the festival circuit with the universally adored “Roma” in advance of its December release in theaters and on Netflix, Cuarón has once again reconfirmed his place among the greatest auteurs working today. To celebrate a new addition to this remarkable body of work, we present our complete overview of Cuarón’s movies, ranked from worst to best.

Cuarón refers to it as “a complete failed film,” and admits that he “never understood it.” Cinematographer Emmanuel Lubezki thinks of it as “the least satisfying” of their collaborations. It’s the rare movie that left deep scars on the people behind it despite turning a decent profit, and sent its director back to the drawing board without necessarily tarnishing his reputation in the industry. More than anything, “Great Expectations” is a helpful reminder that even the most radical of adaptations probably shouldn’t try to squeeze an 544-page Charles Dickens novel into an 111-minute story of love and god-awful paintings.

In fairness, this strange curio — unimpeachably one of the most ’90s movies ever made — has proven too evocative a time capsule to go forgotten or unloved, and the film is driven by a degree of ego and ambition that would prove necessary for Cuarón’s subsequent triumphs. It takes real courage to transform one of the English language’s most famous and inflexible works of literature into a modern romance that’s split between the backwaters of the Gulf Coast and the yuppie heights of the Manhattan art scene, but Cuarón had the cojones to give it a shot.

Too dynamic a stylist to receive proper credit for the incredible work he routinely inspires from his casts, Cuarón recognized that Ethan Hawke had the strained desire of a born striver, and that Gwyneth Paltrow already glowed with the kind of alien privilege that can instill a possessive streak in even the poorest of men. Cuarón even got a great performance out of Robert De Niro, who’s perfect as the fairy tale felon who bookends the plot.

“Great Expectations” is helpful for how it foregrounds Cuarón’s dual obsessions with memory and class, especially as the second half of the movie distills all of its hero’s dreams into a ridiculous few days, during which everything is writ large and screamed at the top of Hawke’s lungs. The story is helped by Lubezki’s artful use of green to create a moneyed kingdom for its characters, and an abundance of so last century haircuts and music cues manage to keep things afloat, but the telling is too thin and disjointed for any of the wickedly Dickensian twists to sting as hard as they should. It’s more of a mission statement for its director than it is an example of what he can do. In hindsight, it’s easy to appreciate why Cuarón made this, and even easier to appreciate why he regretted it.

Always a filmmaker who’s been attracted to the apocalypse, Alfonso Cuarón couldn’t even make a screwball sex comedy without invoking the end of the world. Co-written with his brother Carlos, Cuarón’s breathlessly manic debut explodes its sitcom premise into a full-blown crisis about the burgeoning AIDS epidemic, and the terminal despair that it instilled in a generation who saw the virus as a harbinger of the end times. There’s a reason the movie was sometimes called “Love in the Time of Hysteria” before it was finally made its way to the U.S. in 2006 and settled in to its Spanish-language title.

And for many of them, it was. But not for the condom-agnostic Tomás (Daniel Giménez Cacho, who would later read the voiceover in “Y tu mamá también”), a womanizing copywriter in Mexico City who has a girl in each of the apartments on his floor, and gets the newspaper in the nude just to invite some danger into his life. The first half of the movie cheers him on as he sneaks along the window ledge in order to entertain two dates at once — he even falls in love at first sight with the jilted flight attendant he spies through a window as he shimmies between his lovers — and somehow things get even more farcical after a spurned ex falsifies the results of Tomás’ HIV test, convincing the dirtbag Don Juan that he’s going to die.

A sweaty attempt to bridge the gap between low-brow pleasures and high-brow ideas, “Sólo con tu Pareja” bristles with the raw energy of a first-time filmmaker who was born with more talent than he knows what to do with, and blessed with a childhood friend who just happens to be one of the most gifted cinematographers on the planet. Billed by the director’s brother as “a comedy in the time of tragedy,” the film shows that it would take time for Cuarón to discover what his gift — what he can accomplish with long-takes that distill past choices and future anxieties into the present tense — but he could articulate much of his visual language from the start.

The vivid carnality of Emmanuel Lubezki’s camera-work anticipates several of their future collaborations, while the enchanted nature of the film’s deep green interiors hints at the magical worlds the director would create in “A Little Princess” and “The Prisoner of Azkaban.” But it’s “Roma” that resonates most, as Cuarón was already drawn to the airliners that swooped across the sky above him, struggling to find his place in a world that had more to show him than he would ever have time to see for himself.

Burned by the poor commercial reception to “Children of Men,” and frustrated by his subsequent attempts to get a more intimate indie off the ground, Cuarón decided to retaliate by taking on the biggest studio project he could find. Naturally, he wound up in space.

“Gravity” is as much of a theme park ride as it is a movie, and in some respects, it’s vintage Cuarón: Low-key great performances, a flashy story that sits atop a reservoir of loss, stunning technical prowess that’s forced to negotiate with the emotions it heightens and smothers all at once.

Orbiting around a grieving mother (Sandra Bullock) who finds herself stranded in outer space and forced to confront her own dwindling will to survive, “Gravity” is essentially a maximalist film about absence. It shouldn’t work. It almost doesn’t. The extended sequence in which our drifting heroine gets an assist from George Clooney’s ghost almost causes the whole thing to implode under its own frivolousness, and virtually every single line of dialogue reasserts the feeling that — financial considerations notwithstanding — this movie really should have been a silent (in space, everyone can hear you ramble on about “letting go”). But even for all the flailing “Gravity” does in its final hour, those first 30 minutes are an enduring testament to Cuarón’s gift for wrestling genuine awe out of infinite darkness.

The consensus pick for the best of the “Harry Potter” movies, “The Prisoner of Azkaban” is the film that taught a zillion people how to stop worrying and love — or at least tolerate — one of the biggest franchises ever attempted. If Christopher Columbus discovered the series’ iconic cast, it was Cuarón who brought their characters to life on screen for the first time. It was Cuarón who engaged with Harry, Ron, and Hermione as actual kids, and not just as extremely well-compensated cos-players. And it was Cuarón who defined what the stakes would be, how dark things would grow, and how weird they might get on the way there. Case in point: The shrunken Rastafarian head on the Knight Bus, which caps off a sequence that Cuarón shoots like a trial run for the car chase in “Children of Men,” endowing it with a tactile physicality that was absent from the previous two films. Cuarón may have been shamed into making this movie by his buddy Guillermo del Toro, but he certainly made the most of it once he climbed aboard.

This Article is related to: Film and tagged Alfonso Cuarón, ranked, Roma