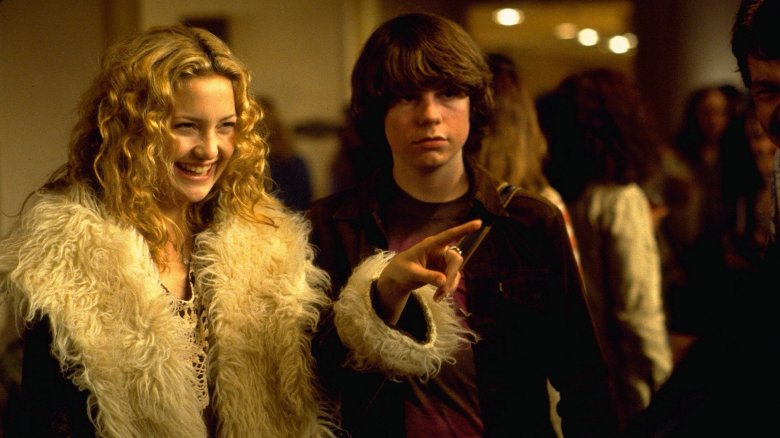 It digs…musicals. Deadline reports that Cameron Crowe’s Oscar-nominated semi-autobiographical 2000 film “Almost Famous” is heading to the stage, care of a brand new stage musical adaptation. Details are currently slim, but the ne project will be produced by Lia Vollack on behalf of Columbia Live Stage, Joey Parnes, Sue Wagner, and John Johnson. Crowe himself will write the book for the musical, with music coming from Pulitzer Prize and Tony Award winner Tom Kitt, with lyrics by Kitt and Crowe. It’s set to be directed by English theatre director and artistic director of Headlong Theatre Jeremy Herrin.

Crowe’s film starred Billy Crudup, Patrick Fugit, Kate Hudson, Frances McDormand, and Philip Seymour Hoffman. Then-teen actor Fugit was cast as the plucky William Miller,  a young journalist who bluffs his way into following around his favorite band on tour and writing about the experience for Rolling Stone. The film was loosely based on Crowe’s own experiences as a starry-eyed young music journalist.

While a number of major musical stars of the era — both real and fictional — dotted the film, it was mostly concerned with the fictional band Stillwater, fronted by Crudup’s mercurial Russell Hammond. The film’s soundtrack reflected its mix of known names and fictionalized breakouts, and includes songs from The Who, David Bowie, Led Zeppelin, and Lynyrd Skynyrd, among others.

Adapting popular films into stage musicals is nothing new, but interest in such projects has been on the uptick as of late, thanks to new projects based on “Pretty Woman,” “Waitress,” “Mean Girls,” and many more.

This Article is related to: Film and tagged Almost Famous, Cameron Crowe, Musical