In a finale likely to be divisive, Sam Shaw and Dustin Thomason craft an ideologically charged ending that’s more thoughtful than terrifying. 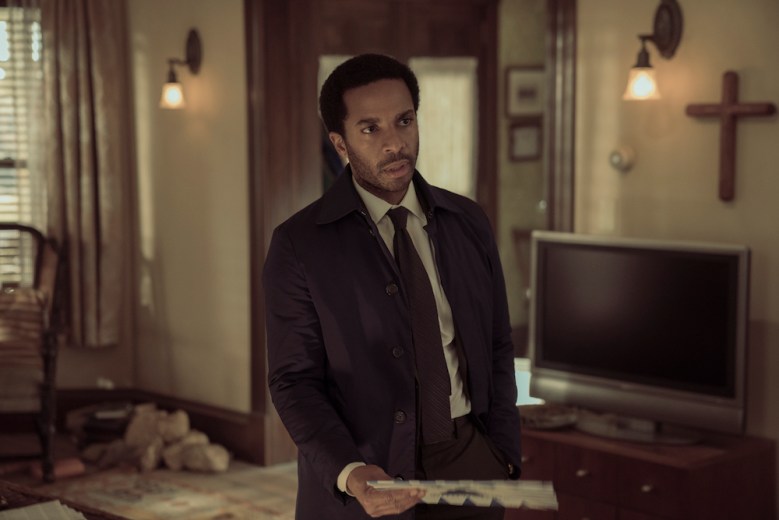 After a wild episode set in an entirely new timeline, “Castle Rock” used the shaky ground established in “Henry Deaver” to provide moral instability in “Romans,” the Season 1 finale. What could have been a bloodbath, with mankind’s last decent man battling the devil incarnate, turned out to be a consideration of faith, certainty, and moral capability.

In a world of extreme actions (like Ruth killing Alan or, you know, the existence of alternate universes), creators Sam Shaw and Dustin Thomason have crafted an ending focused on doubt. One could argue it’s anti-death penalty and even anti-violence, which despite a few narrative hiccups, is quite the unexpected conclusion for a series set in the home of Stephen King’s many evil creations.

As flashed in the catch-up montage, the ending directly connected to the beginning. During our introduction to Henry (Andre Holland), the defense attorney was asking the journey how much doubt they were comfortable with when deciding to take a man’s life. He said he’d have to be “certain,” and that moral conviction bore out; despite watching The Kid (Bill Skarsgard) incite a murderous jailhouse riot, hold him hostage at gunpoint, and even briefly turn into the devil himself, Henry can’t pull the trigger.

Neither, it turns out, could Warden Lacy (Terry O’Quinn). During the episode’s opening, The Kid’s original captor held a gun to his prisoner’s face and willed himself to shoot. Without hearing the command from God — the same voice that told him to throw The Kid into a windowless cell for decades on end — he could not. Now, Henry is in the same position, and he’s willing to put himself in that position for as long as he can take it. “Look how things turned out for him,” The Kid tells Henry, after receiving a surprise Christmas dinner. 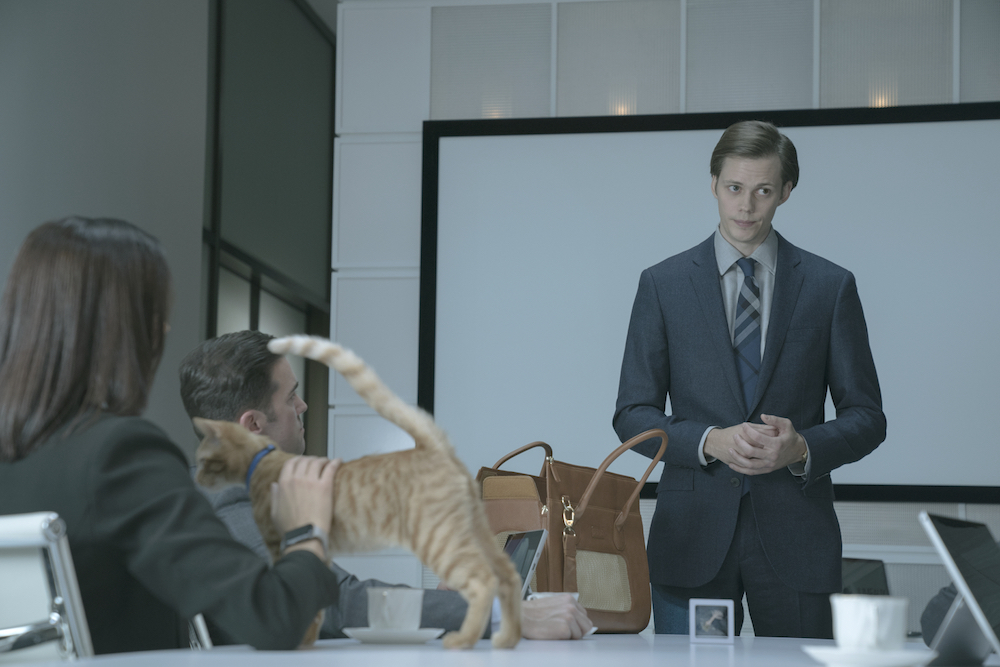 This parallel is telling. Henry’s inability to decisively put an end to The Kid — who may be a version of Henry from another dimension, accidentally trapped here — leads to a foregone conclusion: his own demise. Henry will do all he can to avoid the same fate as Warden Lacy, but the knowledge of where he’s headed begs dozens of relevant questions: Should he kill him to save himself? Should we, as a society, kill anyone to save ourselves? Do we let murderers live, knowing they could escape (or be let free) and kill again? Is it our right to decide who’s evil and who’s a victim of circumstance? How much evidence is needed to justify a death sentence — and is there ever enough?

By forcing Henry to see himself in The Kid, Shaw and Thomason turn the question inward. After identifying with Henry all season, Episode 9 forced viewers to shift our association: Henry was now The Kid, and The Kid was now Henry, in kid form. Viewers have to look at what Henry did and ask themselves, “What would I do?” While “Castle Rock” didn’t find a visceral method to connect the two timelines — it’s still far too easy to side with Henry’s final decision (or imagine him doing something worse), when locking up a young man for life should be far more unsettling — but shaking things up in the final few hours created space for contemplation.

“Castle Rock” Season 1 is rarely predictable. Often, episodes sacrificed serious frights for human drama, perhaps most of all in Episode 7, “The Queen.” For those stuck in The Overlook Hotel (as Diane “Jackie” Torrance hinted may be explored in Season 2 during the mid-credits sequence), that may not feel like Stephen King. But it’s important to remember The King of Horror wrote “The Shawshank Redemption” and “The Green Mile” in addition to “The Shining.” He’s an advocate, often a vocal one, and finding a balance between works on either end of the dramatic extremes is an impressive feat unto itself. “Castle Rock” embodies so much Stephen King, it’s bursting not only with Easter Eggs, but big, brainy thoughts. Let it sit for a minute. Odds are you’ll feel a chill in your spine and a tingle at the top of it.

This Article is related to: Television and tagged Castle Rock, Hulu, TV Reviews