Joe Walker is at the center of two of the best director-editor teams in Hollywood thanks to his work with Denis Villeneuve and Steve McQueen. 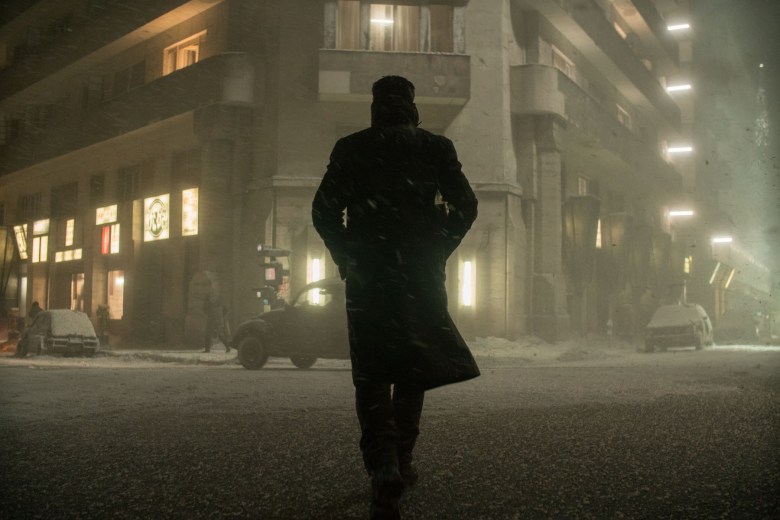 Denis Villeneuve piqued the interest of “Blade Runner 2049” fans when he revealed in December that the first cut of his science-fiction sequel was four hours long. The director admitted his four-hour version was “pretty strong,” but he said the 163-minute theatrical version was an overall better movie and less self-indulgant. For editor Joe Walker, a regular collaborator of Villeneuve’s after “Sicario” and “Arrival,” cutting down that four-hour cut proved challenging. Walker recently spoke to Collider about what he left in and took out, and the reasons why for each.

One thing Walker knew he couldn’t touch in the editing room were some of Roger Deakins’ most stunning shots. Walker explained that in conventional films an editor would leave a shot of a character walking into a room on screen for an average of three to four seconds, but taking that approach on “Blade Runner 2049” was impossible given the beauty of Deakins’ work. One shot Walker couldn’t trim was that of Jared Leto’s introduction.

“On ‘Blade Runner,’ I’ve got a world class shot of this amazing caustic light effect following Sylvia Hoeks, who’s amazing to look at, climbing up the steps,” Walker said. “The first person you see in the office is a man in the shadows, a blind man, with artificial sunlight crawling into a huge water set. So, I mean, to make that three to five seconds long is killing a major world class shot.”

Walker wouldn’t dare touch Deakins’ imagery, which is part of the reason the film got released with a still hefty 163 minute runtime (something original “Blade Runner” director Ridley Scott criticized). So what exactly was left on the cutting room floor? Walker said that “experimental things” like scene length were reduced in post-production. Several scenes depicting K (Ryan Gosling) undergoing a baseline test went on for much longer in the four-cut than in the theatrical release.

“In my first assembly I put a lot of [the baseline tests] in because it was really good,” Walker said. “We all knew we would pepper it with a tiny like fraction of it since you probably could have gone out and brewed a cup of tea while that was playing. It was a long first assembly.” 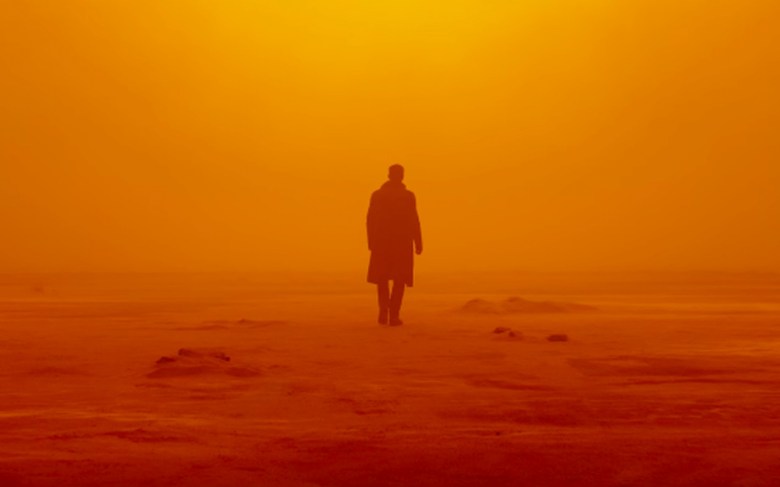 Walker is not sure whether or not Warner Bros. was interested in releasing a two-part film, but he confirmed the first assembly cut was so long that they naturally split it into two halves just to make editing the movie more manageable. Villeneuve and Walker decided to split the film just after K has sex with Mariette (Mackenzie Davis).

“The beginning of part two was her waking up in bed,” Walker said. “It struck us that it drew attention to the fact that [this is a film] unusually in two halves. It starts with an eye opening and the second half starts with an eye opening; it’s a very different K in the first half where he’s coming to terms with his past and him being a real boy in the second half. That was just the way we viewed it.”

Next for Villeneuve in his two-part “Dune” adaptation, which Walker won’t confirm or deny he’s working on. Considering Walker has been Villeneuve’s go-to editor since “Sicario,” all signs point to him editing “Dune,” set to star Timothee Chalamet and Rebecca Ferguson. For now, Walker is taking the anti-approach to the source material.

“I’ve kept away from Dune discussions. I want to be fresh. It’s good for me to come in from the outside a little bit and read the script when they’re ready for it and when it comes my way, and that’s not a certainty. I don’t want to overload it to much with the older film and reading the book. I Just want to see see what his vision is.”

Walker’s next release is “Widows,” his fourth collaboration with Steve McQueen. The movie opens November 16 from 20th Century Fox.