"Manifest" aside, numbers keep trending downward and critical response is tepid. But some networks find silver linings in other metrics. 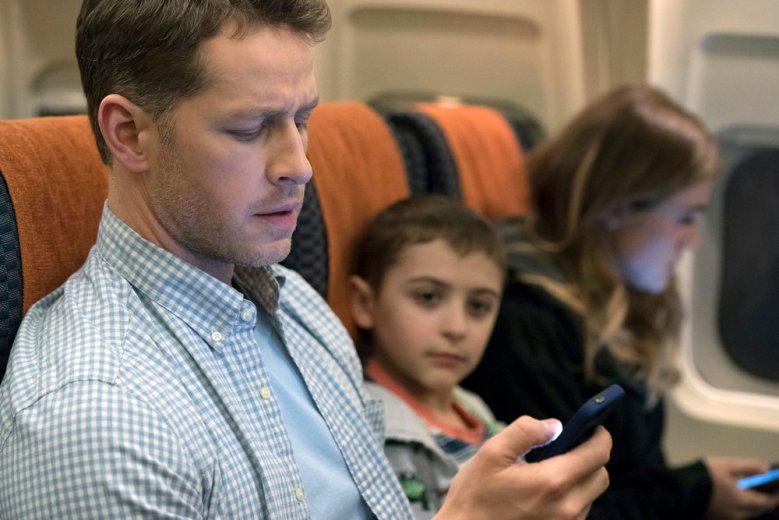 The sky is falling for network TV. Then again, the sky has been falling for decades — and yet, the broadcast networks are still here, despite all the gloom-and-doom prognosticators. But the first night of the new fall TV season was met mostly by a yawn from viewers, and will feed another cycle of the-networks-are-dying narratives.

But on the positive front, the four major networks’ total viewer averages combined to 32.3 million on Monday night, up from 31.2 million on the first night of premiere week a year ago. And NBC launched new drama “Manifest” to a solid — hell, for 2018, a tremendous — 2.2 rating and 10.4 million viewers, making it the network’s most-watched drama series premiere in three years. And as has been pointed out, the night’s lowest-rated program, CBS’ “Bull,” still rated higher in the adults 18-49 demo than anything on cable that night (save, of course, ESPN’s Monday Night Football, which trumped all).

Most of the networks’ year-to-year viewership gains on Monday came from Fox’s decision to air the return of two scripted series on night one, “The Resident” and “9-1-1,” instead of last year’s much lower-rated “So You Think You Can Dance” finale. That boosted Fox’s viewership by nearly 4 million viewers vs. the same night last year.

Otherwise, Monday was a story of declines. (Well, except for the networks’ median age — that keeps rising, to over 60 years old). Returning hits like “The Big Bang Theory” (down 39 percent), “The Good Doctor” (down 41 percent), “Young Sheldon” (down 55 percent), “Dancing with the Stars” (down 29 percent), “The Voice” (down 23 percent) and “Bull” (down 31 percent) all slid double-digits vs. last year’s premieres.

Cause for concern? Yes. The steady reality of a business that is already changing its business model? Also, yes.

“I started in 1980 and this business is constantly evolving,” said former NBC and Fox scheduling executive Preston Beckman. “At any moment it seems like this is the end, this is the tipping point. But it never seems to happen… You look at the numbers for a lot of these shows, and they’re still bigger than the overwhelming majority of shows on basic or cable. They’re down, but they’re still the biggest shows.”

Nonetheless, the networks are finding it ever tougher to keep the old habit going of watching programming in a traditional fashion. “It’s really hard to stand out now,” said a network executive who lamented the fact that they’re facing nonstop competition from cable and streaming. Netflix, for example, launched the heavily hyped Emma Stone/Jonah Hill series “Maniac” the weekend before premiere week.

“The networks used to own premiere week or the first few weeks,” Beckman said. “Now seeing more shows on cable premiering around the same time. The other guys are putting on stuff closer to what used to be the networks’ turf. It’s more cluttered than it used to be.”

It also didn’t help that the general consensus from critics and early season buzz was that there wasn’t much to get excited about this year.

As a result, several insiders have told IndieWire that awareness of new shows was steady (thanks in part to familiar titles like “Murphy Brown”) but “intent to view” levels — the measurement that asks viewers whether they plan to actually watch a show — were at historic lows. People just aren’t going out of their way to search out broadcast shows.

That perhaps was borne out on Monday, when “Magnum PI” opened to disappointing numbers. Networks have been relying on familiar titles to cut through the clutter, but the “Magnum” premiere may signal another troubling sign for broadcast.

As fall progresses and ratings slip even lower, networks will have to continue to de-emphasize the importance of ratings and focus on the changing business model that sees more revenue from retransmission fees, international rights, and backend dollars from streaming rights.

Case in point: The CW has long credited its licensing deal with Netflix for the network’s resilience. The deal has been in place since 2011, and under the terms of a revised 2016 pact, Netflix now holds streaming rights to The CW programs eight days after a show’s season finale. That’s also how it justified renewing shows that underperform in initial, live + same-day ratings, like “Jane the Virgin” and “Crazy Ex-Girlfriend.”

“We view the world from a linear, delayed view, streaming point of view. So when we look at what happens over a seven-day period, we are very pleased with the performance of both ‘Jane’ and ‘Crazy Ex,'” said The CW president Mark Pedowitz at the TCAs this summer. “You don’t see it because we do not release our digital numbers, like everybody else doesn’t release digital numbers. But we know what’s going on. We know the affection and the affinity that both those shows have.”

In another example, NBC’s “The Good Place” has never been a tremendous ratings performer for the Peacock network. But insiders say the sitcom has become one of the most-watched off-network series on Netflix — rivaling another NBCUniversal-owned series from Mike Schur, “The Office.”

“Every network has ways now to monetize these shows through studios, through multiple platforms which they run this stuff,” Beckman said. “It’s always evolving.”

This Article is related to: Television and tagged Fall TV Preview, Manifest, Ratings