Flag-planting quibbles aside, Damien Chazelle’s dedication to recreating key elements of the moon landing is on full display. 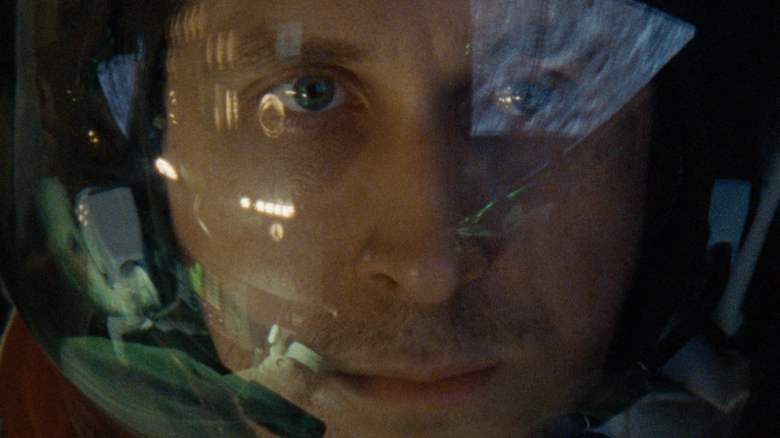 Damien Chazelle’s Neil Armstrong biopic “First Man” recently attracted criticism for not recreating the astronaut’s planting of the American flag on the moon — yes, the flag is very much present in the film and yes, the reason why the planting isn’t directly shown makes sense in context  — but the director and his star Ryan Gosling did precisely replicate one other element of that first moonwalk.

When Armstrong landed on the moon on July 20, 1969, he infamously fired off a one-liner for the ages: “That’s one small step for man, one giant leap for mankind.” Not only is the line included in the film, but Gosling’s version of it sounds so close to Armstrong that moviegoers are already wondering if Chazelle used the original recording. Chalk it up to movie magic, and a desire to honor history while also crafting some innovative filmmaking.

On Sunday afternoon, “First Man” celebrated its first IMAX premiere at Toronto’s own Cinesphere IMAX theater — notably, the first IMAX theater ever created — as part of a one-time-only Toronto International Film Festival event. After the screening, Chazelle and a number of his crew were on hand to answer questions about the making of the film, including that moon landing.

Supervising sound editor Mildred Iatrou was mostly occupied with recording conversations between characters, but the moon landing offered her a fresh challenge.

“When they’re on the moon, they’re saying the lines that we’re all very familiar with. We wanted to reference the originals, but have the actors be performing those lines,” Iatrou said. “Just a little while ago, I was talking to somebody who had just seen the film, and he said, ‘oh, so you used the original recordings on the moon?’ and I was like, ‘No, we didn’t!’ I was so happy to hear that.”

While Gosling approximates Armstrong’s accent throughout the film, during moon landing sequences his voice was manipulated in post-production to make it sound precisely like Armstrong. The difference is almost impossible to hear.

“The actors, when they were performing the lines, referenced and listened to the original lines, and then we took them tweaked them a little more, manipulated them, added futzes to make it sound like the actual lines,” Iatrou said.

It’s just one element of the film’s show-stopping moon landing scene, which also includes some other bits of technological wizardry to ensure it lands with maximum impact. As cinematographer Linus Sandgren also noted at the post-screening Q&A, when “First Man” shows Armstrong and Buzz Aldrin (Corey Stoll) landing on the moon, the first shot of the astronauts opening the lunar module’s doors, the film suddenly “opens up to IMAX.”

The film’s other supervising sound editor, Ai-Ling Lee, also used the Q&A to describe her work on that seminal scene.

“Once Neil and Buzz and, we kind of build up the sound, while inside the lunar module and [they’re trying to] open the door, because of the pressure difference,” she said. “And once it opens up, the sound just escalates and builds up into this overwhelming sudden loudness, and then it suddenly cuts off into silence.”

She added, “A lot of it is just to surprise and overwhelm the audience, to take in the image of the moon and also, I think Damien wanted to sell the idea of deep space to have this chilling effect, but calm. I think the contrast into the sound helps a lot.”

“First Man” screened at the Toronto International Film Festival. Universal Pictures will release it on October 12.

This Article is related to: Film and tagged First Man, TIFF