"Freaks” is red meat for “Westworld” superfans, Reddit sleuths, and anyone else who see genre entertainment as a puzzle for them to solve. 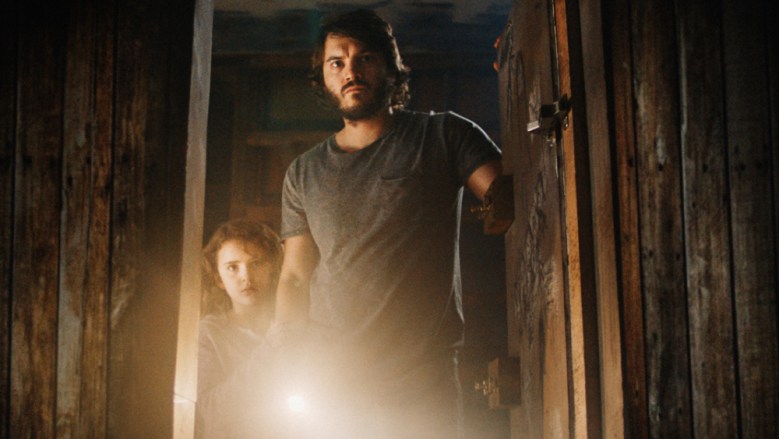 A chintzy yet well-intentioned slab of socially conscious science-fiction, Zach Lipovsky and Adam B. Stein’s “Freaks” is a familiar tale of super-powered outcasts who are forced to hide their gifts from the rest of humanity, but the appeal of this derivative slop is all in the telling. The fun here — and there is some decent fun to be had — has nothing to do with the story, and everything to do with how patiently the filmmakers let us in on its secrets. In other words, “Freaks” is undercooked red meat for  “Westworld” superfans, Reddit sleuths, and anyone else who tends to engage with genre entertainment as though it were a puzzle for them to solve.

For others, however, this low-budget “X-Men” clone may feel more like an exasperating 104-minute audition for whatever franchise superhero fare its makers are clearly hoping to be hired for next.

Nested inside a mess of broad metaphors that aren’t worth the time it takes to untangle them, “Freaks” — at heart — is a coming-of-age saga that hinges on an intriguing conceit. The film begins inside of a dilapidated house; we don’t know where, and we don’t know when. The windows are boarded shut, there are maybe a dozen locks on the front door, and the rooms inside are swamped with the kind of acrid, yellow air that infers some kind of nuclear apocalypse.

This musty wooden coffin is home to seven-year-old Chloe (a sweet but steely-eyed Lexy Kolker) and her nameless Dad (a bearded and hyper-focused Emile Hirsch, indistinguishable from a younger Jack Black). Every oblique word that’s shared between them is meant to intrigue us about the mystery of the world outside that bolted door. “Is she really gonna love me?” Chloe asks. “That’s why we’re paying her,” Dad responds. And then he starts quizzing his daughter about the details of a fake identity they’ve invented for her, insisting that even the tiniest misstep or hesitation could result in her violent death. “You need to lie to be normal,” he says. “I can’t wait to be normal,” she replies. And then the little girl runs upstairs to hug a pillow that she’s labeled “mom.”

The hook is that we never really know anything more than Chloe does. She’s as confused as we are by the terrified woman who sometimes appears in the attic (Amanda Crew), and she’s as frustrated as we are by Dad’s adamant refusal to let her go outside and grab a few scoops from the ice cream truck that’s often heard jangling down the streak; the planet, it would seem, is still at least somewhat inhabitable. This is not the world we know — reports on the television news about drone strikes in Seattle and the obliteration of Dallas help to make sure of that. So Chloe’s dawning awareness dovetails with our own, allowing us to identify with her far more directly than we typically can in stories about young children discovering the beautiful and terrible things about life on Earth. 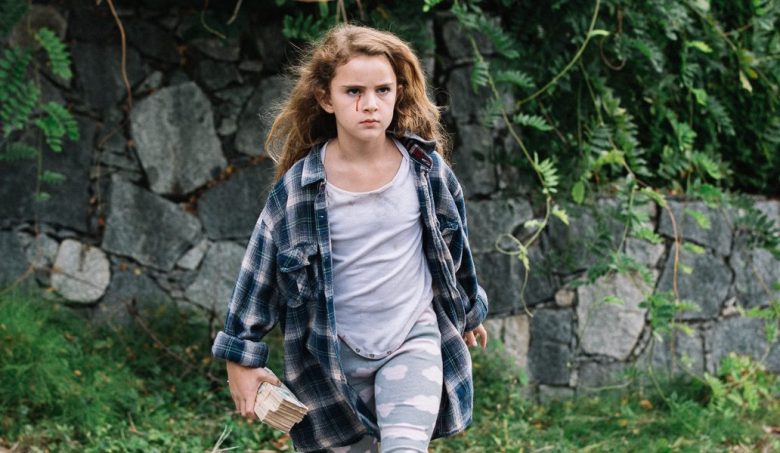 When Chloe inevitably slips outside and introduces herself to Mr. Snowcone (a frightening and overeager Bruce Dern), we’re as wide-eyed about what’s going to happen next as she is. We don’t know why her dad bleeds from his eyes, or why he keeps pictures of their pretty next door neighbor pinned to a bulletin board, or why Mr. Snowcone is so determined to get Chloe into the back of his truck. The answers to all of these questions are spelled out in due time, as Lipovsky and Stein bend over backwards to build a coherent mythology from the inside out. It would be pointless to reveal any more of the film’s secrets, but it’s safe to assume that Chloe and her dad aren’t normal in the slightest, and even safer to guess that the things that make them different are the things that make them special.

Kooky as hell but utterly humorless, “Freaks” struggles to transition into more recognizable comic book territory (brace for a garish array of dutch angles, and special effects so weak it would’ve been better to leave them to our imagination). The menacing tone that’s established in the first act and sustained through the third is an awkward fit with the film’s increasingly colorful aesthetic, and there’s a nagging dissonance between how young the story skews, and how violently cartoonish it gets.

That dissonance only grows louder as Lipovsky and Stein deepen Chloe’s stakes and widen her world; the more “Freaks” evolves into a simple analogy about the evils of prejudice and the abusive power structures that sustain them, the more it does to guarantee an R rating from the MPAA.

Sometimes, the whole thing seems geared towards precocious tweens — at others, it seems optimized for rowdy genre audiences, who are ready to hang on every clue and cheer along with the explosive girl power that’s detonated in the mega-ambitious denouement. Or maybe, since this is 2018, Lipovsky and Stein are just casting a wide net for their movie’s eventual VOD release.

Regardless of who comes to form the core of its fanbase, “Freaks” will only be loved by those who can forgive its many flaws. Kolker is a talented young actress who’s already built an impressive resumé thanks to recurring TV roles on shows like “Shooter” and “Agents of S.H.I.E.L.D.,” but her performance here is over-directed, and absent the wiggle room that kids need to feel like they’re telling the truth. Hirsch, likely channeling his own recent experience as a father, is believably devoted to his daughter’s safety from start to finish. But the story’s overcomplicated second act makes it difficult to appreciate how much Dad loves his little girl, or the severity of the sacrifices he’s prepared to make for her (and his character’s relationship with Mr. Snowcone is a whole other mess, even if Dern is so committed to the silliness of it all that you can’t help but smile).

But the fatal flaw of “Freaks” is that Lipovsky and Stein’s tantalizing approach gives way to mundane results, as the questions raised by their screenplay are considerably more interesting than any of the answers that follow. The movie becomes less interesting with every scrap of information we learn, until the swing-for-the-fences finale amounts to little more than a fun display of Photoshop-level special effects. If the past is any indication, “Freaks” might be enough to land Lipovsky and Stein a mega-budget superhero movie on its ambition and moxie, alone. And if that doesn’t work out, well, it’s a good thing they leave the door wide open for a franchise of their own.

“Freaks” premiered at the 2018 Toronto International Film Festival. WellGo USA will release it in theaters in 2019.

This Article is related to: Film and tagged Emile Hirsch, freaks, Reviews, TIFF