Not too many Hizdahr zo Loraqs or Walders, though. 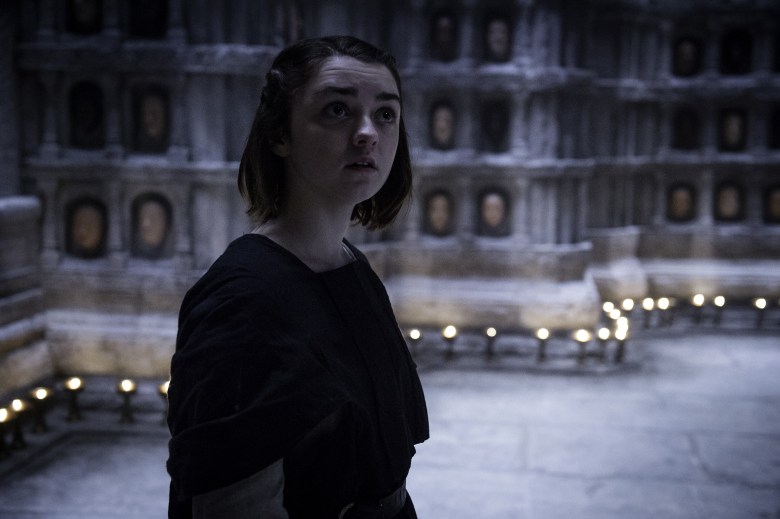 A girl has a name, and so do at least 343 others. That’s how many newborn girls were named Arya in England last year, according to a BBC report that also tracks the rise in babies named Khaleesi (73) and Tyrion (11), among other kiddos named after famous “Game of Thrones” characters. Maisie Williams’ fan favorite proved to be the most popular by far, perhaps because young Arya Stark is universally beloved and her name is easier to spell than Daenarys.

The study also notes that 2017 was the biggest year on record for girls named Sansa, though an exact figure isn’t given. In addition to “Thrones,” “Moana” and “Star Wars” exerted their influence as well: Seven little girls were named after the Disney princess, 149 were named Leia (Carrie Fisher, who played the “Star Wars” heroine, died just a few days before 2016 gave way to 2017), and 21 were named Rey; Kylo was big among boys, with 70 carrying the moniker of the latest “Star Wars” villain.

“Game of Thrones” was also first among Emmy voters this year, winning Outstanding Drama Series once again. Its eighth and final season is set to air on HBO next year, though a premiere date has yet to be announced.

This Article is related to: Television and tagged Game of Thrones, Maisie Williams