And no, it’s not because Kit Harington got married. 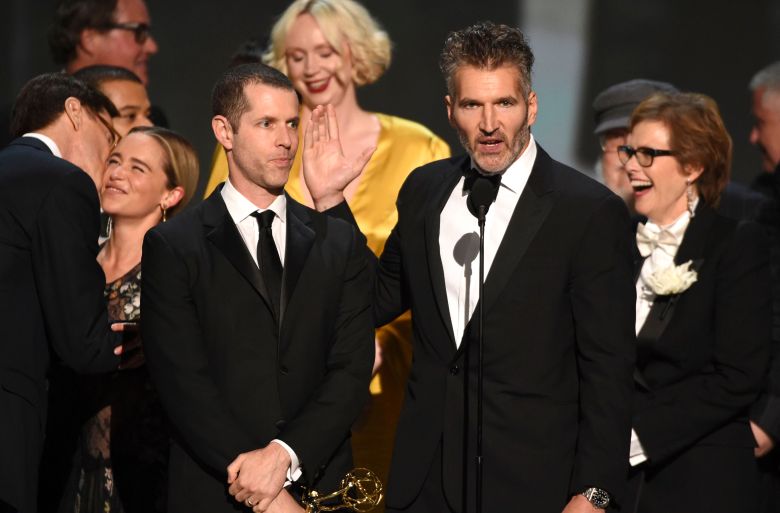 D.B. Weiss, Gwendoline Christie, and David Benioff at the Emmys

While the Iron Throne is still in contention, “Game of Thrones” reestablished its reign at the Emmys on Monday night despite a year off. The series took home the award for Outstanding Drama Series and Supporting Actor for Peter Dinklage on Monday night, capitalizing on Creative Arts Emmy wins for costuming, production design, prosthetic makeup, music composition, sound mixing, special effects, and stunt coordination.

“Game of Thrones” has only one season left to wrap up its epic story though, and backstage co-creator David Benioff explained why it’s been taking so long to come back.

“The final season is taking a long time because it’s the biggest thing we’ve ever done. Even though it’s six episodes, it took us how many more shooting days – it was nearly a full year in Belfast prepping and then actually shooting it.

“I think it’s quite extraordinary what the crew and actors have created. I think when people actually see it, they’re going to understand why it took so long. No one’s taking a vacation, no one’s slacking off. It’s that last season is far beyond what we’ve ever attempted before, and it’s taking a really fucking long time. And I hope it will be worth it.” 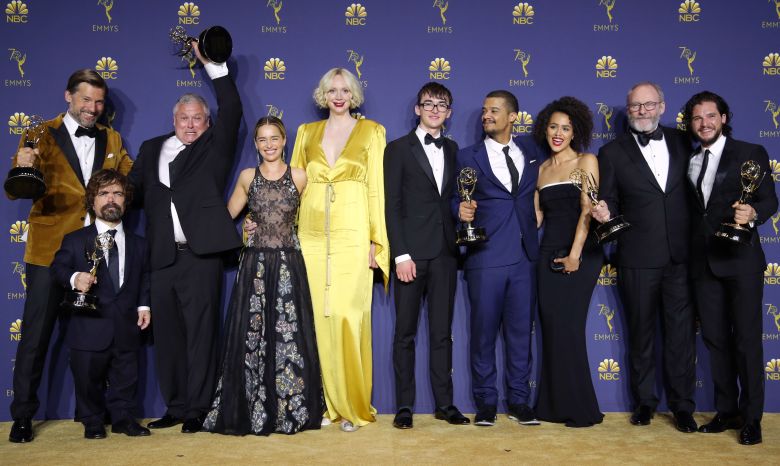 And before fans mourn leaving the land of long winters and horrifying deaths, author George R.R. Martin reminded them, “They’re wrapping up the show, but we do have five prequels in various stages of development. We’re not done with Westeros yet.”

The series’ eighth and final season is slated to return in 2019.

This Article is related to: Television and tagged David Benioff, Game of Thrones, HBO