Rungano Nyoni's first feature has found international acclaim and may open the door for more filmmakers in the country. 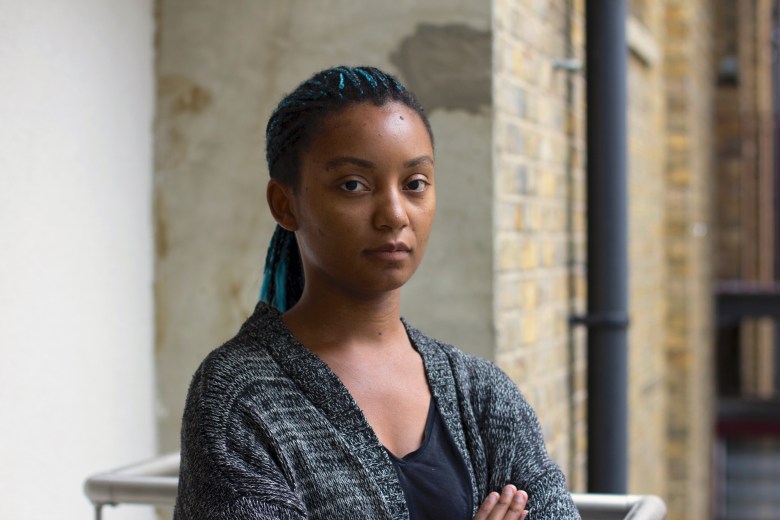 Zambian-Welsh director Rungano Nyoni’s provocative satire “I Am Not a Witch” drew much praise when it premiered at the 2017 Cannes Festival, but as it continued to screen around the world, it left many audiences confounded. The events of the movie revolve around a young girl sentenced to life imprisonment at a state-run witch camp, and Nyoni envisioned it as a dark comedy that tackled the country’s history of misogyny.

“My film’s sort of a joke about my culture, that I thought we could all laugh along together to, until I realized that this understanding wasn’t quite universal,” she said in a recent interview. “At screenings, mostly across Europe and North America, it occurred to me that audiences weren’t really in on the joke.” Some audiences would apologize for laughing at certain parts, “maybe feeling like they were punching down by laughing at Africans in a certain predicament,” she said. “It’s like I had to give them permission to laugh.”

In “Witch,” when eight-year-old Shula (Maggie Mulubwa) turns up alone and unannounced in a rural Zambian village, the locals are suspicious. A minor incident escalates to a full-blown witch trial, where she’s found guilty and sent off to the aforementioned camp, where she’s tethered to a long white ribbon and told that she’ll be transformed into a goat if she tries to escape. As the days pass, Shula begins to settle into her new community, until she’s forced to make a difficult decision – whether to resign herself to life on the witch camp, or attempt freedom.

“One of the films I wanted my crew to watch before we started production was ‘Dr. Strangelove,’” Nyoni said. “Kubrick put a disclaimer at the opening of that film to warn audiences that what they were about to watch wasn’t real. I thought about putting a disclaimer at the beginning of my film, but I changed my mind. What I want audiences to understand is that the film is an exaggeration of real life.” She had a couple of very specific targets in mind. “I’m challenging the ignorance that gives life to absurdities that target people based on class or gender,” she said. “Those most often accused of witchcraft tend to be older women. And, as I see it, there’s no point in being afraid to talk about this openly, nor do I see any reason not to mock this horrible, silly, exploitative practice.”

The filmmaker chose not to mention Zambia in the film, in order to broaden the message. Nyoni said she wanted audiences to wrestle with their own interpretations of the movie rather than making its ideas too obvious. In essence, she made a film that she would like to watch, and hopefully others will appreciate, but she’s not too worried about whether they will. Unsurprisingly, she lists Greek filmmaker Yorgos Lanthimos as her favorite working director, citing his refusal to ease viewers into his worlds. “I love his use of absurdity, and how he makes films that we really haven’t quite seen before,” Nyoni said.

Born in Zambia and raised in Wales, Nyoni graduated from Central Saint Martins – University of the Arts London with an MA in Acting, but taught herself how to make movies. In her teens, Nyoni’s curiosity in film as a form of self-expression piqued, as she begun to be exposed to the works of mostly European filmmakers, like Thomas Vinterberg’s “The Celebration” (1998) — one of her favorite films of all time — and Michael Haneke’s earlier works. “I’m a huge fan of Haneke’s, especially when he writes about the white bourgeoisie,” Nyoni said. “I’m fascinated by how he can make me feel something for people that I have nothing in common with.”

She would go one to develop and refine her confident style by directing a number of shorts, which have screened at over 400 international film festivals, including Cannes and Toronto. In 2013, she participated in the Cannes Cinéfondation Residence program for young foreign directors developing their first or second feature films, began to develop “Witch” while she was there.

Shot over six weeks in the fall of 2016 around Zambia’s capital Lusaka, the movie featured a cast of non-professional actors from across the country, led by nine-year-old Mulubwa. The rough cut came to the attention of Cannes Directors’ Fortnight artistic director Edouard Waintrop towards the end of the selection process. Few Zambian films had played at the festival before, and news led to less than the country’s president, Edgar Lungu, to issue a national congratulatory communiqué to the film and filmmaker. It was a first for a country with a limited film history. Now, thanks in part to the attention for “Witch,” updated film industry policies that had yet to come to fruition are now making progress. 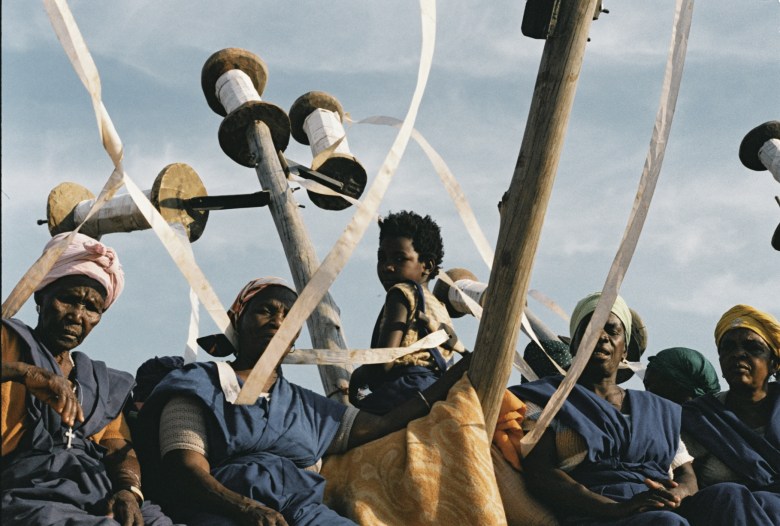 Experts on the country’s history agree, including Henry B.J. Phiri, a Zambian actor who plays a key supporting role in the film, and is also a Zambian historian. “Our film industry dates back to the early ’70s,” he said, in an email interview. “The British introduced cinema in its former colonies, and there was some post-colonial progress made. However, due to a lack of an official film mandate, as well as infrastructure, the local industry soon collapsed, and gave way to Western movies.”

At that point, Nigeria overtook the market for African cinema. Later, the National Association of Media Arts made some efforts to develop a national film policy in Zambia, but failed to make much progress. “Thanks in part to the exposure and accolades of ‘I Am Not a Witch’ — by far the biggest film made in Zambia by a Zambian-born director, in terms of its budget and success — the government has now decided to take action on long awaited film initiatives,” Phiri said.

Nyoni is certainly appreciative of the movie’s impact, although she’s hesitant to characterize her film as a savior of Zambian cinema. “Films were made long before ‘Witch’ in Zambia, and will be made long after — with or without support from government or anyone else,” she said. “I’m very uncomfortable about proclaiming that what is essentially a British-produced film accomplished something in Zambia that was already in the works and would have happened anyway, whether the film was a success or not.”

As for what’s next for the filmmaker:  She’s keen on directing for television, and said he was especially interested in Amazon’s reboot of  “The Twilight Zone,” which Jordan Peele is developing for the studio.

“All the filmmakers I love are those who have had control over their work,” Nyoni said. “I want to be able to mostly dictate what happens with every project as much as I can, from the ground up. I also want to be able to express myself in different genres. But I’d like to be able to just say, ‘This is how it’s going to be done,’ and it’s done.”

“I Am Not a Witch” is now playing limited theatrical release.

This Article is related to: Film and tagged I Am Not a Witch, Rungano Nyoni