"Oh, poor top-paid executive can't get his job back.' Go work at Starbucks until you've learned." The actress and activist spoke her mind at a luncheon celebrating HBO documentary "Jane Fonda in Five Acts." 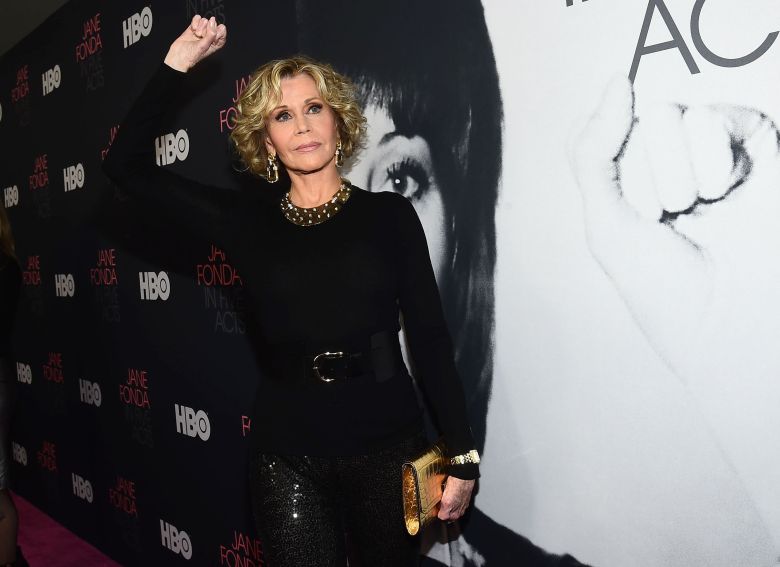 Eighty years young, Jane Fonda still has plenty to say. In Susan Lacy’s new documentary, “Jane Fonda in Five Acts,” the actress and activist unpacks her biography — as promised, five chapters chronicle periods of her personal and professional existence — and emerges with a full portrait of a life spent in the spotlight, and not without significant controversy.

At a luncheon held in the film’s honor September 20 at Manhattan’s The Pool restaurant, Fonda and Lacy participated in a 40-minute chat moderated by Tribeca Enterprises’ executive vice president Paula Weinstein (a close friend of Fonda’s, who also appears in the film) about making such a personal documentary.

For Fonda, both the film and the Q&A provided a chance to show off her trademark candor, and she didn’t hold back when asked about the current state of the #MeToo and Time’s Up movements, both of which she’s been a vocal supporter. While Fonda isn’t opposed to alleged perpetrators returning to the world, she’s doesn’t recommend letting people easily off the hook.

“Guys are trying to make a comeback, but it’s clear they haven’t done the work,” Fonda said. “There’s work that can be done and you know when a guy has done the work.”

When asked by an audience member about those who have been accused of sexual harassment and abuse reentering the professional world and if there’s a reasonable timeframe for them to “try to come back into the workforce,” Fonda was resolute.

“It doesn’t matter how much time,” she said. “It depends on what the guy is doing in his DNA. … There are tools to help men become empathetic. The big problem is that the social paradigm that we live within, called patriarchy, empathy is anathema to that. Men are trained not to be empathetic, not to be emotional, so it’s not easy what they’re trying to, but they have to try to do it.”

And for those not willing to do the work, Fonda has little sympathy.

“It doesn’t matter if it’s two weeks or a year or two years, it depends on what kind of changes they’ve gone through,” she said. “And if they haven’t gone through the changes, then why should they come back? Why not be doing the same things that the guys who’ve lost their union jobs in Pennsylvania do? Work at Starbucks, fuck it! ‘Oh, poor top-paid executive can’t get his job back,’ fuck it! Go work at Starbucks until you’ve learned. If you can’t learn, you don’t belong in the boardroom, there’s plenty of women who do belong in the boardroom.”

Yet Fonda remains optimistic about forward motion, confessing that the changes being brought to the culture through the lens of #MeToo and Time’s Up are ones she didn’t expect to see in her lifetime. “I never thought that what’s happening, I would live to see this happen,” she said.