In a joint interview with her director, the Oscar-winning actress also told IndieWire she loved getting to smoke on screen. 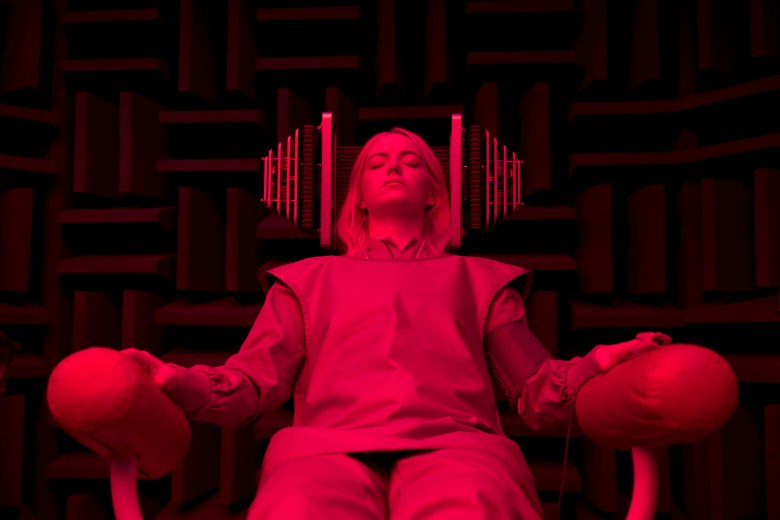 When Emma Stone and Cary Fukunaga first spoke about “Maniac,” there was no script by Patrick Somerville, no Jonah Hill — just the actor and director, discussing how they wanted to stand apart from the original Norwegian show.

“I do remember one of the first things, you saying, having watched the trailer for the Norwegian show, is ‘I don’t wanna be the therapist to some guy,'” Fukunaga said to Stone, during a conversation with IndieWire. “I remember the first conversation when we ever met, years ago at the hotel, we talked about the magical pixie dream girl — I had never even heard of that character before, and I knew we were not gonna make [Annie] be that person at all. Her story would be her own story, and she wouldn’t be the foil for the male character of the story.”

That first meeting sent them down the path to a new Netflix series about Owen (Hill) and Annie (Stone), two damaged people who meet as part of an extreme and surreal drug trial that promises to solve all their problems in just three days. Sure, over the course of “Maniac,” Annie is often seen filling the role of a partner to Owen, but even if their relationship has a romantic component in the show’s non-reality sequences, it never crosses over to the real world.

As Stone put it, the show, and Annie herself, “isn’t focused on that. She’s getting over trauma in her life and she’s self-focused and makes a friend, but it was so refreshing for me to see that she wasn’t driven by that.”

“As a sort of jumping off point it was like a — I wouldn’t say a challenge, it was like, let’s make this interesting, let’s make this real,” Fukunaga said. “Let’s subvert expectations, also, on what the pairing would be with Emma and Jonah and hopefully make something that we all had fun doing.” 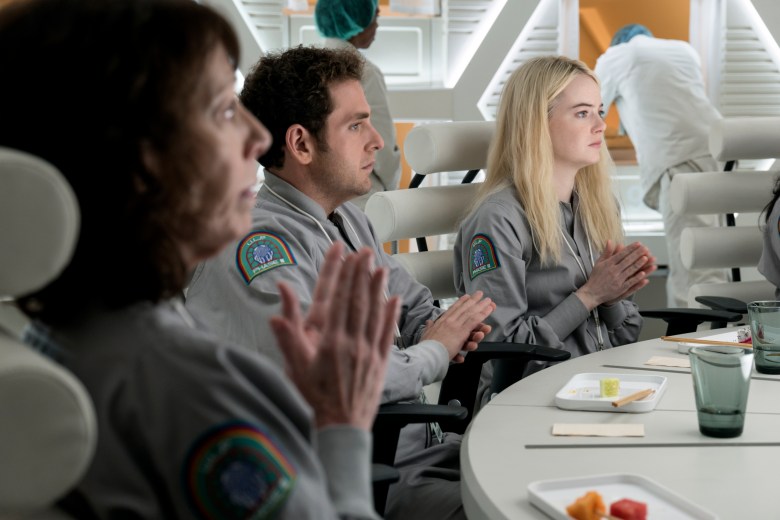 “I love that kind of technical challenge of playing all those different people and moving in and out those different realities, and trying to find what’s real and grounded within it,” Stone noted. “That’s one of my favorite things to do as an actress… Other than working with Cary and Patrick and Jonah, that was the biggest draw.”

While the bond between Owen and Annie is a sincere one, Stone loved that it’s “a true friendship, it’s not about falling in love. They clearly are married in some or exes in some, but it’s really not driven by that.”

Another unconventional element Stone enjoyed, as Fukunaga reminded her: “I think you were just excited to play a smoker.”

“I do love playing a smoker. Big time. So that’s a good element,” Stone said.

But here’s really where the show connected with her. “I have a deep sense of self-criticism that I have just lived with forever,” Stone said. “So when she says, ‘What’s normal?’ — like, what is normal? People see things all the time.”

“I really loved that message, that we are all struggling with something internally, and… it’s OK to not feel OK. We all have that in common and I don’t think people necessarily always want to admit to that.”

However, you can’t get better until you admit there’s a problem, a concept Stone saw in the moral of “Maniac.” “And you can do that through connecting with others and being honest about it. I think that’s a pretty powerful takeaway — at least for me.”

“Maniac” is streaming now on Netflix.

This Article is related to: Television and tagged Cary Fukunaga, Emma Stone, Maniac