It's the fifth award for the Amazon show tonight and the eighth overall. 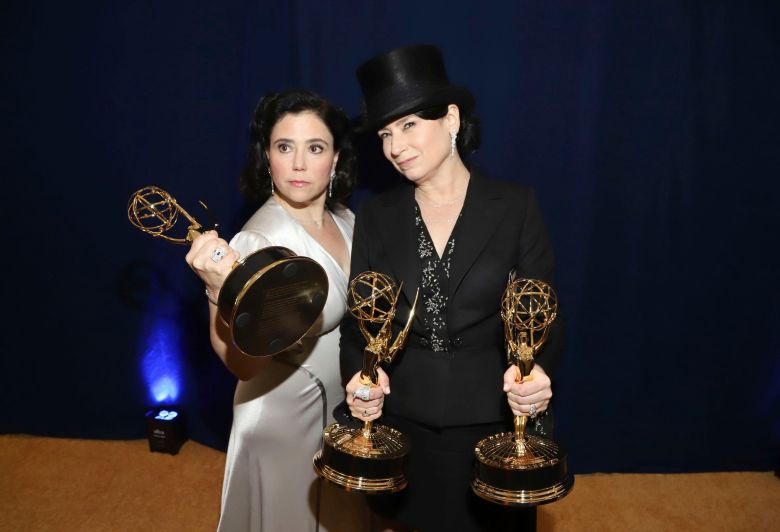 The Emmy for Outstanding Comedy Series is heading from D.C. to Greenwich Village.

The Amazon show “The Marvelous Mrs. Maisel” is the new prizewinner in the category that “Veep” had held for the past three years.

After that HBO show’s dominance, Amazon now has the first streaming series to win the Outstanding Comedy Series category. The show also won the Golden Globe for the same category back in January. Rachel Brosnahan (Outstanding Lead Actress), Alex Borstein (Outstanding Supporting Actress), and Amy Sherman-Palladino (both Writing and Directing) all won awards earlier in the night. “The Marvelous Mrs. Maisel” also won a trio of Creative Arts Emmys last weekend, including awards for Casting, Editing, and Music Supervision.

On stage at the Microsoft Theater, series executive producer Daniel Palladino accepted the award on behalf of the cast and crew. “We just wrapped a day and a half ago [on] Season 2 and we already miss working with you guys. We’re already looking forward to Season 3,” Palladino said.

For all of the 2018 Emmy winners, see the full list here.

This Article is related to: Awards and tagged Emmys, Rachel Brosnahan, The Marvelous Mrs. Maisel