Grace Park, James Roday, Ron Livingston, and more star in ABC’s clunky answer to “This Is Us.” [Spoilers] 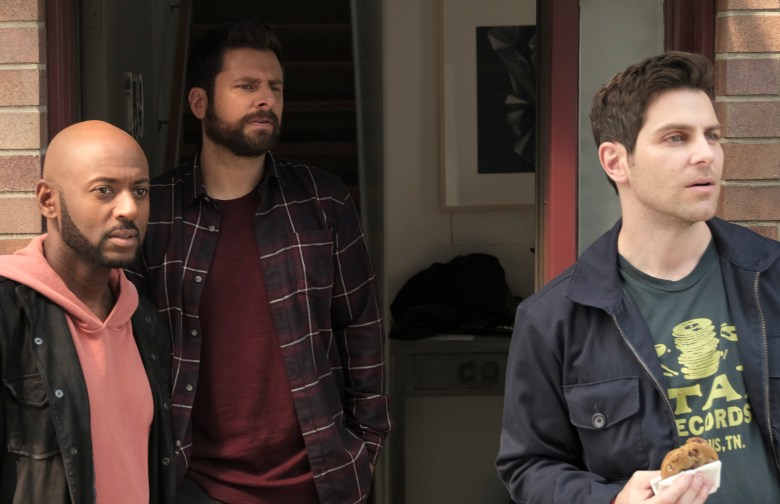 Suicide is never a simple subject. Even if a note or some other documentation is provided, the questions of “Why?” and “How could we have missed/prevented this?” persist for those left behind. Trying to come to some sort of understanding or peace is inherently going to be imperfect because the one person who could answer all of those questions is gone. Therefore trying to create a TV show with an ongoing storyline about suicide is fraught with potential pitfalls because it is told by and from the point of the view of the living.

With Netflix’s adaptation of “13 Reasons Why,” a series of audio cassettes left by the deceased serve as a suicide note of sorts to meticulously reveal the depth of bullying, peer pressure, and violence that the girl experienced in high school. ABC’s new drama “A Million Little Things” is less explicit, but similarly gives its deceased a voice through, well, a million little things set in motion before his death.

The somewhat convoluted premise, which was thoroughly laid out in the trailer, involves four friends — big-shot businessman Jon (Ron Livingston), wisecracking cancer survivor Gary (James Roday), music teacher Eddie (David Giuntoli), and filmmaker Rome (Romany Malco) — who became best buds after getting stuck in an elevator together. Besides that shared experience, it turns out they’re all fans of Boston Bruins ice hockey, and their season tickets gave them ample time to bond. By extension, each of their significant others and offspring were pulled into this bro orbit and became part of a big found family. When the perpetually optimistic go-getter Jon commits suicide, it sends the group reeling, secrets come to light that can potentially tear them apart, and plans that Jon executed before he died start to play out in unexpected ways. 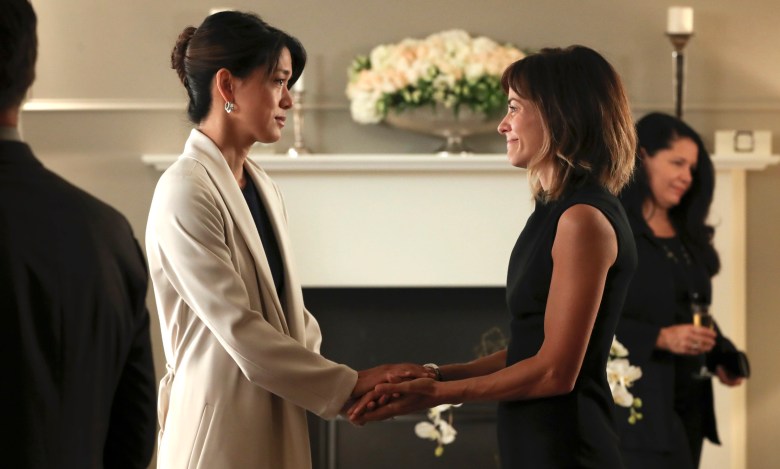 Well, they’re unexpected if you’re anybody but Jon. His mantra is, “Everything happens for a reason,” and his role in the group was often to find or mastermind that reason into happening. The reason for getting stuck in the elevator was clearly so they could become friends, and therefore Jon bought them those Bruins season tickets. He set phone alerts for special events, gave pep talks to troubled spouses, and was basically the glue that held together the group. Even in death, he doesn’t seem to be slowing down. But more on this later.

“A Million Little Things” will bring to mind another marquee network drama: NBC’s “This Is Us.” Both present a large, diverse cast that provide some game performances, all the better to handle the emotionally laden scenes. They both also like to play with numerous flashbacks and narrative twists. The difference is that while “This Is Us” usually does better with the emotional punch of its twists, “A Million Little Things” tends to spawn more questions and reveal more character flaws with each new development. Below is a breakdown of the twists from the pilot episode alone: 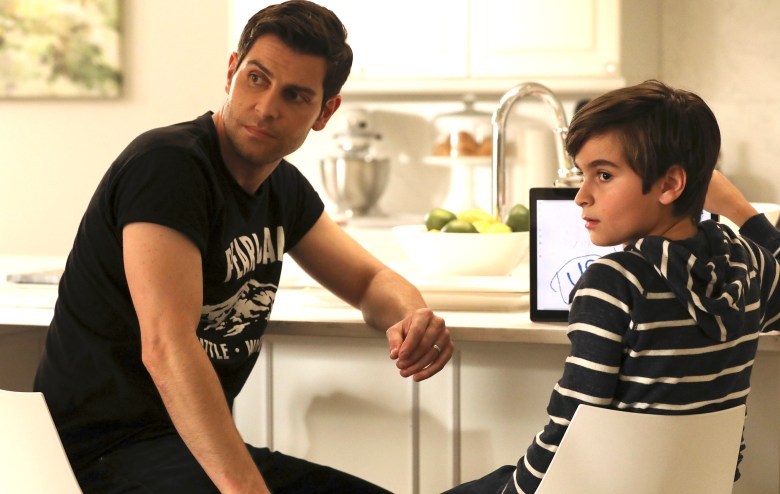 “A Million Little Things” is meticulous in how it builds to each of these reveals, laying the groundwork with flashbacks and carefully chosen words. This is the pattern throughout the first three episodes given to critics for review. There’s an expectation that more sordid secrets will have to be exposed before viewers learn why Jon killed himself.

But herein lies the show’s most troubling problem: The way it spins out the mystery makes his death and their grief into morbid entertainment. It’s like a murder-mystery dinner but stretched beyond one evening. Or, to compare it to “This Is Us,” it’s as if Jack’s Super Bowl snuffing were the driving force behind the entire show. Death by murder or accident isn’t as sensitive as suicide, though. Adding to that gruesome, game-like aspect is how Jon anticipated several events that, even in death, still are taken care of for his friends and family. The bakery is just the tip of the baguette that is Jon’s caring and generous plan for the group.

There’s a sick fascination in wanting to see what comes next. By the time the third episode rolls around, one of those schemes is executed in such an over-the-top way that were Jon alive, his friends might want to wring his neck. If he’s this intrusive and controlling in death, imagine how much more overbearing he was in life. Even before Delilah reluctantly voices her issues with being married to him, viewers can sympathize. 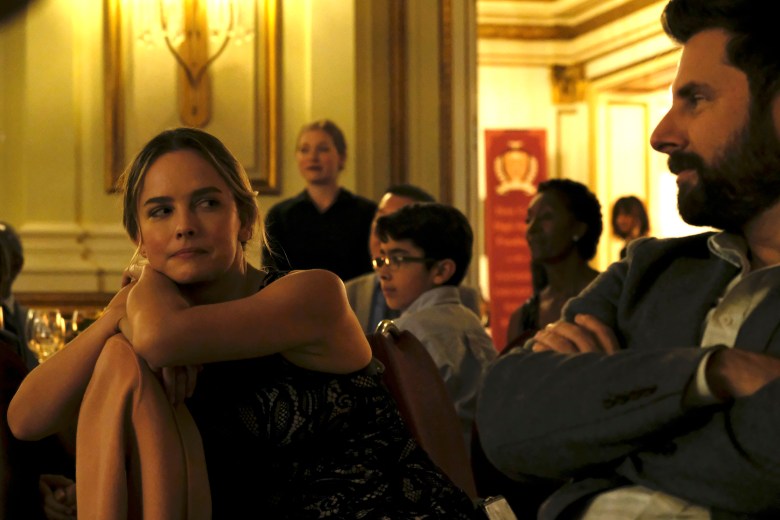 Another worrisome aspect is that Jon is made out to be a sort of untouchable sage. Sure, he was aggravatingly perfect, but he appeared to have unlocked the secret to happiness and thus wanted to spread it to his unenlightened friends and family. There’s no arguing that a more positive outlook in life — the “everything happens for a reason” argument — affects one’s personal happiness, no matter what life throws at you. But if this is taken to its logical extreme, then Jon’s suicide was done for a reason, and a good reason at that. Grief, depression, or desperation are heartbreaking rationales accepted reluctantly by society. But for Jon to willingly kill himself in a way that is consistent with his M.O. would mean he sacrificed himself for something better to happen. This is a bonkers and dangerous idea, but also one that seems to reduce suicide into a noble act.

Through all of this, Roday is arguably the breakout as the sardonic Gary who rages against the Jon machine the most, while Giuntoli and Malco, while adequate in their portrayals, feel underwritten as far as exhibiting actual personalities. With such a big cast though, no doubt they’ll get their chances to shine. They’re similarly balanced by the women, with Miller proving to be Roday’s equal. Park, who joined the cast late, doesn’t really get to come into play until the third episode, but her character appears far more promising than the workaholic character seen in the pilot.

There are more character depths to be plumbed, and this is what gives the show the chance to change. The series has many more episodes to go before possibly reaching some sort of answer, and that means more unearthing of shameful secrets and Jon’s postmortem arrangements. Each twist can potentially upset the direction that the show seems to be heading in and instead create something profound. But for now, it feels like a well-orchestrated attempt to force melodrama into meaning while hooking viewers with an icky sense of ghoulish curiosity. After all, “A Million Little Things” happens for a reason.

This Article is related to: Television and tagged A Million Little Things, ABC, TV Reviews